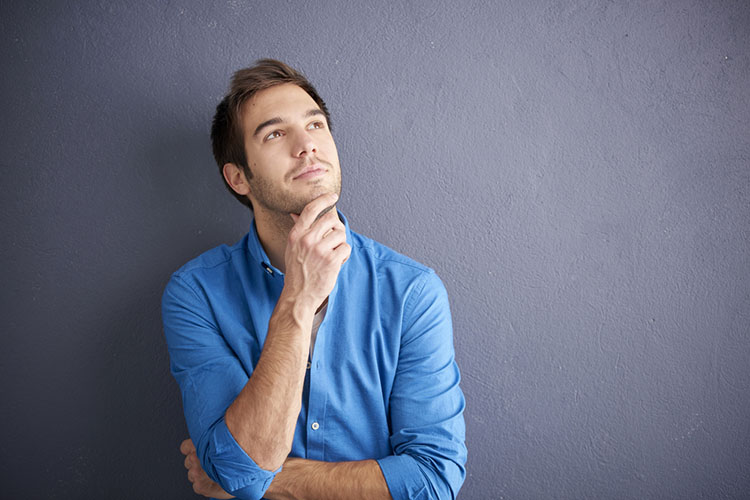 Today, my Facebook Ads account got shutdown. I was pretty distraught all morning. All I did was test an ad to an affiliate offer. I suppose that’s where I went wrong. Or was it? I still can’t get a straight answer out of Facebook. Not even a warning. Nothing. Just, poof. And it’s gone. Done. No more ads for you (Soup Nazi from Seinfeld voice). I know, I know. I’m trying to poke fun at a pretty dire situation. I suppose I’m deflecting.

The crazy thing is that we all rely so heavily on Facebook. Everyone is there. I mean everyone. And the targeting is so detailed that losing that source for revenue would just be disastrous. I knew something was amiss when I got billed for Facebook ads a week before the month finished out. I thought that was strange. When I went into my account to check it out, I noticed that I couldn’t create new ads and all my ads had been turned off.

I panicked. I mean, Facebook is the primary medium for advertising just about anything. Not even Google comes close to the same ROI and detailed targeting you can achieve on Facebook. So I appealed the decision. No luck. I appealed it again. No luck. So all I can do is wait and try again. I’m not sure if this has happened to any one of you, but it’s pretty depressing to say the least. This just makes me think about all the perils that us entrepreneurs have to face on a daily basis.

It’s funny because yesterday was such a great day. Then this happened. It’s funny how so many good things can be happening and then one bad thing strikes and it throws you off your entire game. I’m out here in Orlando at Funnel Hacking Live 2018 with so many talented and gifted marketers, and all I can think about is this right now. I’m sure the feeling will pass. I’m sure that I’ll eventually get all this sorted out. But right now, I feel miserable.

However, I also know that I have to keep everything in perspective. I know that there are tons of great things happening and if I choose to focus on this, then I’ll feel worse. So, I have to follow some of my own advice and feel grateful for the good things and expect the problems to sort themselves out. It’s true though. Because, worrying about something is only going to stress me out more. That’s why it’s so good that I have this outlet to share with you guys.

I know that all of you go through your own personal struggles. I know that life can be hard and that bad things can happen to us. It’s happened to me a fair bit of my life. Especially when I’ve had to deal with cataclysmic failure. Those are tough times. And I don’t wish them on anyone. But there’s also something to say about treading through the sea of failure and emerging on the other side.

Although this morning I was distraught, yesterday was epic. I got to see so many talented marketers make presentations. People who have built 8 and 9-figure businesses. That just astounds me. I love hearing those stories. It’s the underdog story. Like the one of Sylvester Stallone before he made Rocky. Did you know how badly he was struggling? He had to sell his dog just to pay his electricity bill.

Hearing people go from next to nothing to making 7 and 8 figures is just so inspiring. I truly love those stories. And although many of us think that it’s virtually impossible to make that amount of money, people are doing it every single day. If you know anything about ClickFunnels, you likely know about the 2 Comma Club. That means someone’s made at least a million dollar in a single funnel. There’s one award going out like that every single day. Yep. Every. Single. Day.

What Russell Brunson said is that once you have the ‘What’ and the ‘How’ figured out, moving from 0 to 7 figures is fast. Even going from 7 to 8 figures. So we’re talking a million to 10 million or more. People are literally doing this within months. Not years. Months. Seriously. If you want to quickly grow a business, you need to figure out those two things first and foremost. It just means sitting down and really figuring out who you want to serve, what the offer is, and how you’re going to sell it to them.

While it all sounds so basic and straightforward, everyone knows that it’s anything but that. It takes hard work. It takes building funnel after funnel after funnel just to get it right. I mean, if it were so easy, everyone would do it. Right? Of course. Anyhow, I’m here in Orlando for several more days. Looking forward to seeing all the other presenters and getting to network with some really savvy marketers. There is just so much talent in that room that it really blows my mind.

There really is something to say about surrounding yourself with people playing at the highest levels. It inspires you to push harder. Why? Because when you see what others are achieving around you, it gives you the spark to go further. It means throwing the excuses out the window. Getting rid of bad habits. Staying persistent. And never giving up. That’s the reason why I’ve been networking with all these people. That’s why I’ve been adding as much value to their lives as possible.

I think there’s an enormous lesson here. I know I’ve said it before. But go out there and find ways you can help successful people. Reach out to them. Provide whatever service you normally provide, but do it for free. Really go out of your way to add value. Reach out to them and keeping reaching out until you get hold of them. It can seem frustrating at first. But, just one good contact can literally make a world of difference in your life.

They always say it’s not what you know, it’s who you know. And they’re so right. Having the right rolodex makes things so much easier. It’s not easy in the beginning. But I assure you that rather than directly trading your time for money, go out there and work for free for the most successful people you can find. It sounds backwards, but I assure you that it will change your life. Just always be adding value. Don’t look for short term gains. Look to advance yourself in the long term.

"Discover How To Start Your Home-Based Amazon Business Today (Step-by-Step)!"