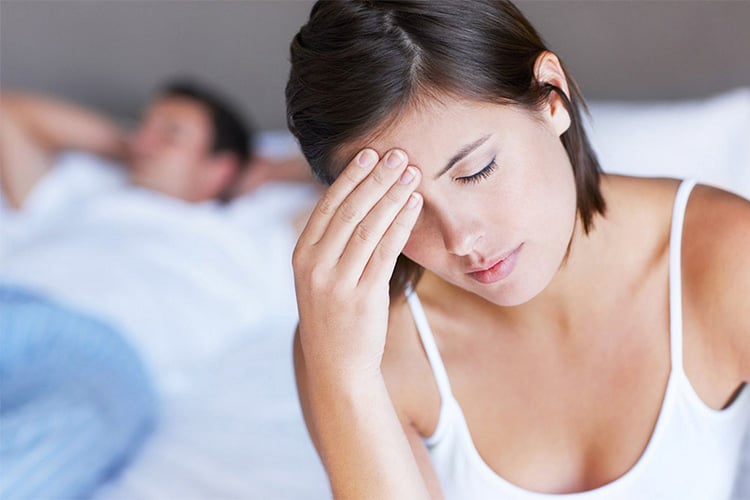 We all worry. We worry about work. About school. About money. About friends. About family. About the holidays. And about life in general. We’re constantly worrying about things, causing frequent anxiety, stress, and fear. It’s natural to worry. But, when worrying becomes a bad habit that stops you from truly living your life, something needs to be done.

I know it’s easy to say we should just stop worrying and live our lives. I don’t know you and I don’t know the types of problems you have. But what I do know is that we get what we focus on in life. I’ve been through the ringer and have had my share of monumental failures, so I know what it feels like to be constantly worried. But I also know what it feels like to take a chance and live life to the fullest.

If you’ve landed here, then we must be kindred spirits in some aspect. Because, I truly believe that nothing in life is by chance. There’s a grand design to it all — a bigger picture if you will. And while succeeding is a great thing, it’s also a time when we pay less attention to the finer details. On the other hand, when we fail, we tend to ponder.

While it’s okay to worry some of the time, constant worry is an almost direct route to more problems. Worrying releases stress hormones such as adrenalin and cortisol, which negatively impact us mentally and physically by reducing our body’s natural immunities, increasing our level of stress, negatively affecting our diet and digestive system, and much more.

However, if you want to stop worrying and start living your life, there are some proven and effective methods for doing just that. While nothing is going to entirely take all your problems away, by shifting your focus and creating a deeper understanding for the bigger picture, we can all help to alleviate some of the enormous weight resting on our shoulders.

Simply put, nothing is going to happen overnight. Worrying is definitely a habit that can become ingrained in the mind, like any other habit we might have. And, like any other habit, it’s possible to quit worrying and start really living your life by following a few simple rules and keeping a few key principles in your mind to break the habit and replace it with a new one.

#1 — Whatever it is that you focus on in life, you’ll get more of

What many of us don’t realize is that our subconscious minds are controlling our lives. The fact of the matter is that the mind is very much like the lens of a camera — you get whatever it is that you focus on. If you focus on problems, you’ll see more problems. If you focus on something positive, eventually you’ll start seeing positive things and steering your life in that direction.

While it’s hard to shift your focus overnight, it’s something that you can do gradually over time. This doesn’t mean you have to ignore your problems. Quite the contrary. You have to acknowledge your problems, but focus on the solutions. If you live in the problem, it will only get worse and your worrying will only increase.

While it’s natural to worry and stress about a situation, the more it’s done, the worse off you’ll be. Instead, focus on what it would take to resolve your problems. Put all of your energy into the resolution rather than worrying about the circumstances. We are not simply a product of our circumstances if we don’t allow ourselves to be. Anyone can change and improve, turning a negative situation into a positive one.

Often, when we worry, the fear for potential failure that we build up in the mind, is far greater than the actual failure itself. It’s no secret that we’re experts in making mountains out of molehills, so to speak. But this does a number on our way of thinking and emotional stability. When we fear failure so deeply that it actually translates into physical sicknesses, then we know we really have a problem.

While we will all do more to avoid pain than to gain pleasure in the short term, we need to flip our thinking so that we look more to the long term. We must ask ourselves questions like, “Why am I so worried? What’s the worst that can happen if I just take a risk? What’s the potential outcome 2, 3, 5, or even 10 years from now?

When we can associate more pain to not taking the risks rather than taking the risks, we can alleviate some of our worrying, and begin to live our lives. Because, life isn’t just about going to a 9-to-5 job just to keep your head above water and pay the bills. Life is about being passionate and living out your dreams, no matter what you have to go through to get there.

#3 — Remember that you’ve got this — you’ve pulled through before, and you’ll pull through again

But, what you have to realize is that, you’ve got this. You really do. You’ve pulled through in the past, and you’ll pull through again. And, whatever doesn’t kill you, truly does make you stronger. Worrying isn’t going to make the situation better. There’s a reason why we go through trials and tribulations in life. We’re tested for a reason.

So, all you have to do is realize that you’ve pulled through in the past and you’ll pull through again. Jot down how you were able to figure out a once-desperate situation. Recall the times when things seemed dark and bleak, but somehow, one way or another, you figured it out. You did it before and you’ll do it again.

As soon as a negative thought crosses your mind, the kind that sparks worry, stress, and anxiety, it’s your job to disrupt that thought. You must interrupt the common patterns that put you into a state of deep worry and stress. But, in order to do that, you have to first identify the negative beliefs, thoughts, and behaviors that lead you into that desolate state.

I talk about beliefs because worry is born from a state of negative beliefs. We worry because we believe we’re not good enough, smart enough, or capable enough to see something through. We worry because we don’t think we have what it takes. That leads to negative thinking, and a set of resultant behaviors that help to close the loop of negativity.

To disrupt the beliefs, jot them down as they cross your mind. Why do you believe that about yourself? What made you feel that way? Was it an experience in the past? Was it an experience of someone else close to you? Then, you need to flip the script. Re-write that negative belief into a positive one, and continuously repeat the positive one to yourself over and over again.

Every time that negative belief crosses your mind, replace it with the positive one. Keep in mind that patterns of thinking are habitual. And, habits take anywhere from 18 to 254 days to form, with an average of approximately 66 days. To be safe, spend 90 days reshaping your beliefs. Repeat the new, positive beliefs, over and over again until they become intertwined with your way of thinking.

I can tell you firsthand just how bad it feels to have people talk negatively about you. It doesn’t feel good. It never does. But, what I learned long ago, and I’m hoping that you can too, is that others’ opinions of us do not directly translate into our own self-worth. When people put us down or talk behind our backs, it doesn’t mean that somehow our lives are meaningless or that we’re less important.

Bullying has been around since the dawn of time and it will always be around. The biggest challenge, however, is to overcome all of that negative talk, transcending it on this journey that we call life. The sooner we can ignore the naysayers, the sooner we can stop worrying so much about what others think of us. Because, at the end of the day, the only thing that matters is that you’re doing the right thing. All else should fall to the wayside.

While it isn’t easy to overcome the noise and move past the pettiness that pervades everyday life, we absolutely must if we want to have sound mind, body, and spirit. There’s simply no way to keep a calm spirit when we’re battling and facing so many demons, and spending all of our time steeped in the negative realm rather than the positive one.

Learn to move past that. Make a conscious decision right now to do it. Decide, right here in this very moment, that your life means more than others’ opinions of you. And tell yourself you’re not going to worry about it anymore. It’s just not that important. It’s not worth your mental health. Just keep doing you and moving forward. All of the rest will eventually fall into place over time.

#6 — Anything in life that’s worthwhile, will never, ever come easy

Part of what makes our society tick, is the notion for instant gratification. We want what we want and we want it now. Why should we have to wait? We’re so used to getting fast-everything, that we’ve become a culture that lacks the patience to see certain things through. And, part of our worrying is born from the fact that things don’t happen overnight. They take time.

When we come to the realization that anything in life that’s worthwhile, will never, ever come easy, we can alleviate a little bit of our worries. Over time, those sleepless nights, times spent stressed and worried, and the constant and never ending fears, will all be worthwhile. Whatever it is that you’re pushing towards, and whatever it is that’s in your way, it will eventually work itself out.

You know the saying, right? Tough times don’t last; tough people do. Once we can shift our perspective from the short term to the long term, and realize that nothing great will ever happen quickly, we can stress and worry just a little bit less. It won’t take it all away, but the constant and continued action towards improving whatever area of our lives we’re focusing on, will certainly help to take some of the mental focus away from problems and negativity.

Worrying does a huge number on us. It takes away on every level. Physically. Emotionally. Spiritually. Financially. And mentally. But, in order to move away from worry, not only do we need a major shift in our focus, but we need a strategic plan for the future. We need to set goals, create a plan, take action, persist, and never give up.

By setting goals, creating a plan, and taking action, we’re at least moving away from whatever it is that’s mentally ailing us. But, when we just wallow in the misery and despair of our situation, nothing gets better. It gets worse. In that way, we tend to worry and stress even more, potentially causing huge physical ramifications for us in the form of vulnerabilities to sicknesses and diseases, and a long-term decline in general health.

But possibly the worst part about worrying is the desire to give up on something. We want to give up because something might be too difficult or take too long. We might want to give up because we question our ability to achieve something as well. However, as long as we stick to the plan, we can stop worrying over time by seeing our goals through. While it won’t solve all of life’s problems, it will help to make some things just a little bit easier on us.