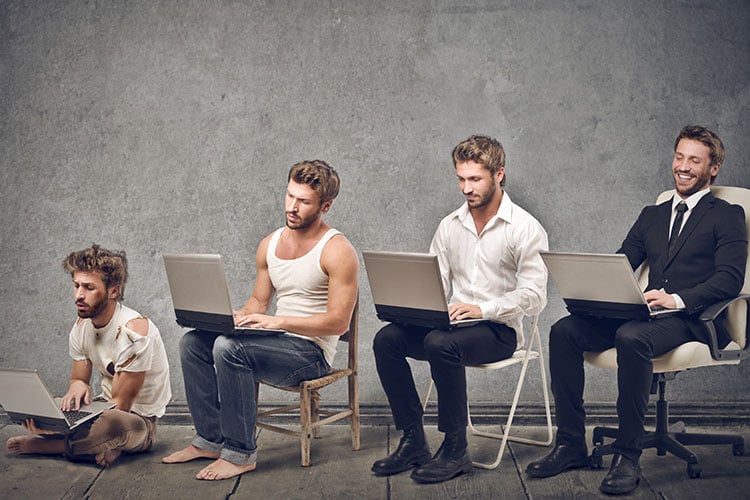 “I have always said that everyone is in sales. Maybe you don’t hold the title of salesperson, but if the business you are in requires you to deal with people, you, my friend, are in sales.” — Zig Ziglar

You know what they say, right? There’s nothing like immersion. If you want to learn something, immerse yourself into that field. For me, immersion has been key for learning from some of the brightest and most successful entrepreneurs. In a series of recent talks and interviews, I’ve had the opportunity to glean insights into sales and marketing from some of the brightest marketing minds on the planet.

My quest? Figure out what moves the needle. You see, the strategies that can grow your sales from 6 to 7 figures differ drastically from what can propel you from 7 to 8 figures. Most entrepreneurs have the former figured out. If you don’t, that’s alright. You’ll get there. But, often, what happens when we get to 7 figures is we get stuck. Maybe it’s being stuck in the mindset that we can’t push forward, or maybe it’s something else.

However you look at it, it’s different. Going from 7 to 8 figures is a big leap. 8 to 9 figures is an even bigger one. And so on. Now, 8 figures means $10 million or more in sales. It could be a dollar shy of $100 million. But any way you slice it, 8 figures is hard. If you’re stuck at 7 figures right now, then you likely understand the struggle. Scaling a business is hard work. That much is pretty obvious. However, at its core are 3 key strategies that will get you there.

To that end, I chatted with Harry Massey, founder of NES Health, a company that’s quite literally revolutionizing the healthcare industry. Skyrocketing past $20 million in sales recently, I asked Massey this specific question: how do you grow your sales from 7 to 8 figures? And how do you do it without losing your mind in the process? Is it easy? His response? Heck no. But there is a path forward. It’s not the one of least resistance. But it is the way forward.

3 Strategies to Fuel Your Sales Growth

I’m constantly impressed with entrepreneurs who can overcome great odds to succeed. Massey, like other highly successful entrepreneurs, did just that. 8 years ago, he was bedridden. It was the product of extreme exhaustion and the onset of chronic fatigue syndrome (CFS). It’s a disease the affects 17 million people around the world. And it hit Massey hard. Recovering from CFS was brutal. But he did it.

Through that process, Massey, a mad scientist, did significant work into the Human Body Field with Peter H. Fraser. That research lead him to discover the frequencies that the human body and its organs and systems require to operate at an optimal level. And, he created a machine to diagnose health problems and to fix them with something that he’s coined infoceuticals.

That journey brought him to found NES Health, a company that’s carrying out his mission to change the face of healthcare and how we treat disease and illnesses. Now, Massey’s mission is to help people millions of people around the world struggling with sometimes untreatable diseases.

But my obsession here was less about his mission and more about how he moved the needle to take the company into a stage of hyper-growth. How did he move from 7 to 8 figures? What had to change in the buying cycle to make that happen? That’s the question. Because, hitting 7 figures often isn’t too difficult, especially if you have a product or service that adds real value to the world.

One important thing that I learned from Massey was in building out front-end funnels to attract customers. What most people don’t realize is that acquiring a customer is expensive. But if you can acquire that customer and spend $40 but you broke even by having a low-ticket front-end offer that netted you another $40, then you just acquired a customer for free. Then, you can ascend that customer up your value ladder.

Building front-end offers was huge for Massey. He wanted to find a way to bring customers into his world. To do that, he started making films. One such film was called Supercharged Life, a film focused on creating abundant energy. Through that film, he was able to create a gateway to a low-ticket front-end offer at $49 that brought customers into his world. Now, you don’t need to make a movie to do this. It can be done through other avenues.

Other methods for doing this are through book funnels. Instead of creating a movie, write a book that will introduce people into your world. That book should be marketed through a free-plus-shipping offer. Entrepreneurs like Frank Kern, Dean Graziosi and Russell Brunson are fervent believers in this model, and promote them vehemently. Why? Because, once customers are in your world, they can ascend your value ladder.

One thing that Massey did that really took his business from 7 to 8 figures was to employ the webinar sales model. Webinars are one of the most powerful mediums that will bring customers into your world. It’s a hypnotic medium for congregating customers in a place where they’ll be entrenched in whatever it is that you’re selling. Webinars are so powerful that they can even be used to sell products as an affiliate, something Jason Fladlien has done to the tune of over $100 million.

The webinar model really took Massey’s business to the next level. It helps to break and rebuild limiting beliefs. When done the right way, and when incorporated with something called the stack, a term coined by Brunson, who attributes it to Armand Morin. The stack is used to sell prospects because the human mind will only remember the last thing that it sees. If you don’t stack the price and the bonuses, the prospect will only ever remember the last thing that you showed them.

Massey leveraged the power of the webinar to boost sales significantly. He used the power of storytelling to convey the true meaning behind what he had discovered. That webinar has made Massey tens of millions of dollars. And it’s also taken NES Health and turned it into a global brand used by health care practitioners all around the world.

Teamwork makes the dream work. And without the proper team, you simply can’t take your business to the next level. The question that I had was how do you go about building a solid team? If you look at businesses that are clocking 8 figures, 9 figures and beyond, they have a solid core of employees who champion the company’s mission. Massey told me that the team build out was one of the most challenging aspects of the business.

What most companies experience during this high-growth phase is called churn. They churn through employees. They often leave, only to be replaced by new ones who have to catch up on the company culture and operating procedures. It’s difficult having to expend resources into your team when the churn is so high. It’s also one of the most stressful aspects of a business when you have to constantly hire and fire.

So how do you go about building a solid team? Ensure that they vibe with your company’s mission and culture. Massey says that once he overcame this hurdle, it was blue skies. But, for each company this is going to be a bit different. That’s because every company develops their culture a bit differently. For example, if you have a private group on Facebook with raving fans, that’s an easy way to go cherry-picking for your next employee.

Massey says to be thorough. Research what some of the other big players are doing. It’s not all about an exhaustive screening process, but you do need to be meticulous. Ask the right questions if you’re looking to score team players who will champion the company’s cause and not throw in the proverbial towel and give up when the going gets tough. You’re looking for warriors who will show up day-in and day-out no matter what.