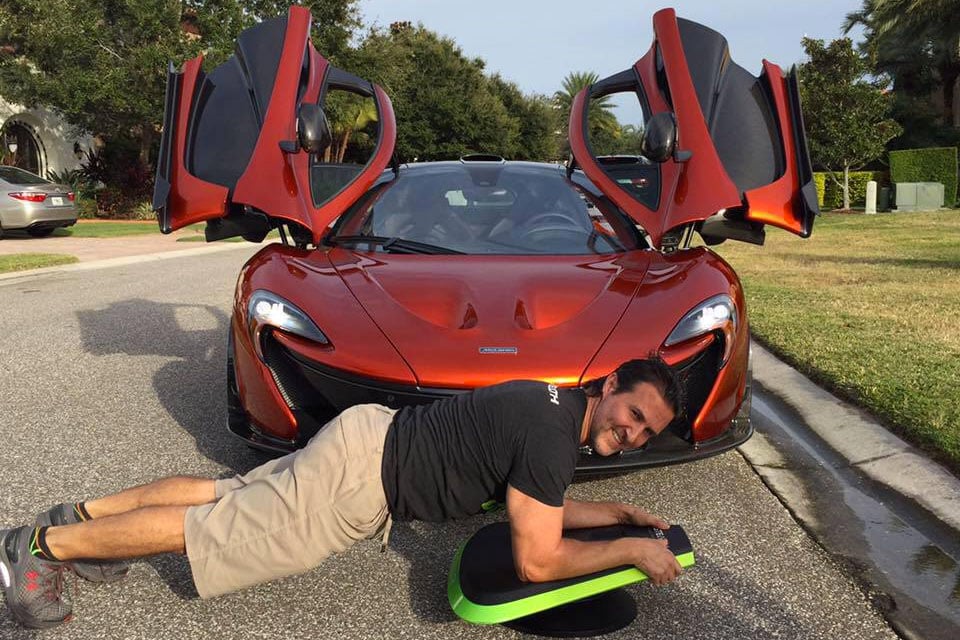 “Let me tell you something you already know. The world ain’t all sunshine and rainbows. It’s a very mean and nasty place and I don’t care how tough you are it will beat you to your knees and keep you there permanently if you let it. You, me, or nobody is gonna hit as hard as life. But it ain’t about how hard you hit. It’s about how hard you can get hit and keep moving forward. How much you can take and keep moving forward. That’s how winning is done!”
― Sylvester Stallone, Rocky Balboa

I am one of the lucky few. Someone  who gets to call Howard Panes a friend. But he’s not just my friend. He’s a mentor. A business partner. And someone who I look up to. He’s someone who’s achieved the pinnacle of success in life. Attained an astronomical net worth. Generational wealth, if you will. A person with so much money, he couldn’t spend it in 10 lifetimes. But beyond all that. Beyond the glitz and hypercars and the mountains of money, is a human being that’s so raw and real that it motivates and inspires me beyond words.

Now, I know what you’re thinking. This is some piece concocted and crafted to gloat and elevate a man based on material success. But I assure you, it’s not. This is meant to open your eyes to the possibilities of what you can achieve when you put your mind to it. Because, here’s the thing. Spending time with a person like Howard Panes is enlightening. It’s eye-opening, to say the least. It’s an ode to the abundance of the human spirit. To the sheer strength and determination and will to fight back when life knocks you down.

It was Sylvester Stallone who once said that “You, me, or nobody is going to hit as hard as life. But it ain’t about how hard you hit. It’s about how hard you can get hit and keep moving forward. How much you can take and keep moving forward. That’s how winning is done!” That quote aptly portrays the life of Panes. Why? Because until the age of 43 years-old, life had knocked him down plenty of times. In fact, nearly all his businesses had failed, one after another after another. But that didn’t stop him. Not one bit.

He fought. He grit his teeth. He traversed through the shadows of death. Waded through the seas of hopelessness and despair. Yet he emerged on the shores of hope. But here’s the question. After a string of failures throughout his life, how did he muster the strength and the will to persevere? Just imagine this for a moment. You’re 43 years-old. You have a line of credit for $600,000 that’s tapped out. The bank takes your house in a short sale. And you have no money left. To add to that, you’re dealing with a messy divorce. You have children, bills piling up like no tomorrow, and the stress is rocketing through the roof.

So how do you proceed? How do you gather the strength to not only survive. But also to thrive. You see, here’s the thing about the human spirit. We were made to thrive. Not just survive. But when your back is against the wall and you’re pushed beyond your limits, what choice do you have? When you’re at the edge of the cliff, and you have to claw your way back or suffer total and ultimate defeat, you have no choice but to keep fighting the good fight.

Who Is Howard Panes?

Yet, there are plenty of people out there who allow failure to totally defeat them. They allow the opinions of others to become their new reality. They give up. They throw in that proverbial towel and they relent. But that’s the difference between the people who win big and those who allow life to bring them down, isn’t it? In fact, the most famous and successful people have failed the most times. It’s not about how many times you fail. It’s about how many times you get back up afterwards.

I quoted Stallone here because many people don’t know that he was rejected 1,500 times by talent scouts in New York City trying to make it big. To add to that, Stallone was so broke that he had to sell his dog for $25 just to pay his electricity bill. In tears, that was one of the roughest moments of his life. Yet, Stallone didn’t stop. He didn’t relent. And there are so many parallels between those two stories.

The funny thing is that the media doesn’t portray the lows. Only the highs. You can’t see what a person did to achieve success at the highest level. Oftentimes, you only see the final outcome. After years and years of hard work, that person seems to have achieved wild success overnight. But it doesn’t happen that way. It never does. That’s why Panes’ story is so intriguing. It’s the true American Dream personified. A story of rags-to-riches. There is no greater level of success. In fact, Stallone’s net worth pales in comparison to Panes.

But the real question that most people ask is, who is Howard Panes? I mean, who is he really? The funny thing is that you would never know how wealthy Panes was if you just met him on the street. He talks to everyone. Strikes up a conversation with the most random people out there. The truth is that there is no filter when talking to Panes. There is no ego. Away from all the hypercars and million-dollar watches, he’s just a regular guy. Someone who’s achieved success at the highest level but hasn’t let that get to his head.

When you make that much money, it’s easy to be arrogant. But what most people , it’s efficacy. You’ve just self-fulfilled your own prophecy. Much like a large majority of what Elon Musk often says is just choked up to arrogance. But when you see him overcoming the so-called odds that the media love to portray him up against, you realize that it wasn’t just smoke and mirrors. He actually achieved what he said he was going to achieve.

Panes, like Musk, isn’t goofing off. He isn’t acting like a clown. You see, when you’re that intelligent and that successful, you become so confident in yourself that people that you become the standard that people look up to. And that’s a standard that most people want to surround themselves with. Especially those who are trying to climb to the proverbial top. But you know why? Because it’s infectious. You realize that this person standing right next to you, struggled with the same things you once struggled with. It makes them human and relatable. A very real person, if you will.

You see, as human beings, we often flock in herds. We tend to surround ourselves with link-minded and link-achieved individuals. The truth is that it hurts to be around ultra-successful people. Especially when you’ve failed or given up on your hopes and your dreams. But there is true value in not being the smartest person in the room. There is true value in surrounding yourself with people playing at the pinnacle in life. That’s how I feel around Panes. In fact, that’s how most people feel.

How Did Howard Panes Make His Money?

Okay, okay, enough with the stories, right? Want to get to the juicy meat and figure out how Howard Panes made his money? He saw an opportunity and he seized it. He often portrays this as luck to me. He says, “I got lucky.” But I know the truth. I know how hard he worked. 18-hour days for 5 years will make anyone’s dreams come true. That’s how you do it. You put in the time and you do the work.

There’s no way that Panes could have achieved an astronomical 10-figure-in-sales business with Logic if he didn’t put in the work. But he also didn’t shy away from the challenge. Although he was broke at the time, he borrowed $10,000 from his dad to start Logic with his business partner, Ellie. That takes guts. Can you imagine what that conversation was like? “Dad, I need to borrow $10,000 to start this new business. Can you lend it to me?”

Ordinarily, any parent would support their kid. But can you imagine his dad being so supportive, that even after 43 years and multiple failed attempts in business, for still believing in him so wholeheartedly that he went all out for his son? But can you also imagine what their relationship is like now? Truly remarkable. And that’s the beauty of the human spirit. That’s the beauty of having true drive and determination.

So, how did Panes make his money? Through Logic. In fact, he created the disposable electronic cigarette, bringing it to the masses. A company he later sold to Japan Tobacco International. He’s a pioneer. An inventor. And also the founder of Stealth Body Fitness, a product that lets you “Game Your Core” using a 3-minute-per-day work out that entrenches a gamified app in your phone that swivels 360 degrees on a slick board.