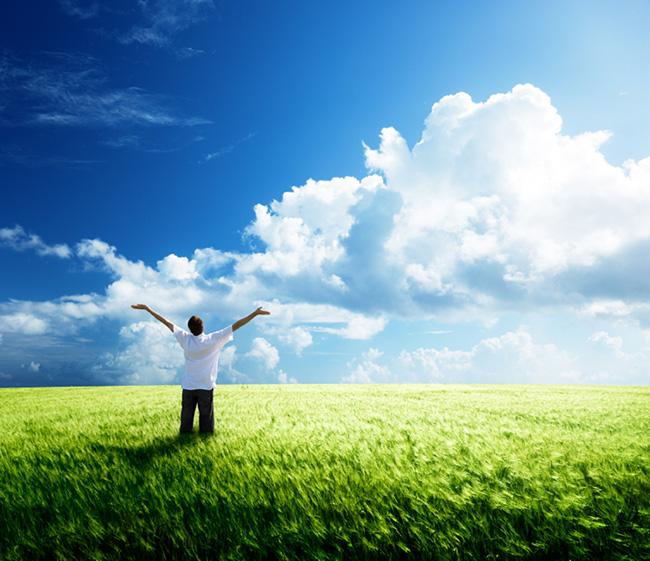 “Efforts and courage are not enough without purpose and direction.”  — John F. Kennedy

Leading a Life Filled with Purpose

We all have hopes and aspirations for our lives. We think about the kind of car we want to drive, the job we want to have, or the home we want to live in. We have loose-knit goals that we’ve obscurely formed in our minds.

But we’re not happy.

We go from day to day wishing and hoping for things that never seem to materialize. We tend to lack a sense of purpose that doesn’t push us past our present-day limitations nor helps us to break down the barriers to achievement.

Without purpose, we’re left floundering, like a fish out of water flapping around in a fight for survival. But how do we live a life filled with purpose? How can some people wake up each and every single day juiced about life? How can those same people have an undying purpose that helps to carry them through the tough times?

Well, living a purpose-driven life isn’t a concept that’s new or cutting-edge, but it’s something that’s most certainly necessary and revolutionary at the same time. When you live a life that’s driven by a clear and undying purpose, things take on a different meaning.

Finding your Purpose in Life

If you’ve set goals in the past that weren’t aligned with your core values and beliefs, you might have found yourself getting frustrated and eventually giving up. When what we say we want and what we truly believe on the inside conflict with one another, we experience frustration, fear, anxiety, and worry.

Usually, when there’s a conflict with our core values and beliefs, we tend to give up. We push and push towards something in life that we thought we once wanted, but we hit that proverbial brick wall and throw in the towel. If this has happened to you in the past, then it’s time to align your goals with who you are and what you actually want out of life.

Your Core Values and Beliefs

How is this done?

Firstly, for your core values, you’ll need to come up with single-word values on what you value most in life. Have you put some conscious thought into this at all lately? If you haven’t, don’t worry. But it’s time to dig deep down inside and materialize your values out in front of you.

Grab a sheet of paper and pen, and start writing out what you value. Come up with a list of 10 values that you hold in the highest regard. You can find a great list of 418 values here. For example, here are 10 common values:

Now, your list is going to be different than this. There are hundreds of values that you can have, but the 10 top values are the most important to you. But, to understand your core values, you have to narrow this list down further to 3 absolute must-have values. Those will be considered your core values.

We all value many things in life. However, when we can narrow down specifically what we value out of life to the top 3, we can achieve a greater clarity in the pursuit of our hopes and our dreams. When goals conflict with core values, then those goals might not actually be what you want out of life.

For example, in this list, I would narrow it down to:

If one of my goals isn’t inline with these three core values, then it means that I have to take a closer look at my goals and quite possibly rewrite them. Similarly, when you write out your own core values, you can compare them to your goals and ensure that your goals are in harmony with those values.

Aside from your values, your beliefs are helping to drive your life. What do you believe in? These aren’t just the superficial beliefs, but the ones that run deep-down to your core. Think about just how powerful your beliefs are. They help to govern and control the direction and output of your life.

If you believe wholeheartedly for or against something, you’ll manifest that eventually.

But finding your true beliefs is often hard. For example, you might say you want to make more money in your life, but if you’ve been taught to believe that “Money doesn’t grow on trees,” or that “Money is the root of all evil,” your own beliefs might be holding you back.

Think about some powerful beliefs for a moment. I’m talking about politics, abortion, gun control, and so on. Think about how strong some peoples’ beliefs might be. It’s hard to change what people believe in or why they believe in it. So, you have to uncover your own beliefs to see how they’re governing your life.

So, how is this done?

Considering that most goals revolve around either money, people, relationships, or health, you have to uncover what your beliefs are in these areas of life.

Here are some examples:

Of course the beliefs can go on and on. Even though some of these aren’t conscious beliefs, they’re unconscious beliefs that have been developed over time. For that reason, they may be uncomfortable or difficult to unearth. You might not want to feel this way, but you do. And, deep down inside these beliefs are holding us back from attaining certain goals.

Of course, we also have positive beliefs as well. But, for the most part, the beliefs that hold us back from achieving our goals are negative and critical, both of ourselves and of others. However, if you want to live a purpose-driven life and be able to achieve all of your goals, you have flip the script on your beliefs.

Flipping the Script on your Beliefs

By rewriting your beliefs so that they’re positive, they’ll help to support your goals.

How does this work?

It’s easy. All you have to do is write the exact opposite out of your beliefs. What do you believe in when it comes to those four areas of your life? If you think that people are greedy and that money is the root of all evil, you have to change that. If you have money goals, then your beliefs have to support you.

Rewrite your beliefs so that they’re positive. Here’s an example:

After you rewrite your beliefs, you have to drill them into your mind. Say them in the morning, during the day, and at night, until they are ingrained in you. Repeat them until they are part of your mentality. Habit formation takes 3 to 6 months, so you have to convince yourself of these beliefs in order to make them real and have them support you.

In order to live a purpose-driven life, your goals have to be inline with your core values and beliefs. If you’ve never written out your goals before in the past, now is the time to do so.

Goal setting is important. It allows you to materialize your true desires in front of your mind’s eye. Without actually setting goals, we tend to not have a concrete direction in life and get sidetracked much more often.

Once your goals are inline with what you value and believe in, you can achieve anything. But, the longer that there’s no harmony there, the longer it’s going to take you to achieve your goals.

Once you have goals that are inline with your values and your beliefs, you need a mission statement in order to tie it all together. Companies write missions statements to set the tone and direction for the corporate culture. And you must do the same. If you don’t have a mission statement, then you can’t live a purpose-driven life.

But, writing out a mission statement isn’t too difficult, especially once you’ve uncovered your values, beliefs, and written goals that are inline with those. But this mission statement will give you a better sense of clarity and direction for your life.

So, how does this work?

I would suggest you read some missions statements for popular companies. For example, here’s Apple’s mission statement from a recent video they released:

If everyone is busy making everything, how can anyone perfect anything? We start to confuse convenience with joy, abundance with choice. Designing something requires focus. The first thing we ask is, what do people want to feel? Delight, surprise, love, connection. Then we begin to craft around our intention. It takes time… There are thousand no’s for every yes. We simplify, we perfect, we start over until everything we touch enhances each life it touches. Only then do we sign our work. Designed by Apple in California.

So, what’s your mission statement?

Define your mission statement and you too can lead a purpose-driven life. Interweave what you value, believe in, and your goals, and bring some clarity to your day-to-day and approach life with a new zest and zeal, lifting up the clouded veil of obscurity and confusion.