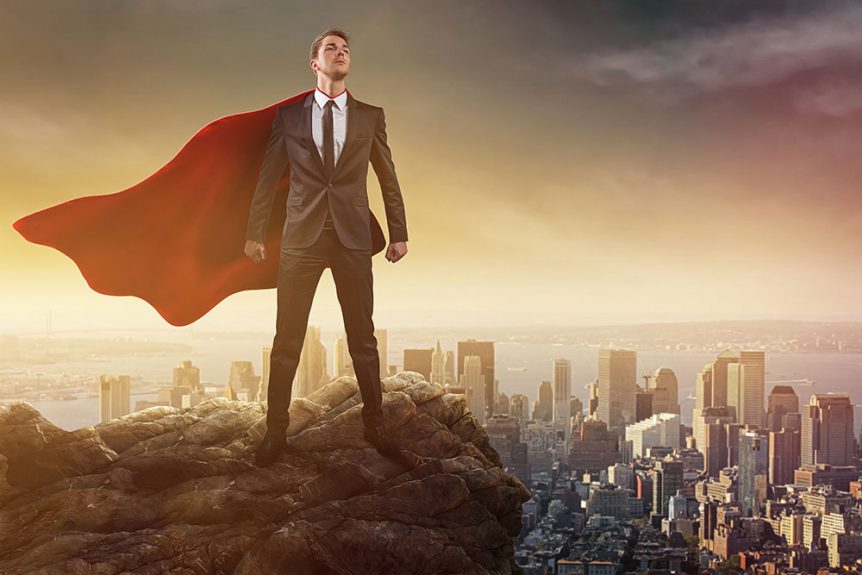 Hello and welcome to another episode of Business Secrets. My name is Robert Kanaat – founder of wanderlustworker.com, the premier online destination for all things inspirational and transformational.

Thank you for joining me here today. I really appreciate you taking the time, no matter where you are. Whether it’s morning, day or night by you – I wanted to tell you something that likely impacts both your business and your personal life. Its something that I have experienced a great deal. More so recently, hanging out with some of the most successful entrepreneurs on the planet.

I’m talking about people who are living in sheer abundance. I’m talking about people with hundreds of millions to billions of dollars. Hanging around those people is interesting to say the least. Because it alters your mindset. It really impacts you down to the bone. To the very core of who you are. Because there is sheer abundance in the mind of a person who has attained such wealth.

Hanging around those kinds of people really alters your way of thinking. I’m not just talking about like you’re in a room with them, like networking. I’m talking about being friends with those people, having everyday conversations. Little clues are dropped in those everyday conversations. Because a person who has attained that much wealth can go out there and do whatever they want. They can buy whatever they want, the world’s their oyster.

For the most part, all of us are stuck in – not in abundance mindset, we’re stuck in a scarcity mindset. When we operate from a scarcity mindset, things change. Recently I bought a ticket for my mom to come to Europe. I had placed a bid on Swiss Airlines to upgrade that flight to business class. Normally it’s like – I believe it’s like 9800 round trip, which is pretty ridiculous to say the least. But if you’ve ever flown international business or first, you know that it’s well worth it.

It really changes your approach. It changes your outcome, your reality. Because when you approach anything from a scarcity mind, you start to worry. There’s anxiety, deep levels of anxiety and fear. Instead, when you approach things from an abundance mindset – for me, for example – I have an abundance mindset because I believe wholeheartedly in my maker. I believe wholeheartedly in God.

I know that this is not a podcast about religion, but our personal beliefs impact our business. As entrepreneurs we go out there and we work tirelessly every day. But everything that we do is founded on our beliefs, on our core beliefs. If we believe all lawyers are liars and cheaters, it’s going to impact the way that we do business. If we believe a certain thing down to the very core of who we are, it’s going to alter what we do in a given day.

If I sit and I think about holding onto a certain amount of money, that scarcity mindset festers. That’s coming from my sub-conscious mind. Again, I’m not saying – I’m not talking about wasting. I’m not talking about being foolish. I’m talking about mindset. Because mindset is key. It’s interesting, because I posted something on Instagram recently. When I was in Croatia, I was at Makarska Beach. It’s near a city called Tučepi. A little village, like a sea view village on the Adriatic Sea. Across the sea you can see Italy.

The mindset, an abundance mindset will get you there. Abundance mindset will allow you to take chances to chase after opportunities. Basically it will open you. It will open you up to the abundance. Not only of your thoughts, but of God – of whoever it is is your maker. Or even just the spiritual oneness that binds us all. Because all of us are bound together by thought. If you look at, on a quantum level, matter. Matter should not like, if I – when I touch a surface, I should not be touching. Because I’m actually not touching it.

If you look at the quantum level, we are not actually interacting with that surface, but it feels as though we are. So all matter is held together by energy. There are forces, gravitational forces, energetic forces, and quantum forces. All binding both – every atom, every quirk, everything together – from the air, to our bodies, to our internal organs. If you stopped and think about it, and you stop really to think about it – nothing is real. Reality is shaped by your thoughts. Your reality – who you are today has been shaped by your thoughts. Everything that you’ve thought of until this very moment, you were shaped by those thoughts.

It’s very, very easy because we get into this rhythm. We get into this like habitual pattern of thinking. Then it all goes downhill from there. Once we get into that scarcity mindset, it’s all downhill, right. If you’ve ever struggled – for example, paying your bills. If you’ve ever had creditors calling you. There’s this scarcity mindset that sets in, and it’s like – it’s terrifying. So extricating yourself, freeing yourself from that. That is a challenge.

But what’s the one thing that separates the most successful people on this planet from those who gave up? Mindset, that’s it. Nothing else. Nothing else matters as much. If you can cultivate the right mindset, man it’s really on like Donkey Kong. It’s game over after that. Because that’s when the magic happens. If you’ve struggled in any area, whatever area of your business it is. Or personal pursuits or entrepreneurial pursuits or whatever, start to cultivate a new mindset – an abundance mindset.

This is exactly how you do it. You start writing down the scarcity thoughts that you’re thinking. Like, “Oh my God, there’s only x amount of days till the end of the month.” Or, “How am I going to pay this employee?” Or, “Where am I going to get the next sale from?” These are all scarcity mindset thinking. Write them down and flip the script. Change that thought pattern, and change it to an abundance thought pattern.

I think that just by instilling the right mindset, just by creating the right thought patterns – we can not only overcome anything, we can accomplish our dreams. We can lead the life that we’ve always wanted to lead. It’s all in the mindset. That’s all you have to do, is cultivate the right thoughts. It’s so apparent when you hang around very, very successful people. If you haven’t been around very successful people, find a way to get around them. Because it’s really mind bending. That’s the only way that I can describe it.

Because so many of us are so used to thinking a certain way and living a certain way. That when we see the proverbial other side, it really alters and shapes our beliefs. When you see somebody next to you achieving something big, you’re like, “Wow, that person did it. I can do it. There’s nothing different about that person.” It really just boils down to like – what do you want?

What do you want? I think that a lot of us self-sabotage. We feel that deep down inside, we’re not worthy of something. I know that feeling very well, because I’ve been there. But rising above that, man it’s very empowering. I challenge you to 30 days of abundance thinking. Shift your thoughts. Write down the negative thinking, and then flip the script. Then every time you start having a fear or an anxiety or a worry – go back that script.

If it’s on your smart phone or just on a note pad or whatever. Like start reading it, and read it like passionately. Read it out loud if you have to. People will think you’re crazy, but who cares what other people think? Like who cares? Because at the end of the day, like life is so short because it could finish today, at the end of the day. Today, right now, could be done. We have to overcome this thinking.

That’s what I have to say and tell you today and share with you. I hope that you enjoyed it. Please like and share and comment and subscribe on iTunes. I really appreciate it. Until next time, until tomorrow – I will speak to you guys soon.