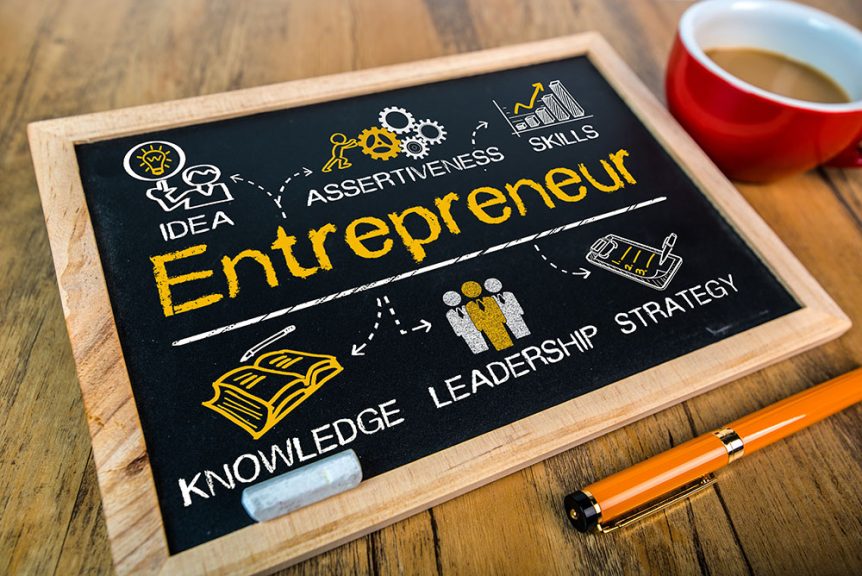 Welcome to another episode of Business Secrets. My name is Robert Kanaat. Thank you so much for joining me on the second episode. I’m really excited right now. I get to go on this family road trip in Europe. We’re going to drive across Hungary. We’re going to also head into Croatia to the ocean there, slip. Just enjoy some downtime. The weather is amazing here right now.

I’m currently in Budapest, which – if any of you kind of know a little bit of the backstory, I met my wife out here at Budapest one year when I was traveling through Europe. The rest, as they say is kind of history. It’s pretty cool, because Europe is this amazing place where you can get to another country in such a short period of time. That it’s like, it’s so novel. Like you can’t do that in America. I mean, yeah sure if you live in San Diego, you can get to Mexico. But here, I mean, it’s like there’s so many countries. It’s so culturally rich. It’s just totally different, so I’m really excited about that.

But the reason why I wanted to talk to you guys on this episode, is this really important concept in business about giving. My question to you is, are you a giver or are you a taker? The reason why that’s important is, I want to tell you a little bit of a backstory. You guys kind of already heard the overview in the last episode. But let me kind of dig in and tell you something really, really unique that has happened to me.

When my business fell apart with my business partner in the travel company – with the software that I had built and stuff like that, and it was kind of taken away from me. The one thing that I had going for me was I was writing for Forbes and Entrepreneur Magazine. I was literally one of the most popular contributors on that platform, because I’m really good at SEO. When you’re really good at SEO and you use domains like Forbes and Entrepreneur Magazine, it’s like super fuel.

I was one of the most popular contributors, I had that. I had the ability to write about people, about concepts, about whatever. I put myself out there. I had been the introvert sitting kind of behind the computer. I was never like wanting to be face to face, or I never really wanted to kind of like network with people or put myself out there. That’s what I had business partners for. You kind of play off your strengths. My strength was building really cool software. I just wanted to be the guy sitting behind a computer and building really cool stuff. That’s what I had done for so long. In fact for – a big period of my life has been spent behind the computer screen, as kind of odd as that sounds.

So I put myself out there. After that fell apart and my business partner had done all the networking, had all the contacts with him – I said to myself, “Like I can’t allow this to happen again.” So I put myself out there. I started reaching out to people. The first person that I reached out to was Russell Brunson. Russell Brunson, he’s probably one of the best marketers of all time, literally hands down. I mean, I just don’t think that there’s anybody better. I reached out to him, and I said, “Hey, can I do a Forbes article about you?”

It actually was pretty hard to reach him at first. I think because there was an issue with his assistant. Eventually I reached him, and we did an article and that was super cool. I got to kind of speak to him for a little bit, but I still wasn’t able to really connect with him on a higher level. I kept going consecutively through the most popular business people that I could find.

The second person was David Sharpe. David Sharpe has become a good friend of mine. He’s one of the guys who founded a company called Empower Network. Empower Network went on to do 170 million dollars in sales. That company had since fallen apart with his business partner, another guy named Dave. I kind of related to that story, because I knew about it. I knew – it was so public, I knew kind of like what had happened. Then I reached out to him. I said, “Hey, could I do a Forbes article about you?” I was just trying to build and develop that relationship and learn.

I mean even if I could just learn one small thing. I kind of put on my reporter’s hat, right? I wasn’t a reporter. I wasn’t being paid by Forbes or Entrepreneur Magazine, and these people weren’t paying me. But I knew that the one way that I could get close to somebody was to add value. The way that I knew how to add value right then was to do an article, and to give them big exposure. Because people are pretty proud of that kind of stuff.

A guy named Dana Derricks, who I met actually recently at Russell Brunson’s Inner Circle Mastermind. Does the same thing. He does the Dream 100. Russell created this concept, which I had no idea about before I started this. To do all of these things to get myself out there. He had this thing called Dream 100, where he’d reach out to people. In fact, I was one of his Dream 100 after the fact. To kind of try to help him promote the business and the various things that he’s doing. It’s super cool, because Dream 100 really works. It’s way more cost effective than going out there and doing ads.

I just like literally, because I had passive income, I just put myself out there. I was like – how could I give to these people? The biggest way that I knew how to give right then and right there, was to do a big feature. Either on Forbes or Entrepreneur Magazine, or somehow integrate what they’re doing into those publications. Because I know that that’s big, right? That’s really big for people. I worked really, really hard to become a contributor to those platforms. Because I just knew like the power it conveyed.

For me, originally, that came from the desire to have those links. Because I wanted to link to all my articles and stuff on Forbes. If you look at any of those articles that I’ve written under R.L. Adams on like Forbes or Entrepreneur, you’ll see like there’s a ton of links to Wanderlust Worker. That was the point for me like, in the very, very beginning. Then the secondary kind of means evolved after that business fell apart. I was like, “Hey, like how can I reach these people?” Like there’s only one way.

If I kind of came out of the blue and was like, “Hey like, can I do a Wanderlust Worker article about you?” They’d probably be like, “Um, yeah. Go away.” So I didn’t do that. But it was pretty cool. Because from Dave Sharpe, I went onto other people like Ryan Deisse. Ryan Deisse is like, he’s probably one of the biggest names in digital marketing. Super cool guy.
After I did an article about Ryan Deisse, Ryan said, “This guy, Roland Frasier, I’d love to connect you with him. Can you talk to him, maybe you can do an article about him?” And I was like, “Who’s Roland Frasier?” Like I had no idea. Roland Frasier is one of the Principals of DigitalMarketer. He’s also the CEO of War Room Mastermind, and he owns a ton of businesses. Super, super intelligent guy. But I had no idea who he was. But when I asked one of my friends, he told me that he’s the brains of DigitalMarketer. I was like, “Oh right, cool.” Like, sold – let me do an article about this guy.

Because I knew that Dana wanted to get more speaking engagements. It was funny because I’d just received a text message from him, and it was super cool. He said he owes me big time. But just really thanking me for connecting him with Roland. Because to me, I was like, “Hey, how can I add a lot of value to this person?” I’m always thinking like, “How can I add a lot of value to them?” Not thinking like, “What can I get in return?” That kind of – I don’t know if you want to call it a strategy? Maybe it’s just, it’s something that comes from within.

Because people are so used to others taking from them, right? They’re so used to people having their hand out. They’re not used to people being like, “Hey, how can I help you?” The funny thing is, when I was hanging out with Russell in Boise – this was back in February during the fall Hackathon, he let me shadow him. He never let anybody else shadow him before in his entire life. He said, “People have offered a quarter of a million dollars to spend a day with him.” I got to spend a week with him there, while I was there, so a large part of a week.

It was really cool. Because he said to me, “It’s so funny, like what happens when you go out there and you work for free.” It’s totally true. That’s almost the concept behind the Dream 100. It’s kind of like putting yourself out there and like working for free. Not necessarily free, free. But yeah, largely in a way it’s got to be free. You’ve got to do something that it’s going to add value.

It’s funny, because I was talking to somebody else. She was like, “Well look, I don’t know – what can I do to help people?” I said, “Well what are you good at?” She’s like, “Well I’m a tax attorney.” I said, “Well why don’t you go out there and reach like the biggest and most successful people and do free taxes for them?” But you kind of get the picture, right? Maybe that approach will work, maybe it wouldn’t? Dana Derricks sends out these outlandish packages. Brightly colored, and with great copy written notes, and stuff like that.
That gets people attention. Because you can’t just send an email. Okay, for me – to reach somebody, it was easy. Because I could be like, “Hey, this is Robert from Forbes. I’d love to do–” Well I wasn’t really from Forbes, but I would say, “This is Robert, I’d love to feature you in Forbes magazine, and or Entrepreneur Magazine.” That went over very well. But to come out from the cold in another instance, it might not work that way. You might need to resort to mail packages. Because people can delete email. Sometimes email won’t reach them. But you can bet that if you send out a brightly colored package in the mail, it’s some weird shape, wrapped in some odd stuff – that it’s going to get people’s attention, and they’re going to open it.

That’s it for today, and thank you so much for joining me. Hope to see you on the next episode of Business Secrets.