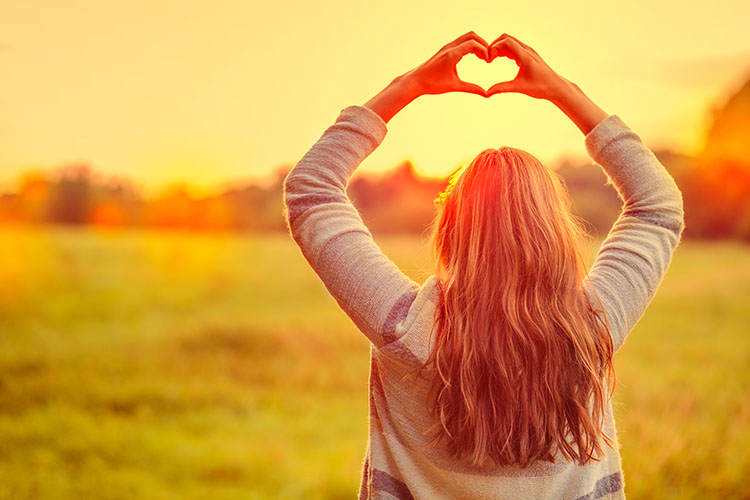 I recently read a post online by a prominent internet marketer and it got me thinking: Who are we to judge people? I mean, this person spent the good portion of 1,000 words judging people who post photos and videos of cars and the luxury lifestyle. Look, I get it. This person has a problem with integrity, claiming that integrity is lacking massively in the online world. But who are you to judge someone on what’s true and what’s false?

I suppose this rubbed me the wrong way. Now, I’m not looking to embarrass this person. No, not one bit. In fact, I have loads of admiration for what this person has achieved. But there’s something amiss here. I can feel it when I’m in the presence of this person. The bible says that we shouldn’t judge. We shouldn’t cast stones unless we have no sins. None of us are perfect. So it really got me thinking about my own behavior.

The more and more I thought about it, the more I realized that we all judge people. We do it silently. Afraid to reveal our judgments, we do it in whispers, using ultra-secret forums or messages that disappear in a plume of digital smoke after they’re read. I’ve done it myself. Silently, heaving the thoughts play out in my mind, I have to push back at times. The truth is that we all judge to a certain extent. Maybe that’s just in our nature.

However, I take issue with those who come out to vehemently oppose others. To belittle them. To degrade them. Just because a person has experienced some semblance of success, it doesn’t make them any better. Who are we to judge people when we know just how it feels to be judged by others? That’s the question, isn’t it? To that end, I wanted to lament in this forum, where so many of you turn to for a daily dose of inspiration and motivation.

Why Do We Judge Others?

I don’t quite care what your religious beliefs are, the truth is that we all stem from the same source. For that reason, you’re no different than the next person. Neither am I. Just because we look different on the outside or we’ve accomplished different things, it makes us absolutely no different. At the end of the day, we all end up the same way, as dust. One way or another, we go back to the earth as ashes.

However, it’s easy to forget all that. This isn’t just about racism or bigotry or prejudice in the more blanket sense of the term. This is also about our thoughts. Even amongst races or amongst religious beliefs, there are people who judge others. We do it all the time. And I’m just so sick of it. It makes us uncomfortable in our skin. I’d sit there and wonder, is this person judging me? Are they laughing at me? Why? Because I’m different? Because I post a picture of a nice car? Nice house? Fancy travel?

What if those things make me happy? Who are you to judge me? Who are you to say some snide remark just to belittle me and make me feel insignificant? Yes, there’s an element of arrogance there. But also of ignorance. Ignorant people judge others. I don’t care what you say. If you’re judging me, then you’re ignorant. Why? Because you have no idea about the journey I’ve been through. You don’t know the hell that I’ve had to go through and come back from.

If this sounds at all angry to you, then I’m getting my point across loud and clear. But I just wanted to ensure that, you, the person who is reading this, really gets the message. It’s one thing to just read something. It’s an entirely different thing to actually understand and comprehend it. Then, it’s another thing to put that comprehension into action. It’s like learning all about a diet and how to lose weight and get in great shape by working out, but then doing nothing about it.

How To Stop Judging Others

Okay. If you’re judging others, just stop. No, seriously. Stop. It puts you into the wrong mindset. It makes you think negatively rather than positively. There’s just no benefits to judging others. None whatsoever. However, if you’re sitting there and wondering how you can stop judging people, I wanted to offer up suggestions. Now I know that this is in our nature. We’re always judging whether we like it or not. But are we really?

I’m going to argue that there are some people on this earth who don’t judge. In fact, there’s not a judgmental bone in their bodies. So how is that two people can be so drastically different in their thinking? How is it that two seemingly similar people, even living in the same neighborhood, can think so vastly differently? I’d argue that this has something to do with upbringing. But I’d also add that it involves environmental factors as well.

Remember, who we spend our time with says a lot of about how we behave. Lie down with dogs and come up with fleas. Isn’t that the saying? Still, there are other factors. But we mostly get our behavior from the people around us. Not just the people who raised us. The people who we spend the most time with. Those are the ones who have the biggest impact on our lives. It’s just a simple matter of flipping the script.

I once heard something poignant that I’ll never forget. A man was sitting on the subway and noticed a father with three small children. He was completely aloof to the children who were goofing off and making lots of noise. The man became agitated at the father. The father was just staring off into space, completely devoid of what the children were doing. Meanwhile, the other passengers grew more and more irritated.

Eventually, the man went over to the father. He asked about the kids. “Why aren’t you doing something about those kids?” The father looked over, eyes swollen, completely dazed. He focused his attention on the man in front of him. “Oh. Them? Yeah, I should probably do something. We just got back from the hospital. Their mother just died of cancer. I don’t think they know how to respond or what’s really going on.”

The man’s heart sunk into his stomach. He took a big gulp and reached out and gave the man a hug. “I’m sorry,” he said. “I’m truly sorry.” The train came to a screeching halt and the father exited with the kids. The man sat back down and thought about what had just happened. He thought about how he had judged that father for being a dad parent. he simply didn’t know what the father was going through or what was happening. In fact, you never know.

So you have to shift your focus. Put yourself in the other person’s shoes. If someone is rude to your or you don’t like something they’re doing, understand that there might be something serious going on. Life is not always what it seems so there’s no reason to belittle others just because you think you understand that person’s journey or where they came from.

2. Fill your heart with gratitude

Those who judge other people are often so fixated on the lives of others that they can’t sit back and enjoy what they have. But when you fill your heart with gratitude, you stop worrying about everything else, and you become far more present. You live in the here and now. You’re appreciative rather than worried. Because, if you’re so fixated on what everyone else is doing that it even forces you to pause and call these people out, you’re not grateful for what you have.

I seriously can’t stand these kinds of people who sit back and judge others. They’re not grateful. They’re spewing negativity under the guise of “integrity,” which I think is awful. For a person to talk about a lack of integrity then go out there and bash other people just baffles the mind. Instead, be grateful for what you have. Be grateful for what you’ve achieved. Even if you don’t have much and you haven’t achieved much. Things could be a lot worse.

You know, I’ve often heard the following saying. That if you tossed your problems into a big pile with all the other people in the world, you’d immediately take yours back. The truth is that there is a lot of bad things happening in the world. So be grateful for what you have. If you have a roof over your head, be grateful. Many others don’t. If you have food on your plate, be grateful. Man others don’t. Catch what I’m throwing?

3. Put yourself in the other person’s shoes

It’s really hard to understand a person unless you put yourself in their shoes. Maybe their lives were filled with struggle and pain. Maybe they have some other issues that they’re compensating for. Maybe they’re just bitter or overzealous. Everyone is different. But if you can try to see things from another person’s perspective, you can possibly stop judging others. Remember that life is a journey. Everyone takes a different path. We’re all unique in that aspect.

It’s really a shame that in today’s society that people can behave this way. I don’t know about you, but when I see people exhibiting prejudice or bias, I speak up. This isn’t just about judging others of the same race or religion. It goes far beyond that. It just has to stop. No one is better than another. We’re all the same. We come from the same source and the same place. When we die, we all end up the same way.

If we really want to stop judging others, we have to think differently. Ask different questions. Instead of saying, why is this person so rude or nasty or posting such inane stuff, ask something else. Think differently. For example, ask “why am I so concerned with this person’s life and what they’re doing?” That’s a good question to ask yourself. Because, if you dig deeply in, you’re likely going to find that the problem resides with you, not them.

If you question a person or judge them for what they do, it’s a reflection on yourself. You think that way for a reason. Why can’t a person say or act how they want without being afraid to be judged? It’s just ridiculous. So think differently. Ask different questions. Get real. Stop focusing on what others are doing or saying or posting. Start focusing on yourself. Focus on your side of the street, not theirs.

If it sounds like this agitates me, it does. Sometimes, we just reach this breaking point. Why should we be afraid of posting things and documenting our lives? Why are we so afraid of criticism. In fact, we should embrace our lives. I’m not talking about lying or pretending something is ours when I’m not. I’m talking about documenting our journey. Of really going out there and telling people the truth and what you’re going through.

We have to stop being afraid of what others think. We have to just do what’s best for ourselves without worrying about every Tom, Dick and Jane. Because, at the end of the day, life is short. If we sit around and worry about how people are going to judge our ever last behaviors then how are we ever going to find happiness for ourselves? We’ll just worry about ensuring others are happy rather than ensuring that we’re happy. That’s definitely not worth it.