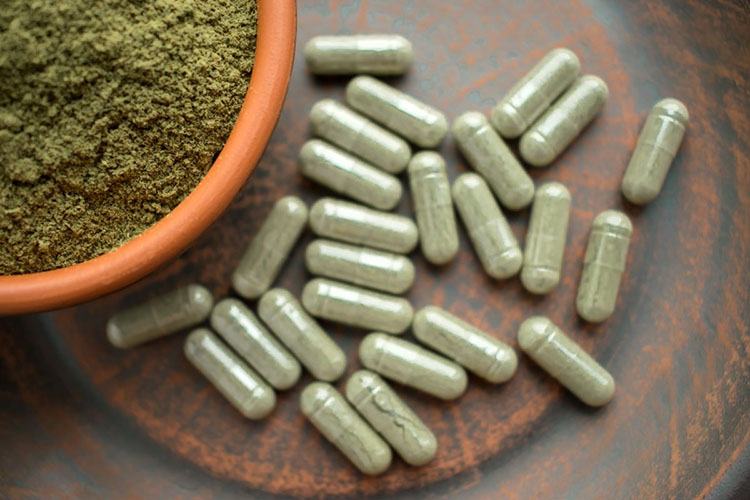 Long ago, I had a business partner named Scott who struggled severely with addiction. It was so bad, that it cut his life short. He was just 40-years old. He had a newborn baby who had just come into his life. Yet, he lost himself to addiction. Now, I premise this article about kratom with this story because I wanted to share a life experience with you that changed my outlook on things. Plus, if you don’t know what kratom is, then this is a great primer to give you a clear understanding.

This was 10 years ago. Scott would have been around 50-years old today. And it’s such a shame. However, Scott isn’t the only person who ever struggled with addiction. There are people out there in this world who are literally shackled by their vices. They’re slaves to the chains that bind them to drugs like heroin and oxycodone and others. These are drugs that have gripped the American public, forcing them into a sea of debt and anguish.

Unless you’ve been living under a rock lately, you know that there’s currently an epidemic taking place in the United States. People are struggling with addiction. Everywhere you turn, another person is losing their livelihood (and their lives) because they’ve become enthralled with one addiction or another. I’m not just talking about narcotics, of course. I’m also talking about prescription drugs.

However, this post has a very valid and potent purpose. It’s not just to wax woefully about the epidemic in the United States. Everyone knows what’s going on. It’s more so to call light to a topic that I think needs support. You see, there’s this drug called kratom, which has pretty much revolutionized the lives of those who’ve taken it. In fact, it’s helped ween thousands upon thousands of people off of drugs.

Never heard of it? That’s okay. I hadn’t either until not too long ago. However, looking back on it now, I wish I had known about it. I wish this was a topic that people discussed more fervently in open circles as opposed to leaving it in the shadows for people to discover. That’s why I have an obligation to bring this to light. That’s because kratom is a drug that’s helping people. Not hurting them.

In fact, kratom grows in the wild. It stems from Southeast Asia where it’s typically found in countries like Malaysia, Myanmar, Papua New Guinea, Thailand and Indonesia. And studies have confirmed that this popular drug has altered the shape and trajectory of the lives of addicts who’ve turned to it for solace from withdrawals. Not only is it more potent than methadone to help ween addicts off narcotics, but it’s also useful for things like pain management and weight loss.

However, the official, scientific name, of kratom is called Mitragyna Speciosa. In fact, it’s an evergreen tree that grows only in Southeast Asia. Now, it can be cultivated and grown in other tropical climates. But you’ll find it indigenous to these regions in Southeast Asia.

It’s simple to understand what kratom is. To hundreds of thousands of people around the world, it’s a savior. It’s saved them from a life of addiction. It’s extricated them from the shackles that bind them to something so dark and abysmal that the mere thought of it can send them into a spiraling downward defeat.

However, there’s an incredible amount of controversy surrounding kratom. Yet, it’s unclear why there is. Let’s consider the facts for a moment. Not only is the FDA up in arms against kratom, but so is the DEA. Those are two very powerful federal organizations in the United States.

In fact, it’s gotten so bad that the DEA once attempted to classify kratom as a Schedule 1 Controlled Substance. Now that’s serious. That would put it in the annals with drugs like morphine, oxycodone, cocaine, fentanyl and amphetamines. That’s serious, serious business.

Thankfully, it didn’t stick. The intention was withdrawn 2 months later after a big outcry from the public.

Here are some facts:

Now, it makes you wonder why there’s so much controversy surrounding this drug, kratom. Considering that so many people die in the United States as a result of things like cigarette smoke, prescription pain killers, drunk driving and so on, why would the DEA and FDA be so fixated on kratom?

It might be because kratom lacks the expensive lobbying arms of tobacco companies, liquor companies and drug companies. That might be one reason. Sure, there might be others. But for a drug that helps so many, it really makes you stop and wonder why there’s so much time and energy and resources being spent to try to deter its usage.

Where To Buy Kratom?

If you’ve struggled with pain or anxiety or opioid addiction, you might be looking to turn to kratom. The truth is that kratom works. Just poll some 4 million folks in the United States that use or use kratom, and you’ll see why. It’s also incredibly hard to abuse kratom because of the adverse side effects that kick when you increase the dosage too high. It’s almost like a built in safety mechanism.

Of course, kratom is safe to consume. And no one has ever overdosed from it. So if you’re looking to try kratom for the first time, you’re likely wondering where and how you can buy it. Now, when you do buy kratom, you should be wary of shopping for it just anywhere. You’ll want to ensure you get 100% genuine kratom and not an imitation or substituted additives. The only way to do that is by going with trusted vendors like Bulk Kratom Supply.

There’s also kratom extract, which is boiled down and very potent. It comes as a liquor or a paste in some cases. It can also be found in capsules when talking about the powder itself. There are a variety of methods for delivery, but also different types of kratom that can be bought.

Now, the types are important. Why? Because different regions and genetics can alter both the appearance of the leaves itself along with the prevalence of one alkaloid over another. For that reason, you’ll have some kratom that’ll give more of a sedative effect whereas others will give a more euphoric effect.

This is the most popular type of kratom being sold today. Red-vein kratom is more sedative. It has pain killing properties that help to also calm and sooth nerves. Often, it puts people to sleep, thus being used as a sleep aid by those who often battle insomnia. The reason why red-vein kratom does this is because of a higher prevalence of the alkaloid 7-hydroxymitragynine as opposed to mitragynine.

Green-vein kratom has somewhat of the opposite effect of red-vein kratom. It has more of the alkaloid mitragynine present. For that reason, it has more of a euphoric and elated effect. It’s more of an upper as opposed to a downer due to the chemical properties of the mitragynine compound.

Green-vein kratom is somewhere in the middle of red and white. It’s akin to a combination of both. It has a more equal distribution of the alkaloids, giving it more balance. It’s more akin to espresso with some sedative effects. It will make you more alert and aware while also helping you if you’re struggling with pain or opioid withdrawal.

I premised this article with a story about addiction because it impacts millions of lives every single day. It’s estimated that roughly 23.5 million people are addicted to alcohol and drugs in the United States. To drugs alone, it’s estimated that the number is roughly 7 million who struggle with addiction. That’s a whopping number when you consider the total population of the U.S.

Did you know that one American dies roughly every minute from opioid or heroin addiction? That’s another staggering statistic for you. Yet, how much is being done to quell this epidemic? Not much. That’s why so many turn to kratom. It’s a safe and effective remedy for people who are struggling with this severely debilitating problem.

Not only is kratom safe, but it’s being used by roughly 4 to 5 million people in the United States alone to help deal with withdrawal symptoms from opioid addiction along with pain and anxiety. It’s also currently legal, although the FDA and DEA are doing their damndest to change that.

Why try to ban something that helps others? Could it be some sort of conspiracy by drug and alcohol companies? While I won’t go as far as claiming that, it does make you stop and wonder for a moment how we can have a prescription drug problem, alcohol problem, tobacco problem that directly causes cancer, and yet, the government is up in arms about kratom. Hmmm…