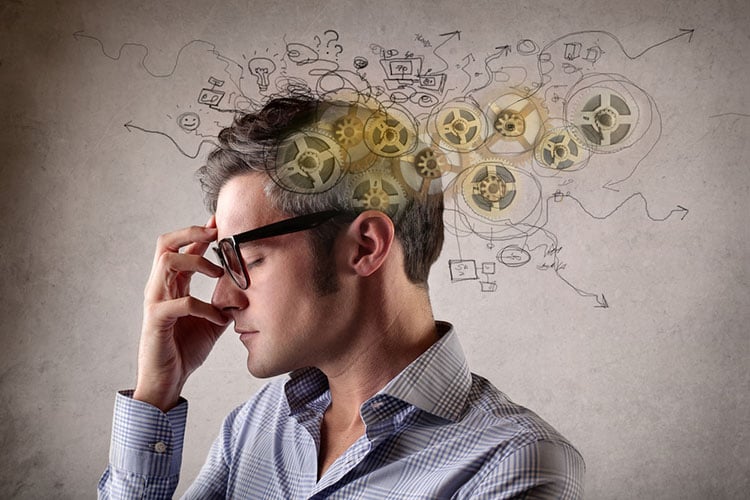 I’m back in Europe. It was a long-haul flight. No joke. But I’m used to it by now. The crazy thing is that I have to go San Francisco in 5 days and do a presentation at the Closing Table Mastermind with Roland Frasier, Kent Clothier and Perry Belcher, three of the best marketers in the world. It’s a long trip to make, considering I just came back from Florida, but I’m still really looking forward to being there.

The reason why? I get to unveil Kribbz in a limited capacity to the top 1% of real estate professionals in the United States. Now that’s a serious audience. Although our software will be viable for anyone in the United States who’s looking to buy or sell a home, getting this in front of influencers early on is definitely the ticket to the promise land. I’d recommend anyone launching any type of company to leverage opportunities like this to network and communicate with people at the highest level.

It makes me think about the time when ClickFunnels was in beta. In fact, one of my business partners, Kent Clothier, told me that he was part of the first group of 30 who were invited to test out ClickFunnels. And at the time, the software was nothing like it is in its current state. It was literally a shell of that. But you have to start somewhere, right? Because they started small and built and improved, Brunson has grown this massive business worth nearly a billion dollars today, blowing past almost all his competition.

That’s kind of where we’re at with Kribbz. Even though the software is light years ahead of anything else on the market, it’s still in its infancy. The fortune part? At least I had this platform to start with. Otherwise, this would have taken forever. Because I spent 3 years building and coding the old system, I have something stable to build the new platform on. Of course, we switched from vacation rentals to real estate sales, but the software is just so phenomenal that I’m glad I retained the rights to that asset.

The truth is that I worked tirelessly to build that platform. I just picked the wrong business partner to work with. That’s okay. It happens. I actually think that God did this for a reason. He wanted to put me on a different path. I’m just happy I’m not associated with him any longer. I guess you can call it a blessing in disguise. Now I’m partnered up with titans in their industries and it’s like having rocket fuel to lift off with. Have to say that I’m absolutely grateful for that.

Okay, so here’s something I wanted to talk about. As I’m preparing a new platform for the market, I’ve bene thinking a lot about this. Now, most of you know that I’ve written a bunch of books about SEO. I also have a ton of SEO courses and audiobooks and so on. I also rank for some of the most impossible keywords. Plus, this blog you’re reading gets so much organic traffic that it continues to blow my mind. My point? I know a thing or two about how to optimize for SEO.

The reason why I bring it up is because so many people don’t understand just what it takes to rank for difficult keywords. They think that it’s simple or straightforward when it’s anything but that. There are two things that you have to keep in mind when you’re doing SEO. Not only do you have to worry about the content you create on the site along with the optimization of the underlying code itself, but also the content you build away from the site.

You see, when it comes to placing ads, you can turn them on and off at a moment’s notice. But SEO doesn’t work that way. SEO takes time. Everyone knows that. But the best part about SEO is that it’s highly relevant traffic. My strategy has always been to rank for a keyword then drop an offer in on that piece of content with a great targeted offer. In all my years of doing this, I’ve seen up to 12 times higher conversions on organic traffic than paid traffic. Plus organic traffic is free.

However, succeeding with SEO is essentially a two-fold task. Both sides are crucial. For example, when you have errors that persist for a long time, Google gets very unhappy. Why? Because it ruins the user experience. So, if you have errors that include duplicate content, or broken mobile pages or something else that’s messed up, duplicated or not working, Google dings you for that. Basically, it holds a grudge with you for a long time.

That’s why you have to have perfect on-page SEO. Basically, that just means that all the stuff on your site needs to work properly and without error. How do you know that it’s working properly and without error? Just go into the Google Search Console and see what Google sees. If you ignore these errors for a long time, even if you push great content you’re going to be limited and filtered down by what’s called the Sandbox Effect.

Now, I’m not going to go into all the technicalities of doing SEO. If you want that just go read one of my books or take one of my courses. I’m just talking about expectations. When the expectation is that SEO should work, but you overlook the underlying principles that help propel sites up Google’s SERPs, then you’re going to suffer. If you try to take shortcuts or cut corners, then you’re going to suffer.

The Time Is Now

My friend, and business partner, Kent Clothier always says ‘The Time Is Now.’ I’ve been thinking a lot about that lately. You know, I was never one to really procrastinate much. I would always work hard. But sometimes, I would get comfortable. Like I would make a bunch of money and then just kick back and enjoy it. Maybe that’s the lazy part of me deep down inside. I think we all have that where it’s easy to get comfortable when there’s not enough pressure propelling you forward.

But when I think about that saying, I realize that the time will always be now. Not tomorrow. Resting today really isn’t an option no matter how much money or success you have. But it’s not just about working hard. I would always work hard. It’s about working smart. It’s about combining the hustle with the strategic thinking. Instead of just “grinding” like there’s no tomorrow, you have to mix that with strategizing.

So as Easter approaches (it’s 5 days away now), I’m thinking a lot about how time just goes by so quickly. I mean, this year has just flown by. I still remember last March when I walked away from that business, thinking how bad everything was. I can’t believe how fast this past year has gone by. That’s the crazy thing about time, isn’t it? It just goes and goes and goes. In the blink of an eye, the year is done. I think you realize this most when you have kids. I have two small ones and everyone was always saying that it goes by so fast. And it does.

It’s crazy what happens when you’re so busy, hustling trying to take care of kids and build a business or work on whatever it is you’re working on. The time investment is insane. But that’s also why I’m so thankful for passive income. If I hadn’t invested in passive income early on, I wouldn’t have the freedom to do what I do. To travel where I’d like. To spend time with my kids and my family and not have to follow a strict schedule.

There’s something about being an entrepreneur and calling your own shots that I’ve loved so much. I’ve never actually had a full-time job other than working for myself for my entire life. Well, all except one time, just after college when I had a full-time job for 6 months. But my boss was so brutal that I swore I would never work for anyone else ever again when I left that job, cursing her beneath my breath the entire way. I know. Sounds dramatic. But that experience is still with me to that very day.

What does the future hold for me? For you? For all of us? I think we all need something that pushes us forward and keeps us going. We need goals. But we need to set them the right way. Look, you don’t need to wait for New Year’s Eve to set goals. You don’t have to wait until the first of the month to start a diet. Literally, the time is now. If you want to plan for the future, you have to take action today. Not tomorrow.

The biggest and most persistent problem that we all have is that we just give up. We rest on our laurels and we stop taking action. Instead, you have to dream big, make a plan, but really, you have to work. Work hard and work smart. Move towards a bigger and brighter future. Whether you’re building a company or a family or reaching for something else, if you believe in it wholeheartedly enough, don’t let anyone dissuade you.

I can’t tell you how many times I’ve heard the naysayers try to dash my dreams. It’s like people want to cut us down when we’re succeeding too much. That is, if the people around us are playing at a lower level. Why do you think I’ve surrounded myself with such successful people? The mentality is different. The chatter is different. It’s a totally different experience than hanging around that friend who just wants to be average and doesn’t want to push through any pain.