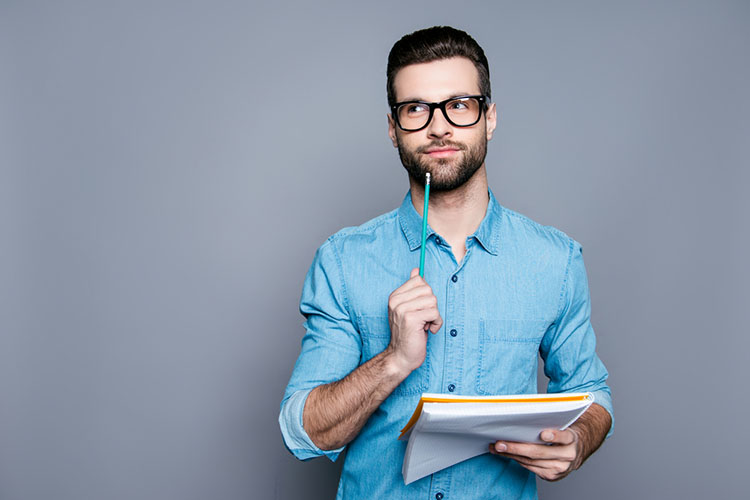 Still in Orlando. Last day of Funnel Hacking Live 2018. It’s been a whirlwind of emotions. It’s interesting being here too. The funny thing is that so many people dash the dreams of those looking to build a better life for themselves. People discount and dismiss those who want to build a business online and literally make money in virtually any industry hand over first.

While some people give up and listen to those naysayers, the people here at FHL are a testament to those who don’t throw in that proverbial towel. You all know that I’m a big believer in persistence and harboring a positive outlook on life. The truth is that if you believe you can or you believe you can’t, you’re right.

I love the mindset behind all of this. It’s so great to see these like-minded people out there literally crushing it. Especially the people who received the Two Comma Club X Awards. Those are for people who’ve generated at least $10 million in a single funnel. Yes. I said $10 million. 17 people received those awards. Seventeen. Including my good friend, Jason Fladlien, the webinar king.

But yesterday was a whirlwind of emotions for another reason. I posted a couple of days back that my Facebook Ads account got shutdown. It feels like my head got chopped off (no pun intended). It’s not a good feeling at all. I’m working to resolve it, but it makes me feel like one of those spammy internet marketing dude who are so fly-by-night. And that’s so NOT my style.

Anyhow, I’m sure it will get resolved, but it goes back to something I was saying earlier about keeping a positive outlook and a positive mindset. When you’re negative, you’ll attractive negative people and situations into your life. On the other hand, when you keep things positive, wonderful things begin to happen in your life. I can’t tell you how many times this has validated itself for me.

The truth is that all of life boils down to your beliefs. If you believe you can, you will. If you don’t, you’ll find an excuse. Isn’t that so true? I know that when I’ve believed in myself wholeheartedly enough, some incredible things happened. But when I haven’t believed I could do something, I barely even tried. That’s just life and it’s important to note that for yourself.

I’m not sure how much I’ve told everyone in this forum about this situation, but all of you know that I had recently built up a company and had a big dispute with my business partner. I walked away. He sued me. Go figure, right? My company and he sues me. Crazy how things work out. But the cool part is that the case got settled and I have full rights to all my intellectual property.

So as a software engineer, that’s pretty important. That platform was my baby. I created it. Gave birth to it. Reared it and raised it. Very much like a child (only software geeks would get this). But the best part is that I’ve leveraged all that work in building a new blockchain real estate platform that’s hopefully going to change the way that real estate transactions are conducted here in the United States.

We’re getting close to beta and I suppose it’s okay to start talking about this now. The company is called Kribbz. I know, cool name right! And my business partners are some of the most successful people on the planet. To say that I’m excited is kind of an understatement. The best part is that I get to introduce this to some of the top real estate professionals in the country, very shortly here when I attend, Roland Frasier’s, Closing Table Mastermind in San Francisco.

However, I’m not just writing this to plug the company. Yes, it will be the greatest thing since sliced bread. I mean, imagine the pain points when it comes to buying or selling a home. It’s brutal. No one likes the process. We’re simplifying that. Cutting through all the clutter and red-tape. Adding value to the entire exchange.

Your Network Is Your Net Worth

I often hear one of my friends, David Sharpe saying that, “Your network is your net worth.” I know it’s not his saying. But I attribute this to him because he says it so often. In fact, I met Sharpe after reaching out to him when things came crashing down in my life. He was one of the first that I connected with. This was way back in April of 2017.

All I wanted to do was learn. I wanted to learn from the masters in the online marketing space. And I knew about Sharpe from his previous company, Empower Network.

What I wanted to do was talk about goals and how certain things don’t always pan out how you want them to pan out. But you keep going and you keep pushing anyhow. You don’t stop or give up. When that whole dispute happened, it felt like my world collapsed. It was heart-wrenching. But the crazy thing is that I just went out there and started helping people. But not just anybody. I picked the most successful marketers and business people in the world.

In fact, I’m sitting here in Orlando because of one of those relationships that I developed in that process. And I think that you guys can learn a lot from that. You see, all I did was go out and work for free. I just added value to the lives of the people around me. I wrote articles on platforms like Forbes and Entrepreneur Magazine and Huffington Post about successful people. It was my way of adding value to their lives.

However, I did it without the expectation of anything in return. I think people can sense when you’re just trying to do something because you immediately want something in return. Again, that’s the short-term mindset. Not the long-term success thinking you need to make serious progress.

Now, if you’re where I was not that long ago and you’re struggling with something in your life or you just failed, here’s what you do. If you follow these steps, I can almost assure you that you’ll make more progress than you would if you were to go out there and directly trade your time for money.

Who are the dream people you want to work with or connect with? Make a list of them. Pick at least 10 of the top people in your industry or profession. These are going to be the people that you reach out to.

Next, research those people. Find out what they like. What makes them tick. Listen to their podcasts, look at their websites, watch their videos, read their books and blog posts and so on. Your goal is to find out as much information about them as possible.

Next up, you need to write a letter to that person. Include some personal information about them. Something you’ve read or seen by watching their “stuff.” This is important. You have to personalize this letter to them. Also, introduce yourself. Tell them who you are. But don’t be boring.

Next, you need to make a package. Make it themed. If you’re into goats (like Dana Derrick), buy golden figurines of goats (seriously he did this when connecting with Russell Brunson). Weird stuff gets people’s attention. Or, you could put a shoe in a box and send that as well, if it fits the situation. You could then say in your letter that you just “wanted to get your foot in the door.”

No, seriously. This stuff works. Make the package obscenely bright and colorful and irregular shaped. You want this to be opened and to build intrigue. But keep in mind that this first package can’t be about you. It has to be about them. I know it sounds strange. But don’t try to pitch something in that first package. It just won’t work.

Send out your packages and then follow up. Take photos and message them on social media and tell them to expect the packages in the mail. But don’t just send one. Send multiple packages. Built intrigue and mystery. This takes some concocting and planning, but it works over time

Stay persistent. People will take notice. But it will take time. Keep in mind that so many people are trying to reach these “big wigs” that you have to be persistent. Don’t just give up because you didn’t get an answer right away. Keep at it. Stay committed. Keep pushing and pushing. That’s what it takes. Don’t listen to naysayers. Do your thing. I’m giving you full permission and telling you that this stuff really works if you work it.

Also, a quick note about this. Russell Brunson calls this the Dream 100. Something I wasn’t aware of when I started reaching out to people to network after my dispute with my business partner. It’s a powerful strategy and it works. If you want to learn more about it, go read Brunson’s book, Dot Com Secrets. Or, you can also read a book by Dana Derricks, literally called the same thing, Dream 100. Search for them online, they’re easy to find.

Let me know how it goes by dropping your comments down below!