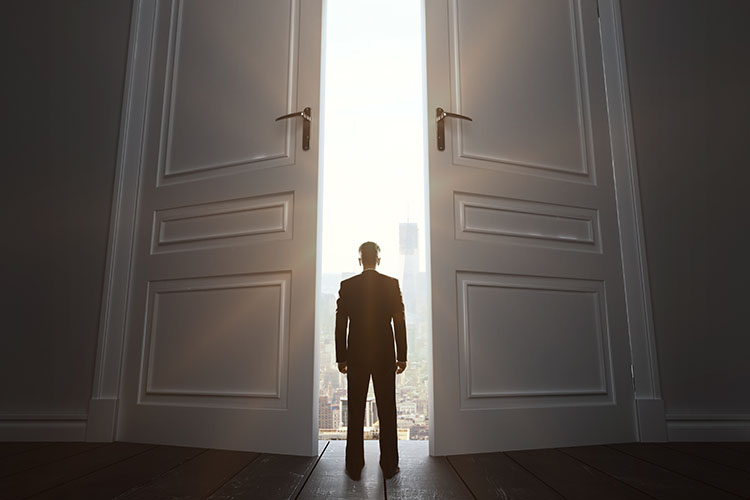 Failure is that gut-wrenching experience that we often have to deal with. It creates an immense amount of pain, depleting us emotionally, mentally, physically and spiritually. Often, it’s not just the pain of the actual failure itself that’s to catastrophic, it’s the buildup and fear of failure that we dread.

We replay thoughts about failing in our minds over and over again. Those what-ifs and hypothetical scenarios seem to fill the voids between breaths, leaving us utterly decimated in their wake. However, what most people don’t realize is that some of the most famous people in the world have failed the most times.

Life isn’t easy. It’s filled with challenges, upsets, hard times and massive amounts of pain and failure. But life is also filled with an endless array of simple pleasures. The upshot of failure is spiritual growth, mental understanding, emotional maturity and physical strengthening. Don’t allow a little thing like failure to get you down.

What people don’t realize about some of the most successful people in the world that have failed the most times is that the only difference between them and the next person is that they didn’t give up. They learned invaluable lessons from failure that they used to refine their approach and achieve their dreams.

It didn’t happen overnight. It happened slowly and painfully over time. But it did eventually happen.

As we’re going through life and we suffer through the pain and defeat of failure, it’s easy to get discouraged. It’s easy to want to throw in that proverbial towel and give up. But it’s harder to keep going. It’s harder to push through all of that discouragement, wade through the seas of despair, and emerge victoriously on the shores of hope.

But of course it’s difficult. If it were easy, wouldn’t everyone do it? It was Thomas Edison, one of the greatest inventors in history, who once said, “Genius is one percent inspiration, ninety-nine percent perspiration.” Success comes after numerous failures and seems to manifest itself suddenly after you feel like you’re just about at your wit’s end.

There’s something magical that happens when you don’t give up. When you keep pushing through, no matter what the situation or how painful the setbacks are, incredible things begin to happen. Our thoughts are things. And as we focus our minds in one direction, and we push persistently towards it, small bits of progress stack up upon one another to produce monumental results.

Below, you’ll find 25 of the best quotes that I’ve ever read about failure and not giving up that will inspire and motivate you to achieve your dreams. These are quotes that have truly had a great impact on the world. Most of them come from some of the greatest achievers of all time. They’re people who refused to give up no matter what the situation.

“It is impossible to live without failing at something, unless you live so cautiously that you might as well not have lived at all, in which case you have failed by default.”

“It’s fine to celebrate success but it is more important to heed the lessons of failure.”

“Every adversity, every failure, every heartache carries with it the seed of an equal or greater benefit.”

“Failure is the key to success; each mistake teaches us something.”

“Nothing in this world can take the place of persistence. Talent will not: nothing is more common than unsuccessful men with talent. Genius will not; unrewarded genius is almost a proverb. Education will not: the world is full of educated derelicts. Persistence and determination alone are omnipotent.”

“Far better is it to dare mighty things, to win glorious triumphs, even though checkered by failure… than to rank with those poor spirits who neither enjoy nor suffer much, because they live in a gray twilight that knows not victory nor defeat.”

“Winning is great, sure, but if you are really going to do something in life, the secret is learning how to lose. Nobody goes undefeated all the time. If you can pick up after a crushing defeat, and go on to win again, you are going to be a champion someday.”

“Do not be embarrassed by your failures, learn from them and start again.”

“Success is stumbling from failure to failure with no loss of enthusiasm.”

“It’s not how far you fall, but how high you bounce that counts.”

“Successful people don’t fear failure, but understand that it’s necessary to learn and grow from.”

“Do not judge me by my successes, judge me by how many times I fell down and got back up again.”

“I’ve missed more than 9000 shots in my career. I’ve lost almost 300 games. 26 times, I’ve been trusted to take the game winning shot and missed. I’ve failed over and over and over again in my life. And that is why I succeed.”

“Failure is not fatal. Failure should be our teacher, not our undertaker. It should challenge us to new heights of accomplishments, not pull us to new depths of despair. From honest failure can come valuable experience.”

“Failure is unimportant. It takes courage to make a fool of yourself.”

“Whatever course you decide upon, there is always someone to tell you that you are wrong. There are always difficulties arising which tempt you to believe that your critics are right. To map out a course of action and follow it to an end requires courage.”

“Don’t let the fear of the time it will take to accomplish something stand in the way of your doing it. The time will pass anyway; we might just as well put that passing time to the best possible use.”

“It does not matter how slowly you go as long as you do not stop.”