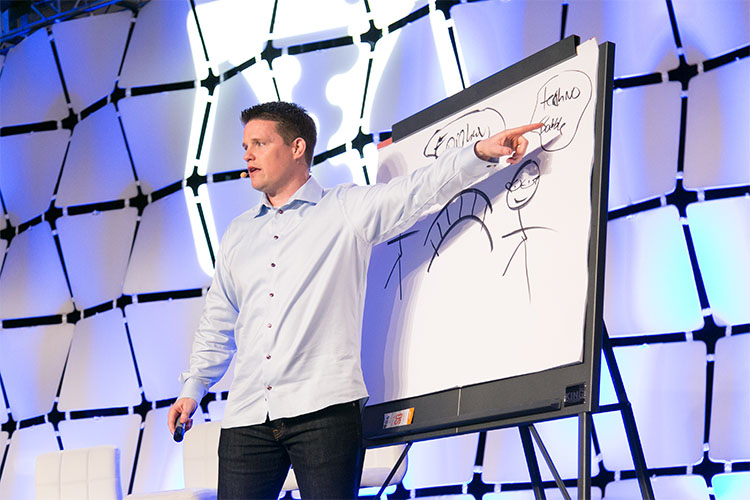 The question that most people ask is the following–Is ClickFunnels worth the money? Why do people ask this question? Well, at first glance, ClickFunnels might seem expensive. That is, if you have no clue about what you’re getting. In fact, both the current price points are well worth it–both the $97 basic account and the $297 Etison Suite account.

Now, I’m not going to go into all the details of the features of ClickFunnels here. For that, you can go read the post where I talk about all that and then some in my comparison of ClickFunnels with LeadPages. However, I am going to detail out why I think this software platform is well worth the money.

So, my answer to the question of whether ClickFunnels is worthwhile from a financial perspective?

My answer is yes. It definitely is.

Well, before I offer up my opinion, let me tell you a little story…

Why ClickFunnels Is Worth The Money

Recently, I’ve been reading a book called Re-Work, written by a couple guys named Jason Fried and David Heinemeier Hanson. They’re the duo who founded a company formerly known as 37signals, creators of Basecamp (also their current company name), Highrise and a bunch of other really cool software. They also made Ruby on Rails. Yeah, the wildly-popular coding platform.

Now, if you’ve ever listened to Russell Brunson’s earlier podcasts on Marketing in Your Car (now called Marketing Secrets), you’ll hear that he references the book quite often. He does that because it had a significant impact on his life. In fact, it was after listening to him vehemently vouch for the book that I knew I had to pick it up.

For me, it’s already had a significant impact. As I know it has on Brunson’s life. You see, long ago, Brunson was employing over 60 sales people when his company collapsed after an issue with a payment gateway provider who had, overnight and without warning, pulled his ability to accept money due to the industry he was in.

Long story short, that caused a big scramble and a massive exit. Not only of sales people, who could no longer get paid because money was tied up, but also of customers who couldn’t actually pay. The company’s funds basically dried up.

Russell Decided To Reinvent Himself And His Business…

I mention this because, while Brunson re-invented his entire business, that experience caused him so much pain that he shied away from doing things to that scale anymore.

Somehow, one way or another, he found himself reading Re-Work, a book that casts a shadow on the traditional way of thinking in business. In essence, it calls for a more nimble and agile approach to business. The type of company that only hires when it hurts and only spends where necessary.

However, the real essence of this book taught Brunson a major business and life lesson that he carried with him to this very day. A lesson that helped him found one of the most successful and fastest-growing SaaS businesses in the world—ClickFunnels.

In the book, Re-Work, the authors said something that stuck with Brunson and largely impacted his entire mission in life:

“The easiest, most straightforward way to create a great product or service is to make something you want to use. That lets you design what you know—and you’ll figure out immediately whether or not what you’re making is good.

At 37signals, we build products we need to run our own business. For example, we wanted a way to keep track of whom we talked to, what we said, and when we need to follow up next. So we created Highrise, our contact-management software. There was no need for focus groups, market studies, or middle-men. We had the itch, so we scratched it.

When you build a product or service, you make the call on hundreds of tiny decisions each day. If you’re solving someone else’s problem, you’re constantly stabbing in the dark. When you solve your own problem, the light comes on. You know exactly what the right answer is.”

The reason why I placed that quote there is fairly significant.

These short three paragraphs impacted Brunson significantly. It led him to the decision to found ClickFunnels because it was software he needed to run his own business. Even if ClickFunnels had failed, it would have saved Brunson countless millions of dollars by helping to automate the entire funnel-building process for him and his company.

That’s why you know that ClickFunnels is worth it. It’s software that was designed to solve a major problem. Brunson’s problem. That problem was that it was too costly and time-consuming to build funnels. It would take tens of thousands of dollars and weeks with an entire development team to make a single funnel. That same funnel can now be made in minutes through ClickFunnels.

The Real Reason Why You Should Really Get ClickFunnels…

But that’s not the only reason why it’s worth it. There’s just nothing like it on the market. No other single piece of software can automate the entire funnel process. None. It just doesn’t exist. And, it’s slowly replacing other software such as email marketing programs and affiliate systems because it’s all built into ClickFunnels.

And, the company has never accepted a dime of investment capital. They answer to no one but themselves. And after studying cults during a trip to Africa, Brunson learned how to inspire by helping people to self-identify with one another. From that was born the term “Funnel Hacker.”

Funnel hacking is simply something that was coined from Brunson’s teachings that show you how to model other successful funnels, and build them out in minutes using ClickFunnels. In fact, the Funnel Hacks webinar is the basis for how Brunson scaled out the platform without having to use big media or any form of traditional advertising.

However, that might not, in and of itself, answer your question as to why ClickFunnels is worth the money. BUT IT SHOULD.

Not only can you build an entire sales funnel, from end to end, but you can also integrate with the most popular payment gateways, do split-testing, use an intuitive GUI to build out your pages, create up-sells, down-sells, one-time offers, run affiliates, track analytics and so on, all through ClickFunnels.

Not if you consider everything you’re getting. Sure, you could try to piece together a funnel on your own. Maybe you’ll succeed. Maybe you won’t. If you’re a coder, it might be easier. You might not spend tens of thousands of dollars. But when you think about how simple it is to launch and test a new funnel in minutes as opposed to weeks, you’ll soon understand why ClickFunnels is worth the money.

So, what exactly are you getting?

When we talk about the actual features, there are loads. Check out the following image…

You can see everything that you can do with ClickFunnels. For the most part, landing page builders will tie you into a specific subdomain whereas ClickFunnels will host a custom domain for you. It’s far more professional looking than being on a subdomain.

11 Reasons Why ClickFunnels Is A Good Investment

Okay, there are probably hundreds of reasons that I could list out here on why I consider ClickFunnels to be a great investment. However, I’m only going to chronicle here through some of the key ones that I feel are the most important. If you’re on the fence, hopefully this will help you make an educated opinion on whether to sign up for the platform.

Now, keep in mind that I personally use ClickFunnels to build out all my sales funnels and I can’t be more happy with it.

1. It will save you money and time in your initial launch

3. It will help to reduce your on-going expenses

4. You can integrate dozens of the most popular APIs with ease

5. Changes are quick, easy and painless

6. Countless pre-built funnels for purchase in the ClickFunnels Marketplace

8. Actionetics (Etison Suite) does everything all the popular email marketing programs can do and more

9. Allows you to easily track (and increase) your average cart value

10. Quick way to launch and scale any business using webinars

11. Great community of funnel hackers in the Facebook group who are always willing to help one another