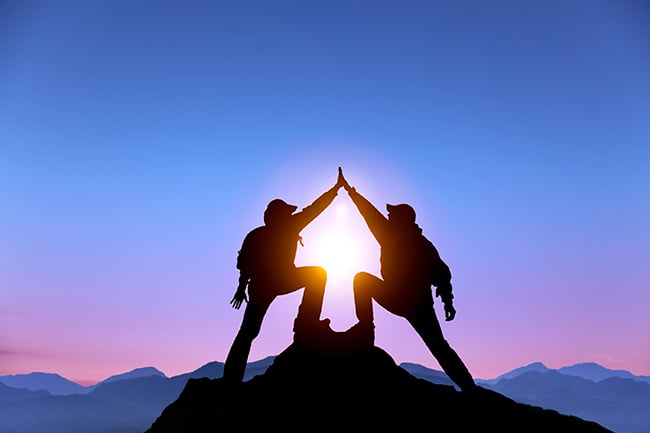 “Your greatest failures are your biggest blessings.” — R.L. Adams

Like many others out there, I’ve failed in my life. Failure hurts. It can cut deep, leaving you to lick your wounds for months, and even years to come. But failure is nature’s way of rebooting life. Oftentimes, when we fail at something, we can’t see through the hurt and the pain to uncover the reasons why it happened.

However, failure is evolutionary – it helps us to grow, mature, and reach deeper understandings about life, what we want, and why we want it. Failure helps us to become better persons, expanding our minds while deepening our hearts. As much as it can hurt at times, without failure, we couldn’t appreciate our successes.

But it’s not easy by any means. After we fail, we tend to spend a lot of time doing soul searching. That soul searching usually leads to one of two situations:

Almost all of us have given up entirely on something after failure, no matter how big or small that failure was. From marriages to careers, and everything in between, something that once meant something to us, after failure, didn’t really mean that much at all anymore.

But does that mean that if we fail at something we didn’t really want it in the first place? Or, is that the pain of failure forces us to create some dissonance between the old goal and the new post-failure self?

So, what is it that separates the people that have failed in the past and tried again? How is that J.K. Rowling suffered 7 years through poverty, a divorce, the death of her mother, loss of her job, and 12 separate rejections from major publishing houses, to eventually publish the first Harry Potter book?

How did Henry Ford go bankrupt twice before finally succeeding with the Ford Motor Company? How did Colonel Sanders, founder of KFC, suffer through 1,009 separate rejections for his chicken restaurant franchise-model, with only $105 to his name, and eventually succeed?

The way these people did it, and the way countless others have suffered through the hurt and loss of failure to eventually taste success, is first by having a strong enough deep-rooted reason why they needed to succeed. Success wasn’t optional to them; it was a must. Anytime something is a “must,” the only thing that separates you from that goal is time.

If you want to turn failure into success, here’s what you need to do:

It’s easy to get dissuaded and sidetracked when you’re pursuing your goals. Find something that inspires you to keep you going. Create an inspirational board at your home or even on your personal computer. Pin photos that you’ve found depicting what you want out of life. Stare at success in front of you; see it, feel it, breath it, and mentally live it.

There’s nothing that will stop you more from turning failure into success than the lack of organization. If you’re not organized, do something about it. Establish and set some goals, create some good habits, and learn to manage your time effectively. No one can do these things for you. You must develop the skills to accomplish and achieve your goals on your own.

One of the biggest things that tends to hold us back in the pursuit of all things positive in our lives is the silent killer: procrastination. It acts as the Electro Magnetic Pulse for goals, completely disabling our ability to purse them in our lives. Without overcoming procrastination, there’s absolutely no way to accomplish your hopes and your dreams.

You’ve heard it before – the proverbial “take action” slogan. But, how many people take action towards their long-term goals every single day? When we don’t take action, we allow those goals to slip further and further into wishes rather than expected destinies. Even if you make only 1% progress each day, the results stack up over time. No matter how little or small, take some action towards your goals, and eventually failure will turn into success.