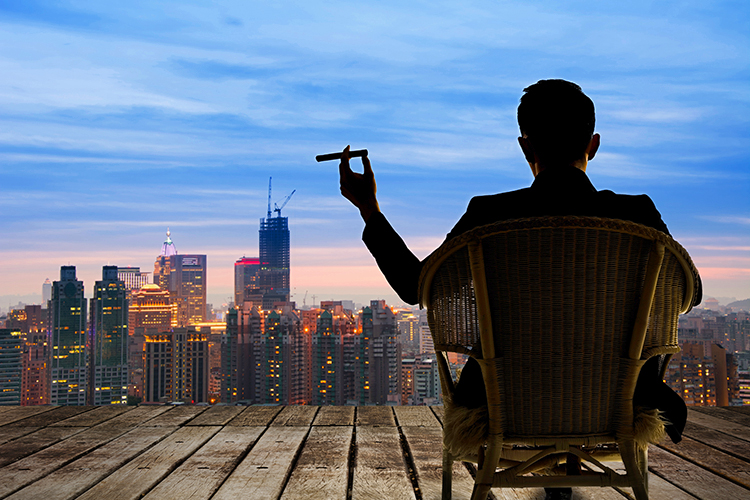 Time is the great equalizer. No single person on earth has more time than the other. No matter your race, religion, creed, gender, or locale, you will always only have 24 hours in a day just like everyone else. It’s not about how much time you have — it’s about how you use the time that you do have to get more done.

When we talk about getting more done in less time, naturally we think about leveraging a time management tool. Managing your time is an effective way to ensure that it isn’t wasted. But what happens when things get in the way? What happens when bad habits and distractions rear their ugly heads? What about procrastination? How can we overcome our natural tendencies?

Getting more done in less time, then, isn’t just about utilizing a good time management tool; it involves a multi-pronged approach that will help you avoid the pitfalls that we all tend to face in a given day. These techniques involve turning down the noise of distraction technology, and amplifying the silent yet powerful thought processes of the mind that can help to move us forward.

These aren’t hacks, so to speak, rather a few disciplines that need to be put in place and practiced repeatedly. Of course, that’s how habits are formed. If we can form the right habits, we can get more done in less time by default; we’ll barely need to think about it. But first, we need to put some key components into place.

So, how do we go about doing this? What’s the best way we can get more done in less time? Here’s how it’s done:

The first and most important step to getting more done in less time is to gain perspective. Get a lay of the land, so to speak. What do you want? Why do you want it? When do you want it by? You have to know what you’re looking to get out of life if you want to get more done. Without this understanding, we’re just stabbing around in the dark, going from one tangent to the next, satisfying one urge after another.

Sit down with a pen and piece of paper and physically write out your thoughts. Set some goals. Don’t just keep them in your mind. Figure it out, then jot it down. This will turn the abstract thoughts in your mind, into something real and actualized.

You need to put some serious thought into this. Take the time to think about just what you want and why you want it. Come up with some profound reasons why you must get these done. When your reasons outweigh your excuses, you’ll be more likely to push forward.

Next, audit your time. Go to the store and buy one of those small notepads that are 4″x6″ or just use the notepad application on your smartphone or any other device. Record your time in blocks of 30 minutes for a total of one week. Detail what you did during those 30 minutes, no matter what it was.

If you spent 30 minutes driving, write it down. At the end of each day, come back and put a plus sign next to each activity that you did that helped move you closer to your long-term goals. If you spent those 30 minutes doing something that was a waste of your time such as watching television or playing a game, then put a minus sign there.

At the end of the week, tally up your total. How negative was the number? This should give you a general sense of what you’ve done during the week. How can you use your time better? When you can see things clearer, it helps to pave the way for improvements.

Organization is the key to success. You’ve likely heard that saying before. And no other words could be truer. If you want to get sh*t done, get organized. In fact, make organization into a habit. What can you organize today? You don’t have to do your entire house, car, and office in one day. Pick a small space and tackle it right now.

For example, pick a drawer at your desk and organize it. Or, pick a stack of papers or bills in your house and create a system for organization related to it. It doesn’t take much. As you tackle one organizational task per day, over time, the act of organizing things will become habitual.

In a study conducted by researchers at the Princeton University Neuroscience Institute, researchers found that when there’s clutter in your environment, it prevents your brain from focusing. In turn, you end up feeling frustrated. Specifically, they stated the following:

“Multiple stimuli present in the visual field at the same time compete for neural representation by mutually suppressing their evoked activity throughout visual cortex, providing a neural correlate for the limited processing capacity of the visual system.”

Procrastination can be the death of us. In fact, it’s been labeled as the silent killer because procrastination slowly eats away at our hopes and our dreams. Yet, we still tend to put off for tomorrow what can be done today, dimming that bright light on our goals.

But if you want to get more things done in less time, succeed in life, and even exit this thing called the rat race, then you need to eliminate procrastination from your life. There are a number of strategies for eliminating procrastination, but namely, one very simple and straightforward one.

While procrastination can be the sign of greater problems, it can also be easily tackled if you’re committed enough. Use the 15-minute rule to help overcome procrastination. Set a timer on your smartphone or another device to 15 minutes, then agree to tackle the one thing you’ve been putting off for the longest.

Why just 15 minutes? Because it builds momentum, and you promise yourself something too small to fail at. We all have 15 minutes to commit to something. What happens is that after 15 minutes you’ll find you want to keep going. And even if you don’t, you broke the pattern of procrastination, helping to open the doors to doing a little more the next day.

It’s not just procrastination that holds us back — we have many other bad habits that get in the way of our progress. What are your bad habits that keep holding you back? The goal? Identify and eliminate bad habits that are sucking up your time, also known as the time-wasters.

Auditing your week should help you identify your distractors. But even without doing that, you likely know all of the bad habits that you have. If they’re eating away at your time, you need to find a way to eliminate them from your life.

While eliminating bad habits isn’t easy, it is possible if you’re committed enough. In order to quit your bad habits, you’ll first need to illuminate them to your mind. You’ve heard the saying, “Knowing is half the battle,” right? Sit down and write out your bad habits in detail.

What have those bad habits cost you in your life? What have they robbed you of? Try to calculate a physical cost that includes a financial one, emotional, mental, physical, and even spiritual cost. Where would you be today had you not been so engrossed in those bad habits?

Then, come up with strong enough reasons why you need to rid those bad habits from your life. Reasons will always trump excuses. If your reasons are strong enough, you’ll do what it takes.  Finally, start out small. Remember, habits are built up over time, and they also must be unraveled over time.

Keystone habits are the gateway to getting more done in less time. And they act as the soil for other good habits to grow from, while also helping in the elimination of bad habits. Focus on developing keystone habits in the right areas of your life, and watch as things shift into overdrive.

For example, if some of your major goals in life involve your finances, and you’re trying to get more done in less time so that you can one day start your own business or buy your dream home, then use the keystone habit of expense tracking.

Expense tracking includes keeping a log or a journal of every single expense no matter how big or small. Whether it’s $500 or 5 cents, log and track it. At the end of each day, group your expenses into categories. How much went to each area? Meals? Entertainment? Transportation? And so on.

This will help you to identify where your money is going. Often, when we spend small amounts of money repeatedly, we don’t realize where it all goes. But expense tracking is a keystone habit that helps to bring more truth to your spending patterns, allowing you to better modify them to support your long-term goals.

You can get more done in less time with keystone habits because they provide the greatest gains for you, helping to create momentum in the areas of your life that are important.

If you don’t already have an empowering morning routine, now is the time to set one into place. A morning routine will significantly bolster and improve your life, helping to push you forward in the direction you’re looking to travel. But it won’t happen overnight.

Your morning routine will help to ground you before a busy and chaotic day. It should include some element of exercise, healthy eating, journaling, meditation, and gratitude. You need to get spiritually centered, mentally prepared, and physically acute for the day ahead.

The truth is, however, that most people don’t have an empowering morning routine. They simply wake up, get ready, drink coffee, and head out the door to work. While they might think they’re getting more done this way, in the long run, it comes back to haunt them.

Create an empowering morning routine that will set you up for success. Read a book for 20 minutes or go for a walk outside while everyone is still sleeping. This is your time to do something to ensure you improve the quality of your life. In turn, you’ll find that you get more done in less time.

MITs are your Most Important Tasks of the day. Your MITs should be front-loaded at the start of your day, and you should tackle these first. By tackling the MITs early in the day and getting them out of the way, you’ll feel charged, juiced, and have momentum behind you.

It’s your job to identify your MITs at the outset of the day and tackle those first. As you complete each MIT, you’ll feel far more accomplished, allowing to free up your mind to focus on all the other little things that need to be tackled.

When you ignore your MITs, or keep putting them off for later, the mind has a hard time focusing on the other small things that need to be done. You end up getting frustrated and upset, defeating any chances of getting more done in less time.