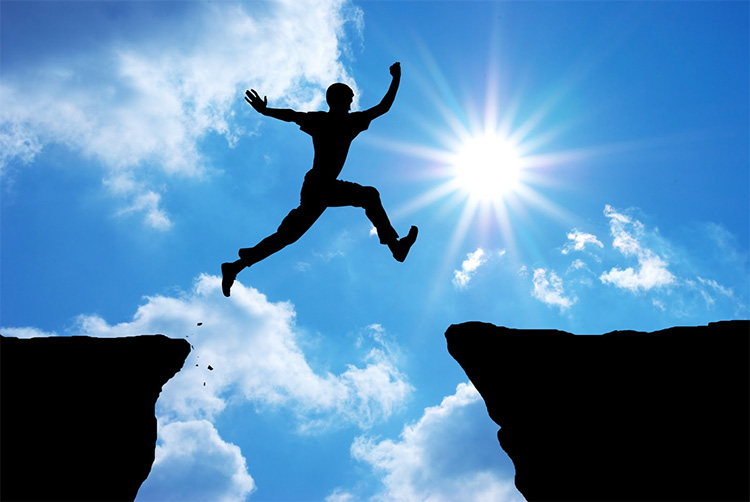 “Inaction breeds doubt and fear. Action breeds confidence and courage. If you want to conquer fear, do not sit home and think about it. Go out and get busy.” — Dale Carnegie

Goals without Plans are just Wishes

Many of us set goals, but not many of us create massive action plans to see those goals through to fruition.

But massive action is the fuel that powers the engine that we call life. Without taking massive action, we couldn’t realize our goals – we’d be stuck in neutral, unable to get from Point A to Point B.

Yet, how difficult do we find it to take action on our goals?  We tend to constantly get sidetracked and veer off on tangents, unable to focus our energy and efforts on consistently taking massive action.

This is partly attributed to our poor habits, but there’s far more involved. Most us don’t set goals the right way to begin with. We have some abstract notion of what we want in our minds, but it lacks specifics along with a concrete plan.

In a 2007 goal setting study by Quirklolgy, it was determined that only 12% of the people who had set New Year’s resolutions had actually achieved them, while at the outset 52% were positive that success was attainable.

Yet, if those individuals had set S.M.A.R.T.E.R. Goals, their likelihood of success would have skyrocketed.

In another study conducted on a Harvard MBA Class, the students, upon graduation, were asked one simple question: Do you have specific goals for the future with a concrete plan for their attainment.

If you want to succeed in life and accomplish your goals, the consensus clearly points towards creating a massive action plan to help steer you in the right direction, keep you on course, and help you fulfill your dreams.

How to Create a Massive Action Plan

The term Massive Action Plan (MAP) was popularized by the inspirational and motivational guru, Anthony Robbins. But, every platform of inspiration and motivation lauds the necessity for taking action in a big way.

From Napoleon Hill to Jim Rohn and beyond, taking massive action is a fundamental part of any success in goal achievement.

By setting goals without creating a plan towards their attainment, we’re really just hoping and wishing that we’ll achieve something without actually moving towards it.

If you want to achieve your goals, set them the right way and also create a massive action plan to achieve them.

How do you do this?

Before the plane takes off, it sets a flight plan. That flight plan details the direction of travel, general speed, and general altitude. However, the plan isn’t specific about the exact altitude,  direction, and speed at every moment of that flight.

The plane, like us, might encounter some obstacles along the way to reaching its goal. For example, there might be severe pockets of turbulence at 32,000 feet, forcing the plane to climb up higher to 38,000 feet in an effort to evade that rough patch.

While traveling, the plane might also encounter air-traffic congestion, forcing it to change not only its speed, but also its altitude and direction multiple times.

However, each time the plane encounters a problem, it makes adjustments, with the overall goal to reach JFK remaining the same. The goal never changes, but the plane’s massive action plan is constantly adjusted.

The massive action plan is easily adjusted because it’s carefully monitored along the way by the plane’s computers and its pilots. This constant tracking and analysis helps the plane to realize its ultimate goal of landing at JFK airport at or close to the pre-determined time of arrival.

Similarly, you need a massive action plan to achieve your goals. You can’t just set goals with the hopes of achieving them at some point in your life.

If you’re serious about the goals, then you absolutely must create a massive action plan, while constantly monitoring and adjusting your approach where necessary until you succeed.

Without setting specific goals and visualizing them, the mind can only desire the goal in the abstract. For example, we can’t say we want to be rich in two years or have lots of money and a nicer car. We have to be highly specific and visualize those goals.

We need to say exactly how much money we plan to make by a specific date or what kind of car we’ll purchase. And, we need to visualize what our lives will be like when that happens. We can visualize by writing out the specifics of our lives when we achieve those goals, as in where we’ll be living, working, driving, and doing on a daily basis.

The better you can visualize your goals, the more likely you’re going to achieve them and follow through with your massive action plans.

And your goals must also be time-based. You have to have an exact date for when you want to achieve them. This helps to add perspective to your goals. Without dates, even if our goals are specific, we’re just shooting in the dark.

Your specific, visualized, time-based goals will prepare you for the next step in creating a massive action plan: creating monthly milestones.

Milestones will give you intended markers or points that you’ll want to hit and judge your progress from during the pursuit of your goals. To create them, you’ll need your specific, time-based goals from step one.

Break your long-term goals out into milestones. Concentrate on your one-year goals first. Take the measurement of what you plan to achieve in one year and break it up into 12 monthly milestones.

The milestones will give you a monthly target that you can then create your massive action plans around. They also offer a measurable metric to help you determine just how well you’re doing.

Now that you have some monthly milestones, you have to create a weekly massive action plan. What’s your target for this week? What can you do this week to help move you closer to your goals?

If your one-year goal is to start your own business and you decided that you need to save at least six months of expenses so that you can quit your full time job, and you created some monthly milestones, what could you do this week to achieve your monthly milestone?

Maybe you decide to do some part-time work on a site like Fiverr.com, Guru.com, or Elance.com. Maybe you decide to take another approach such as downsizing your living arrangement or doing some tutoring by placing ads on Craigslist, or even renting out a room in your house on AirBnB.com.

Your monthly milestones should help you to create a weekly massive action plan. Come up with a list of all the things that you could do this week to reach your target.

Once you have a list of weekly action items, you need to prioritize your day. You need to create a to-do list and manage your time effectively.

Use time management techniques to front-load and prioritize your long-term-goal-related items. Get those out of the way first thing in your day to ensure that you’re moving closer and closer to your goals.

The more efficient you can be with your time, the more likely you’re going to be to accomplish your goals. To do this, you have to have some powerful reasons on why you want to achieve those goals.

You also have to eliminate bad habits from the mix. Our habits can consume us; they can work to hinder us or help us. But, more importantly, it’s the bad habits that tend to hold us back. If your bad habits are consuming you, work on developing some keystone habits to help eliminate the bad ones from your life.

There are so many things that can get in the way of creating a massive action plan and tirelessly pursuing our goals. If you don’t work to eliminate the bad and promote the good, you’ll find yourself hitting one roadblock after another.

Part of reaching for our goals involves measuring, tracking, and adjusting our approach. Massive action plans are created for the purpose of goal achievement. But, if we don’t track our progress, how could we know if we’re moving closer or further away from our goals?

Find a metric that you can track on a daily basis and track it. Use a spreadsheet, a notebook, your smartphone, a smartwatch, or anything else at your disposal. Just do something.

As you reach for your milestones, gauge your weekly and monthly performance, you’ll see just how much closer or further away you’re getting from your goals. Use that information to your benefit by adjusting your approach where necessary.

Creating a massive action plan that we stick to and tirelessly pursuing our goals is an idealistic thought. Many are incapable of doing this, not because they don’t want to, but because life simply gets in the way.

When we face failure, it’s easy to throw our hands up in the air in silent resignation. But the only thing that separates successful people from failures in life is their utter refusal to give up.

Failure is a part of life. We will all fail in life more times than we would like to admit. But, failure is also a steppingstone to success. Without failure, we couldn’t achieve the lofty successes that we plan on.

Everything in life happens for a reason. I’ve failed so many time and each time hurt more than the time before it. But, as long as we don’t let those failures completely deaden our spirit, then they can be used as an experience to learn, grow, mature, and succeed in the future.

If you’ve failed while pursuing your goals, come up with some ways you can overcome that failure and incorporate it into your massive action plan. Create a massive action plan that helps you account for what to do in the face of failure.

Next, re-focus and re-envision your goals, while re-visiting the reasons why you wanted to achieve them in the first place. Then, seek inspiration anywhere you can find it. Watch videos, read articles, or listen to inspiring interviews with successful people.

Most importantly, don’t give up.