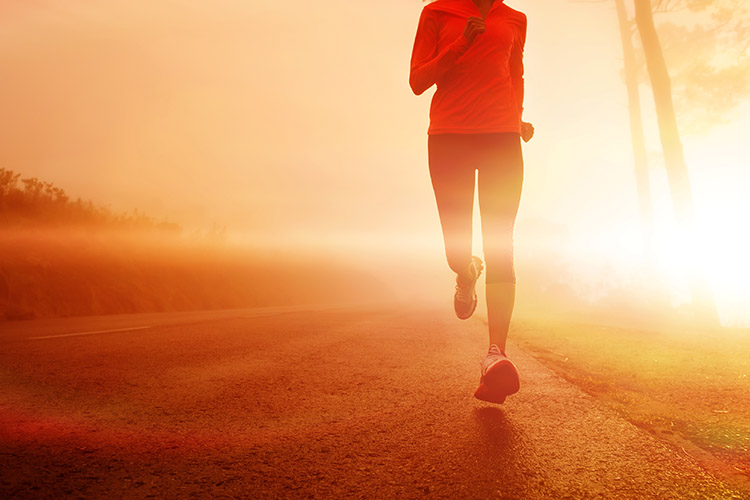 “The secret of your future is hidden in your daily routine.” — Mike Murdoch

What is a Routine?

Let’s take the following example of a routine: John is a middle-aged man living in Seattle. He has a wife, two small children, and a Golden Retriever. John’s family lives in a townhouse located in a suburban community, and he commutes 45 minutes to work each day, in either direction.

He’s your typical average working middle-class American man. He wakes up in the morning, brushes his teeth, showers, shaves, gets dressed, eats breakfast, kisses his wife and children goodbye, then drives to work.

Good or bad, a routine is a set of behaviors that we do repeatedly. In most cases, they’re habitual. John’s morning routine is a typical one that sees him running out the door at the last moment with a cup of coffee in one hand and a briefcase full of unfinished paperwork in the other.

But, what if John’s morning routine was a little bit different? How would this impact the remainder of his day?

Why Routines are Important

First, let’s backtrack a little bit, and take a closer look at the importance of routines.

Routines, which are mainly comprised of habits, run our lives. In fact, according to one Duke University Study, 45% of human behavior is comprised of habits. So, that route that you drive to work in the morning is a routine that’s rooted in habit. The way that you take your coffee is a routine that’s rooted in habit. Almost all of your routines are habitual, because you’ve been doing them for so long that they’ve become ingrained in your mind.

So, if routines are habits, then what are habits?

Think about habits and routines as channels in rivers that form, connecting together other streams, lakes, oceans, and tributaries. As the channel is etched deeper, water flows more freely across it. The same thing applies for habits. Thus, breaking the flow of water can be difficult, and frustrating to say the least.

So, the importance of routines are clear: routines are based in habits, which predominantly control a large portion of our behavior.

But, how much control do we actually have over those routines, and subsequently, our habits? How easily can we influence habits that have become so deeply embedded in the mind?

Well, these are important questions. Since routines are comprised of habits, which dictate the majority of our behavior, it’s clear then that by influencing our habits, we can change our routines, subsequently our behavior, and the overall quality and outcome of our lives. Poor people can get rich, fat people can get skinny, and substance abusers can quit cold turkey, right?

Of course, we all know that it’s easier said than done.

Where most people fail in altering their routines is trying to bite off more than they can chew. An example would be an obese person trying to quickly lose weight in a short period. Although that person might see some initial successes by cutting caloric intake and increasing exercise, without actually influencing the routines, or habits, which are driving their behavior, the first or second plateau that’s reached will lead to their demise.

We’ve all experienced failure when trying to modify our habits and build better routines. In the beginning, the changes are exciting. But, an inverse relationship of excitement to time kicks in. The longer we try to influence our habits, the less exciting it becomes over time, and the more discouraged we become as we hit plateaus and suffer setbacks.

So, what’s the solution?

Well, in order to influence our behavior on the habit-level, and in turn, modify our routines, we have to take a few very important steps. Success lies in our ability to stay organized and committed over time.

But success also lies in our ability to make changes on the micro-level. In essence, we can’t bite off more than we can chew. When we commit to small but incremental changes over time, our success rate sky rockets.

Like the other routines in your life, morning routines are important. Some people crawl out of bed after hitting the snooze button on their alarm several times, and barely make it in to work. Others, are up bright and early, exercise, eat a healthy breakfast, and even have time to spare to read or study something empowering or beneficial.

These morning routines are important because they can so heavily influence the pace and outcome of our day, and subsequently our lives. By building better routines in the morning, you can improve just about anything. It all starts with the morning routine. Begin there, and work your way through your day, handling all of your other routines, but not until you perfect your morning routine.

So, how is this done?

The first step is organization.

If you find yourself running out the door in the morning with a coffee in one hand and a briefcase full of unfinished paperwork in the other hand, like John, how can you make some changes that will help to benefit you?

How do you want your morning routine to empower you? Is it wanting more time, more energy, more happiness, or something else? When you decide on what you want out of your morning, then you can take the necessary steps to outline a routine that will help aid you in accomplishing that goal.

If you said you wanted all of the above, then that’s okay too. What’s important now is to outline some steps in what you want to accomplish in the morning. If you want more energy, you have to make adjustments to your evening routine by either getting to bed earlier, not eating so many heavy foods past 7pm, and so on.

If you said you wanted more time, then you need you train yourself to get up an hour or two earlier. Now, this isn’t going to happen overnight. Creating a change like this is going to take consistent effort. Remember that morning rituals are habitual. And, in order to change, break, or create new habits, we need to exert constant and repeated effort over long periods.

Specifically, this is how this works.

Since habits don’t form overnight, and habits are routed in routines, you can’t expect to create a new empowering routine in just a few days or even weeks. We all get discouraged from time to time, no matter what goal we’re pursuing. But, overall, you’ll need a sense of commitment to your plan. You can’t simply give up after a few weeks.

In a recent study that was published in the European Journal of Social Psychology, Phillippa Lally, a health psychology researcher from the University College of London, determined that, on average, habits take 66 days to form, but could take up to 254 days to form in some people. For this reason, commitment is paramount to form habits.

So, when you’re building your morning routine, realize that it will take commitment to make it habitual. You’ll want to revert to want you know if you don’t stay committed. For example, if you plan to wake up an hour early so that you can exercise for at least 30 minutes, realize that it’s going to take you around 3 months before that habit solidifies as a morning routine.

One great way to stay committed to your morning routines is by finding strong enough reasons why you must do something. This always works in goal setting, and building an empowering morning routine is no different than trying to achieve any other goal.

Figure out why you want more time, energy, or happiness, and it will help you to stay committed to your goals.

Persistence is defined as the continuation of some objective or goal even under duress of great difficulty or strife. There are several ways that you can stay persistent towards your goal of building an empowering morning routine.

Firstly, since habits are so difficult to form, if you find yourself reverting to your old ways of sleeping in or not exercising in the morning, make small micro-changes. What does this mean? Well, for example, if you stopped exercising or stopped waking up early by an hour or two, work your way to those goals.

You can work your way towards a goal by making small, yet incremental changes on a daily basis. You could just drive to the gym and back in the morning for a few days in a row. Put on your gym clothes and make the drive, park in the parking lot, then drive back. Sound counter-productive? Well, it’s not. These small changes help to build habits in the mind.

This works no matter what goal you’re pursuing. Whether it’s to build an empowering morning routine, or something else, you can make micro-changes to help you move closer and closer to your goal on a daily basis. Remember, your habits took years, and even decades in some instances, to solidify. Don’t expect things to happen for you overnight.

So, knowing what we know now, let’s look back at our example of John, our middle-aged working family man who barely leaves the home on time with a cup of coffee in one hand, and unfinished paperwork in his briefcase in the other hand.

John had an issue with waking up early. He had habitually trained himself to wake up at 7:45 am. In his mind, he had decided that this was the optimal time to wake up for work so that he could arrive almost precisely on time and still get enough sleep.

But John knew that he wanted to make a change.

So, to change his morning routine to be more empowering, John detailed out a plan for himself. He wrote that he wanted to have more time in the morning to spend with his family, increase his energy level, and allow him to get to work with more of clear sense of his objectives for the day. In short, John wanted to better manage his time while also increasing his energy level.

John thought about the reasons why he wanted to do this. He wanted to do it so that he could spend more precious moments with his family, while feeling happier and more fulfilled by increasing his energy level. John detailed out a plan to wake up one hour early in the morning. 6:45am was the time he decided on.

For two weeks, John stuck to his goal. He got up, did some light exercise, and even had more time to spare with his family. But, then, he got discouraged. Things just got in the way; life got in the way. So, he had to work his way back to the goals. He knew that he couldn’t try to bite off more than he could chew.

Eventually, John was up at 6am ever morning, able to exercise, eat a healthy breakfast, spend time with his children, and still have time to plan out his day and arrive to work early. It was the small and incremental changes that made the major difference. That’s what allowed him to stay persistent towards his goals.

"Discover How To Start Your Home-Based Amazon Business Today (Step-by-Step)!"