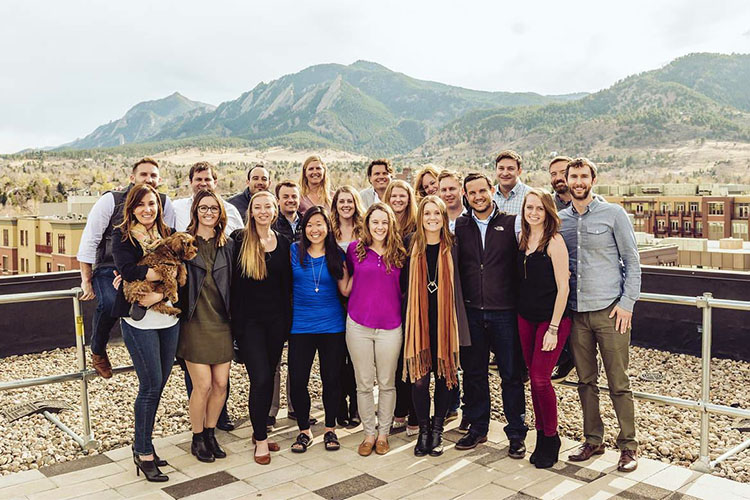 I’ve had my ups and downs in business. I’ve tried and failed. Tried again. Failed some more. But with each successive failure, I’ve picked myself back up again and kept going. I’ve learned and matured, reaching an understanding about what it takes to build a successful business.

That’s just what you do in life. However, the difference between those who build a successful business and those who don’t boils down primarily to one thing. And that, my friends, is persistence. It’s getting up after you’ve been knocked down. It’s taking that next step even when you feel like the ground might crumble beneath you.

The thing is that it’s so easy to give up. I know that. You know that. When the short-term pain of achieving something exceeds our pre-defined threshold, we all want to throw in the proverbial towel. But what happens when you don’t? What types of things can you achieve when you put your nose to the grindstone and work like there’s no tomorrow?

As most of you already know, I’m mildly obsessed with success and those who attain it. Mainly, I’m interested in the process. Because, as Tony Robbins often says, success leaves clues. If you want to succeed at something, go find someone who’s already succeeding and model them. No, this is not about copying or duplicating someone’s business. It’s about modeling.

This means that, in your own life, if you want to achieve a certain goal, like to lose weight or make more money or start a business or whatever, then go find someone who’s already succeeding and go model that person. That’s it. That’s what it takes. You don’t have to go and re-invent the wheel here. Just model.

Is Building A Successful Business Easy?

Not too long ago, I met a guy named Michael Joseph who personifies the strong-willed drive to succeed. In fact, his story is an interesting one. It’s one filled with setbacks and roadblocks. You see, way back in 2008, he bought a house in Lake Tahoe. He wanted to fix it up and maybe flip it for a profit. Being from Lake Tahoe, he knew the area like the back of his hand and was well-versed in property valuations and all the best areas.

However, what he hadn’t planned for was for the property market falling off a cliff. And that’s precisely what had happened. He had sunk all this time and energy into buying and fixing up a home, and was now left with a property he couldn’t re-sell unless he was willing to suffer a significant loss. So, he did the only thing he knew he could do at the time–he rented it out.

At first, he had envisioned renting it out as a long-term rental. However, somehow, one way or another, he found a vacation rental website called VRBO, where he started to market the Tahoe property as a short-term rental. One thing led to another, and eventually, Joseph hit a stride. Occupancy rates soared while demand for vacation rentals steadily increased.

However, as Joseph dove deeper into the business, and he found himself turning away customers, an interesting thing begun to unfold. He started to contact nearby owners and tell them about the excessive leads he was getting. One thing turned to another, and Joseph found himself referring business to others on a regular basis.

Now, we all know that building a successful business isn’t easy. If it were, everyone would do it. But I was more intrigued with the steps than anything else. I’m fascinated by the process and the mindset it takes to get you there. Joseph, with the help of business partner, Tom Feldhusen, have built a wildly-successful company over the course of many years. But it wasn’t easy.

Below, I’m outlining the steps they’ve taken to build InvitedHome into a behemoth in the luxury rentals market.

What comes first, the chicken or the egg? If you’re sitting there asking yourself how you can start a successful business, what you first need to be able to do is to identify the right opportunity. How? Research. Research. Research. Put on your thinking cap. This is going to be a wild ride.

Every single time I think about the opportunity now, I think about what Russell Brunson calls the blue-ocean-vs-red-ocean paradigm. When Joseph and Feldhusen were starting InvitedHome, vacation rentals were a blue ocean. Not everyone was doing them. Today, that’s not the case. Today it’s a red ocean.

When you can identify the opportunity, like Joseph and Feldhusen did, that’s not the end of the road. That’s just where things start to get interesting. But without first identifying it, there’s nowhere to go from there.

The second step to building a successful business is to create an irresistible offer. What makes an offer irresistible? It needs to add excessive amounts of value. Without real, inherent value, there is no great offer. Now, for Joseph, he built a fully-serviced business around the rentals. It wasn’t just a book-it-and-forget-it business. There was real value.

Joseph and partner Feldhusen built out automation in the form of software and on-site teams. They created redundancies and removed inefficiencies in the rental experience. Their online software called HomeCraft is state-of-the-art and comes complete with built-in work orders and seasonal maintenance requirements. Not only does this add value to the consumer renting the property, but also the owner who owns it.

When the offer is an irresistible one, colossal businesses can be built atop them. It reminds me of something that Russell Brunson often says: “You’re just one funnel away…” By funnel he means sales funnel. And at the heart of any sales funnel is that irresistible offer. Add massive amounts of value, and you’ll see the return in the form of leads and sales.

That might be why Joseph and Feldhusen have built InvitedHome into an Inc 500-recognized company. In fact, they became #28 out of 500 incredible companies, and the highest ranked hospitality business on that list.

One of the core elements of any successful business is the team. Your employees are a direct representation of your business. They also represent your values and your mission. If your employees don’t treat your customers the right way, it’s a poor reflection on your and your business. Often, a customer can’t make the distinction between who’s an employee and who’s an owner or founder. They simply see your company.

For that reason, if you’re serious about building a successful business, focus on your team. Build a solid team of employees who will properly represent your company. Joseph has invested greatly in his team. Others who’ve built successful companies have done the same. You simply can’t discount this step.

This is also probably one of the hardest parts of building out your company. Finding the right people is always going to be a challenge. But that’s absolutely where you time should be vested. It pays off in spades. So you have to be relentless in your search. It truly is one of the defining cornerstones of your business.

Okay. It’s not easy building a business. Especially when we’re talking about a wildly successful one. You have to understand how to market your business online. You need to know the mechanics of online marketing so well that it’s almost like the back of your hand. The problem is that many of us can’t afford marketing departments when we’re just starting out.

However, you need to understand the mechanics of things like sales funnels and re-targeting your ads to consumers after they’ve visited your site. You also need to learn how to market via email and how to leverage social media to help expand your reach and nurture your audience.

Yes, there’s a lot to learn and loads to consume. But it’s well worth it. Marketing your business online gives you the quickest pathway to reach the largest target audience. It’s also the most cost-effective way of reaching that audience. Considering that television and radio and print are largely dinosaurs at this point, the quicker you understand online marketing and areas like social media and search engine optimization, the faster you can build that business of your dreams.

For Joseph and Feldhusen, two down-to-earth guys, they really leveraged the power of vacation rental platforms and paid ads to fuel the growth of their business. However, it was a combination of great inventory, unrivaled service, and unsurpassed customer service that allowed them to take their company to the next level.

If you can spend one dollar and know you’ll consistently make 2 dollars or 3 dollars or 5 or 10, then you’ll continue to spend that dollar, won’t you? Of course. This is what we call a converting offer. But to get an offer to convert, you have to have lots of variables in place. Is it easy? Nope. But it is well worth it.

Joseph and Feldhusen figured out how to scale, not only by creating an offer that converts, but also by having all the other variables in place. But at the end of the day, you need a converting offer to get there. And it needs to be an irresistible offer that adds loads of value. Not one that tries to extract as much money from the consumer as possible. One that adds value and is well worth it.

Once you figure out your converting offer, it’s all pretty much gravy from there. Getting there is hard work. But once you’ve built out the steps, you’ve created something that’s replicable. You can use that to continue building out the business, getting even more successful, or to sell it and launch a new one.

That’s not to say that every business can scale the same way. There are variables to each one. Different markets and industries bring different segments of buyers and other challenges. No two businesses are really the same. But when you can identify the patterns, you can see a clear path to the finish line.