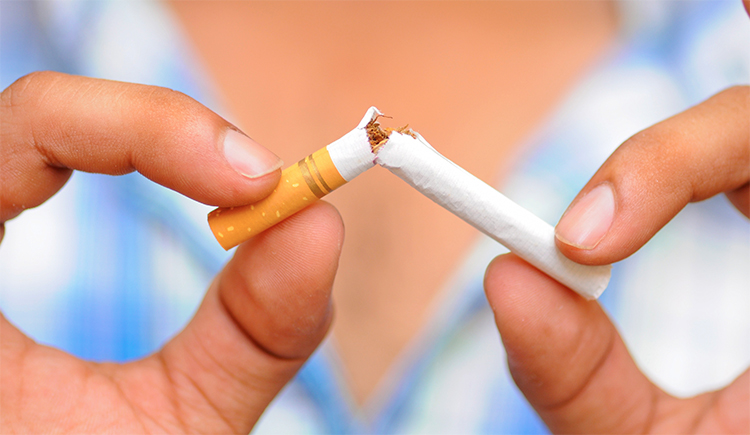 “Your net worth to the world is usually determined by what remains after your bad habits are subtracted from your good ones.” — Benjamin Franklin

According to a Duke University Study, 45% of our behavior is habit-driven. From the route we drive to work, to the types of foods we eat, to what we do when we’re bored, and even the Websites that we visit, are all primary driven by our habits. So, it comes as no surprise to people who are looking to break their bad habits, that’s it’s extraordinarily difficult to do so. Since those habits are so ingrained in our lives and etched into the neural pathways of our minds, finding ways to break those bad habits can lead to repeated frustrations.

The saying “You can’t teach an old dog new tricks,” is rooted in this very powerful truth that changing behavior is difficult. This is also why it’s remarkably difficult for people with serious addictions to break free of those behaviors. But, when it comes down to it, breaking any bad habit is a straightforward process as long as you have all the components in place. But, it’s not just about understanding how to break the bad habits that’s important, it’s actually following through and being conscious of your behavior and not giving up.

But herein lies the problem. As a society, we think in very absolute terms when we relay a definition of who we are or what we do. Either we’re smokers or we’re not. Either we’re athletic or we’re not. Either we overspend or we don’t. Either we overeat or we don’t. And so on. It’s difficult for us to moderate our behavior because moderation to us is a foreign concept. We don’t think in terms of moderation; we think in terms of extremes. So, breaking free of any of those extremes is hard, especially when coupled with the everyday stresses of our lives.

You are Your Habits

Before getting into an understanding of just how to break your bad habits, let’s look at what habits are. Habits are any behaviors that are frequently and automatically repeated. These behaviors are often ingrained in the mind, etched deep into our neural networks. These etchings form what are called neural pathways that help to link up various parts of the mind into one continuous behavior. The more those behaviors are performed, the deeper the channels that are etched into those neural pathways, and the more difficult it becomes to break a bad habit.

It’s important to understand that we are our habits. What we do on a daily basis defines the quality of life that we’re experiencing at any moment in time. If our first inclination is to hit the drive-through at a fast-food restaurant soon as we feel those hunger pains, then we might be considered as unhealthy or overweight if that behavior is a habitual pattern that we’ve kept for a long time. What we have to do is first identify the parts and components of any bad habit before we can make adjustments to those behaviors.

There are three parts associated to any habit:

When we look at our bad habits in this format, it’s far easier to understand the circumstances involving what sets them off with a careful analysis, and why we continuously follow through with them.

Breaking any bad habit is hard work, but not an impossible feat. One of the first and most important steps, however, in your bad-habit battle, is identifying your bad habit. As the cliche goes, “Knowing is half the battle,” and actually identifying your bad habit brings it out from under the subconscious mind and into the conscious realm of thought. No matter how bad that bad habit is, we have to first identify it if we want to eliminate it.

So, how does this work?

Well, this is simple. Take out a sheet of paper or launch a word processing document on your computer, tablet, smartphone, or wherever, and start writing. Detail out your bad habit. Specifically describe it in verbose terms. Bring it out from under your subconscious mind by illuminating it, no matter how bad it is or how painful it is to transcribe.

What is the bad habit? How long have you been doing it for? How has it affected your life? Has it made you overweight, heavily in debt, unhappy, or anything else? Be very specific here. The more specific you are, the better. When did the bad habit first start? Was it a result of some event in your life? Did it proceed a divorce, an accident, or some other emotional life-altering period?

Now that you know your bad habit, and have specifically described it and brought it into the conscious realm, you can now see it in all of its horrific glory. What you must now do is to identify your trigger. What sets off this bad habit? If it’s cigarette smoking, does it happen after you finish eating? What’s the sensation that you feel just before this bad habit is performed?

For example, this could something as simple as boredom, which could involve a specific time of day or when you’re in a specific place. This could be in your car, at your office, at home after work, and so on. What’s happening right before the bad habit is performed? What are you feeling? This is a very important part of the process and shouldn’t be overlooked.

Finding the cue is a critical part of breaking any bad habit because it allows us to determine just when, where, and how bad habits are brought on. Knowing the behavior is one thing, but knowing what brings that behavior on is a completely different thing. Find the cue, and you’re that much closer to breaking your bad habits.

The third step in this process is to identify your rewards. Remember, every bad habit has a reward, whether it’s a physical reward, emotional reward, or some other, nearly-non-existent mental reward. So, what’s your reward for your bad habit? If you smoke, it might be the physical affects that smoking brings on – i.e. a reduction of stress, a sensation of relaxation, and so on.

If your bad habit is overeating, then the reward might be the overall taste the food has, or the fact that it releases specific neurotransmitters in the mind that simply make you feel good.If the bad habit is procrastination, the reward might be the simple fact that we get to put something off and not think about it for a little bit longer. We’ll need to understand the reward if we want to break the bad habit, because we’ll be trying to keep those rewards but replace them with different behavior.

The next step in the habit-breaking process involves flipping the script on your bad habits. Take a look at your bad habit as you’ve chronicled it now in front of you. You now know the behavior, the cue, and the reward. The goal here is going to be to find another behavior that will bring upon a similar reward.

In order for us to flip the script, we have to replace the behavior of eating a chocolate bar with something else. For example, we might keep a banana on hand or a granola bar, or some other healthy alternative and replace that bad-habit behavior. This involves some planning, but once you have a game plan, it’s simply about the execution. I know that this sounds like common sense, but it’s actually repeating this new behavior enough times that’s going to allow you to break your bad habit.

Studies have shown that habits take between 19 and 254 days to form. It varies for each person based upon numerous factors. But, it generally boils down to the frequency of repetition. If you can repeat an action enough times, you can make it a bad habit, or in turn, break any bad habit.

So, the best way to break your bad habit is to keep track of just how well you do. Use a spreadsheet and detail each day by writing out the cue, the behavior, and the reward. When did you experience the cue? What was the replacement behavior? What was the reward directly after? Did you follow through with the new behavior?

Keep in mind that we build from momentum, and when we tend to start something up, we usually tend to continue. This is a take on the object in motion staying in motion. By keeping track, it also allows us some perspective on our progress. And, if we slip up one day, we can get right back to it.