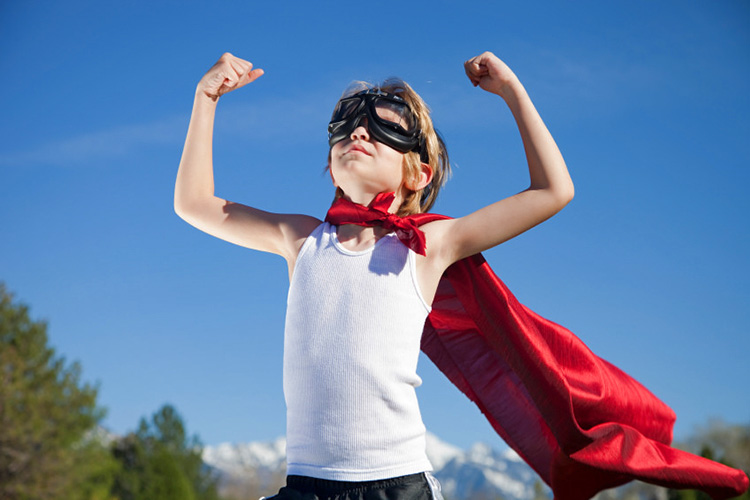 One of the hardest parts about achieving our loftiest goals, is actually believing in ourselves. When we have the deep-down belief that we can achieve or attain something, much of the hard part is already done. The rest is a matter of simply doing by taking action consistently over time, measuring our results, and making adjustments along the way to reach our goals.

But it’s that utter belief that we can achieve something that acts as a prerequisite towards fulfilling our dreams. So how are we supposed to believe in ourselves, especially after suffering through so many setbacks and failures in the past? How can we believe we can achieve something when we’ve experienced so much pain as a result of attempting to do so in the past?

Clearly, some of the goals that we set for ourselves aren’t easy to achieve. If they were, wouldn’t everyone set and achieve them? Of course they would. But lofty goals take huge amounts of our time and energy. It’s a matter of pure focus and utter belief that ultimately we will see them through. So, how do we get to that mental state from the present one, especially when we can’t seem to believe in ourselves?

Developing True Belief in Yourself

My life hasn’t always been that simple. Things have gone wrong and I’ve failed. And it’s happened over and over again. If the past were any indication of the future, I would have given up long ago. But, somehow, deep down inside, I had this utter belief and faith in myself.

I wouldn’t call it an easy process. It took hard work, true grit and determination in myself and in my capabilities. But I know this — if I can do it, so can you. It wasn’t brain surgery. All it required were a few simple methods repeated over and over again.

The human mind has an uncanny way of gravitating towards that which it can envision in great detail. When you can all but see it come to pass, having belief in yourself becomes almost like second nature. That’s why it’s so powerful to do things like tour open houses or test drive cars.

But the more effort you put into envisioning something, the more likely you’ll be to not only believe in yourself, but also to actually achieve it. Begin writing out your vision. Take a look at your goals, and try to envision that on paper. What would life be like if you were to achieve your goals?

Ask yourself what you would be doing on a daily basis. Where would you be living? What would you be doing during the day? What places would you be traveling to? Try to envision every last part of it in as great detail as you possibly can. That’s one of the most powerful ways to develop true belief in yourself.

Often, when we want to accomplish some of our loftiest goals, we need to have a deep-enough meaning to do so or we won’t end up seeing it through. Similarly, the way to create utter belief in yourself is to have a meaning that’s stronger than all of your excuses and bad habits combined.

Since it’s so hard to rise up above whatever it is that we do on a regular basis and break through our self-imposed limitations and things like procrastination, having a deep-enough meaning is an important avenue for self-belief. Come up with something that means more to you than anything else.

This isn’t about money, cars, houses, or luxury trips; this is about something far more meaningful than that. If you want to create belief in yourself and your ability to achieve something, focus on the things that really matter: family, love, country, security, freedom, and so on.

But don’t just think about this in your mind; write it out. If you don’t write it out, you’re leaving it in the abstract. Come up with something that means so much to you that you’re willing to sacrifice just about anything to achieve your goals for that reason. Then, write out why it’s so important to you.

This is an easy way to overcome some of the mental hurdles that tend to hold us back.

There are always people who try to hold us back from achieving lofty goals. They don’t want to upset the status quo. If you succeed and accomplish something great, you might leave them in the dust, so to speak. But if you want to believe in yourself, you have to stop listening to other people, period.

Naysayers can really affect our moods and our ability to keep up the motivation to achieve something. They tend to get into our heads, little by little planting the seed that we should stop trying to do something because we likely can’t achieve it.

We’ve all heard it before. No matter what we do, what we try to achieve, or who we want to become, there are people trying to hold us back. It’s hard to believe in yourself when you have to deal with all of that negativity on a constant basis.

So ignore the naysayers. Cancel out the noise. If people aren’t there to support you, then they don’t have your best interests at heart. How are you supposed to believe in yourself when all the people around you don’t believe in you? It’s far harder that’s for certain.

#4 — Focus on your past successes

Life is all about focus. We get whatever it is that we focus on. If we focus on the fear of failure or the potential for pain from not achieving something, we’ll get just that. But, when we can focus on our successes, and just what we’ve achieved in the past even when the odds were seemingly stacked against us, it’s far easier to believe in what we’re capable of.

Think back to times in the past when you achieved things that people thought wasn’t possible. Maybe you even surprised yourself. What did you achieve? How did you do it? What did you have to overcome to get there?

By focusing on past successes, we can tap back into that once-held belief that we could do anything, be anyone, or achieve our loftiest dreams. Write out what you’ve achieved in the past and what you overcame to do so. Write it out in great detail and really spend the time with this.

As you focus on your past successes, think about how you once had that belief in yourself that you could achieve whatever it is you wanted to achieve, and you ultimately did. How can you tap back into that strength right now? Sometimes, after failures, it’s hard to get back into that headspace. But, if you want to achieve something, it’s important to do so.

Everyone in life fails at something at one point or another. No one is immune to it. But, what everyone doesn’t do is to pick themselves back up again after they fail, dust themselves off, and keep going. Don’t allow a little bit of failure in your life to ruin the belief that you can still achieve anything.

#5 — Find a daily source of inspiration

What inspires you? What keeps you going or interested? What types of things do you watch, read, or listen to that might help you in your quest to achieve whatever it is you’re looking to achieve? You have to find a daily source of inspiration that you can tap into. When you’re feeling down, this is the perfect way to rally the troops, so to speak.

There are a few different ways to tap into your daily inspiration. You could start by creating a vision wall where you hang photos, quotes, and clippings from things that inspire you. Look back to your reasons for wanting to achieve something, then find photos or quotes that can help support those reasons.

The vision wall is great because you can see it every day. It’s a constant reminder for what you want out of life. This isn’t about the superficial things that we’re after. Rather, this is about helping to support the notion of what it is that we truly want and why we want it.

Other ways to get inspired on a daily basis is to use online resources such as YouTube and TED Talks to source inspiring videos that can help us to push past some of those limiting beliefs we all tend to harbor.

#6 — Don’t be afraid to put yourself out there

The fear of putting yourself out there only to be disappointed by another failed attempt or an embarrassment from your friends, family, or peers is enough to stop us dead in our tracks. How are we ever supposed to believe in ourselves when we live in this constant state of fear?

But don’t be afraid to put yourself out there. Don’t be afraid to fail. Sure, things might not go according to plan, but that’s okay. There’s a reason for it all, and as long as you take away something from the situation, then it was still worthwhile.

Life isn’t just about winning or succeeding all the time; it’s about learning and growing, maturing and reaching new, deeper understandings about things. It’s a process, and it isn’t something that happens overnight. It takes time. So don’t be afraid to put yourself out there.

Develop an utter belief in yourself by pushing past some of your fears. It’s okay to be afraid. But don’t let that fear stifle your progress, especially if you really want something. Go for it. And don’t hold back.

You must realize, no matter what you’ve been through, that it’s entirely up to you to believe in yourself. You can’t rely on others to do it for you. You have to reach deep down inside and come up with that belief for yourself. No one else can instill it in you. Not your friends, not your spouse, and certainly not your peers.

Developing belief in yourself can be hard, especially if you’ve been through some very difficult times in the past. How can you learn to trust others and yourself to push through the things that have made you stumble in the past? Well, nothing in life is guaranteed. But, this much is true — you can’t achieve anything if you don’t put yourself out there.

Believe in yourself. Put yourself out there. And keep pushing. Even if you fail, it’s not the end of the road. Failure and pain are pathways to success and achievement. You might not realize it at the time. But those things will serve you far more than they will hurt you.