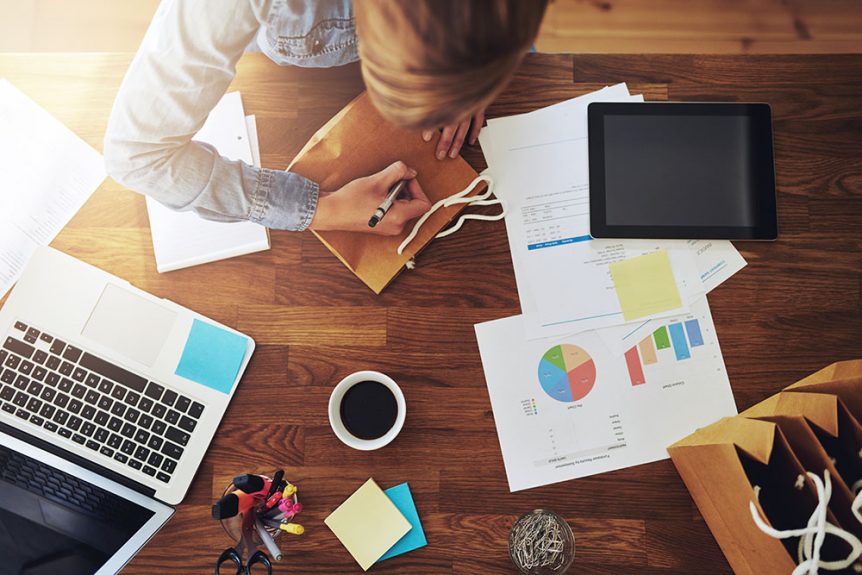 Hello and welcome to another episode of Business Secrets. My name is Robert Kanaat, founder of wanderlustworker.com, the premiere online destination for all things personal development. Goal setting, strategies are one of those things. That’s what I wanted to talk to you guys about today actually.

I know that goals are pretty much the source of everything in life, and when we don’t set goals we kind of wander around and we don’t actually go anywhere. If you want to actually do something in life that’s worthwhile, you have to set goals. Some of us set goals all the time, some of us fail to set any goals. But I want to talk to you about the importance of goal setting today.

To do that, I wanted to relay a story about goal setting. This story actually goes to a study that was done by Harvard University. Was way back in 1979, and they studied the graduating class, the MBA graduating class. Just prior to the graduation. What they did was they went out there, the researchers went out there and they asked the entire class whether or not they had set goals for the future and how many of them had actually had plans for those goals.

So here are the results of the studies prior to graduation. 85% of the class had set absolutely no goals at all. 13% of that same class had written goals but had no concrete plans for them. So they had written down their goals, but they didn’t have any plans. Only 3% of the class had actually written the goals and created plans to achieve them.

Then they go back and they determined that some remarkable things had happened. But it was kind of like how they had guessed, but way, way more than they had guessed it would be. So 10 years later, the 13% of the class that had actually written down their goals but they didn’t have plans to achieve them – they were making twice as much money of the 84% of the class that had no goals at all.

But here’s the kicker, right? The 3% of the class that had both written goals and a concrete plan were making 10 times as much as the rest of the class. Now I’m talking about the rest of the class, as in – even those that had written down their goals. So this kind of tells you the power that’s behind writing goals and actually making a plan to achieve them. Not just writing goals and like hoping and wishing that it happens. All of that law of attraction stuff, it doesn’t work unless you actually take action.

So not only do you have to write them down, but you have to actually set a plan to achieve them, right? Like you can’t just write down your goals and then hope that you go in the right direction. Yeah, the direction is great, writing down the goals – that’s great, that’s a great start. If you haven’t done that now – if you haven’t done that yet, I’d suggest that you pause and use the 15 minute rule, right?

So grab that timer and set the timer for 15 minutes, or just start the stopwatch, and then promise yourself, “Only 15 minutes,” and start writing your goals. Go stream of consciousness. That is actually huge, because something extraordinary happens when you start to actually write things down. Your mind begins to like stack and like organize and like think through and extrapolate kind of like what’s in there, what’s hidden in the trenches in the far reaches of your mind.

So if you haven’t done that, pause the audio now and go do it. Because that’s one of the most incredible things that you actually do that will propel your life and your business forward right now. Because if you don’t have those written goals, then like there is a big problem, right? You can’t just set them in your mind. So actually writing them down and planning them, that is the secret sauce, right?

There are a bunch of secrets to business, right? A lot of the secrets that I’ve been going over episode after episode. And these are secrets that I’ve gleaned from some of the most successful entrepreneurs, and also gleaned from my life personally and in business. Actually going through the steps and planning it, that’s really important, okay? You should use a method called “The Smart Goal Setting Method.”

Now I’ve blogged about this so many times, I think if you Google like “smarter goals,” I’m probably number one. Smart goals are somewhat similar to smarter goals. Smarter goals take it one step further. So let me explain to you what smart is – it’s an acronym S-M-A-R-T. So the goals have to be specific, right? They have to be specific. By specific, that means you have to know like quantitatively what you’re trying to achieve.

That means that that goal has to mean something to you beyond actually giving up on it, right? So if it doesn’t mean something to you, then you will always give up on it. How do you find meaning to a goal? You have to ask a question, “What does this mean to me,” right? You have to keep asking a question until you go deep enough, where you – where the question equals the answer.

For example, you don’t just want to make more money to have a bunch of deceased Benjamin’s in your bank account – pieces of paper with deceased President’s on it. You want to make more money for a specific reason. Like what is that money going to afford you, right? It will give you the opportunity to buy a new car, or to buy a bigger house, or to move your family somewhere.

Those are kind of superficial meanings. You have to find the deeper meaning. So you have to keep asking yourself until the question equals the answer. So for example, maybe it’s because you want the freedom or the security that more money affords? The ability to spend more time with your family. So family would be a great reason why.

But you have to put passion behind that meaning. So if there’s no real passion there, then you’re not going to do anything to achieve it. You’re going to give up, okay? Kind of like on New Year’s Eve goals. So write down like what is so meaningful about that goal to you, and actually write it down and feel that, right? Because you want to repeat this whole process to yourself every single day a couple of times a day.

One great book that I’d suggest you to go read is, “Think and Grow Rich.” It’s probably one of the most phenomenal books you could possibly ever read. A lot of the concepts and the principles about the way I think, and the way that the most successful people in the world think, are actually in that book. So I would suggest go picking up a copy of it.

Now by “A” in smart, we mean that the goal has to be attainable or achievable. It’s okay to set outlandish goals, but if you’re $100,000 in debt, don’t say that you’re going to make a billion dollars by the end of the year. Sure you could set a billion dollar goal 10 years from now, or five years from now – whatever, right? But within the year, make sure that it’s attainable.

Also you want to make sure that the goal is time based. So like don’t just say you want to achieve a goal a year from now. Actually write down the frigging date on the piece of paper that you’re planning. Like pick the actual date from the calendar. Like if it’s April 15th for you right now, then like pick April 15th in the next year. Or if you want to set a goal that you’ll achieve before the end of the year, or before the one year period – then write down that date. That’s really, really important. So it’s got to be time based.

So that’s really important. If you’re not setting goals, you’re honestly doing yourself a big disservice. You have to actually get out there and set goals, because the most successful people in the world actually set goals, and they create plans to achieve them. Now that doesn’t mean you have to know every single step of the way that you’re going to get from where you are today to your actual goals. But you kind of have to have a path, right? You want to have an overall direction that you’re going to follow.

It’s like when an airplane takes off. The airplane has a flight plan. That flight plan might change during the flight due to turbulence and air traffic congestion and other things. But the airplane is constantly modifying that, right? It’s re-evaluating that. So you can definitely do that while you’re in flight, while you’re going towards your goals. But you need an actual flight plan. If you don’t have that, then you’re doing yourself a disservice and you don’t know where you’re going.

So anyhow guys, like I really, really hope that this was useful to you. Please like and share and subscribe to this podcast on iTunes, I’d greatly appreciate it – or wherever it is that you’re listening to this to. I sincerely appreciate you taking out the time to listen to this. Again, my name is Robert Kanaat, with Business Secrets, and I hope that you stay tuned for the next episode.