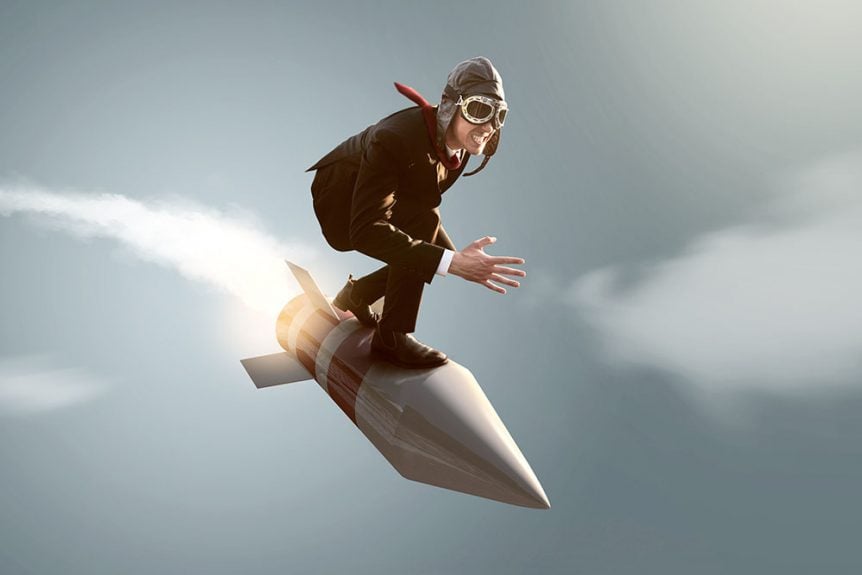 I’m pretty stoked right now, because in a week I’m going on – well in a little over a week, I’m going on a big tour of Europe. Taking my mom, my wife, and my two little kids. Pretty stoked. We’ll get to visit some pretty awesome places. My son is really into boats. One of the places that we intend on stopping in is Venice. I know he’s just going to be blown away.

I spent probably three months in Venice many, many summers ago. Probably about a decade ago, and I kind of got sick of it at the time. In fact it was raining one time, and I got so lost walking the streets of Venice. I think I was walking for about eight and a half hours.

This is pre-Google maps on the cellphone. I think maybe there was actually Google Maps, I just probably didn’t have cell phone service – and I got totally lost for about eight and a half hours. I just remember my feet were just like killing me. It’s such a confusing place. Once you start like walking across these bridges – literally, like trying to find our house again, was like super, super confusing.

Pretty stoked about that. I know that he’ll be blown away by these boats. There’s a fire fighter boat, a police boat. There’s a boat for everything. An ambulance boat. I mean, literally the streets are water. I’m pretty excited about that.

Today I wanted to talk to you guys about affiliate marketing. The power behind affiliate marketing and what it could do for you. Affiliate marketing is one of the things that I have leveraged to create multiple streams of passive income. It is quite potent, to say the least. The cool thing is, when you can build content and drive traffic – placing offers in – now you have to be very careful with FTC regulations. You have to make it clear that you potentially are getting a commission for your opinion. You have to stipulate certain things.

I want to talk about affiliate marketing by telling you guys a story. I know that I shared not that long ago several episodes back about me going out there and doing some interviews for people in Forbes and Entrepreneur Magazine. One of the guys that I interviewed, his name is David Sharpe.

David Sharpe started – originally had started a company called Empower Network. Before that he was a construction worker and he was involved in several make money online – I think, opportunities. Empower Network exploded. He did it with David Wood – and they went on to make like 170 million dollars in affiliate commissions, basically for their entire team. The company basically made 170 million dollars before it imploded and they had a big dispute.

I related that story a lot to myself and what happened with me, with one of my ex-business partners when we had a big dispute. It’s funny because he was – I think he was maybe the first person, well one of the first people. Russell Brunson was the first person that I tried to get in touch with. But I remember I couldn’t get in touch with him for a bit. I don’t know if it was his assistant or whoever it was on LinkedIn wasn’t answering.

David Sharpe was on an anniversary vacation with his wife. He promised his wife that he wasn’t going to take any calls or do any business while they’re away. It’s funny, because I contacted him, and he got back to me almost right away. That’s the power of, by the way, of the transference of trust that – for example, you have when you contribute to a platform like Forbes or Entrepreneur.

The cool thing was I got in touch with him right away, and he started to tell me his story. It was really interesting, because I found so many parallels in his story with mine. Maybe I’ll have him on this podcast one day? I’m still trying to get some podcast interview tools like a dual channel recorder and some other stuff that I know I’m going to need. It’s not as easy as just like getting a person on a phone call, because it just doesn’t sound good, so got to do it properly. Until I get all that figured out, I’m just going to be doing these episodes myself.

We were talking, and it’s pretty unique what he had done. What we started talking a lot about was Legendary Marketer. Legendary Marketer is his new opportunity. It’s a one level affiliate program, whereas Empower Network was an MLM basically. It was – the people who were in earliest, they really, really benefited the most. There’s been a lot of MLM’s, and a lot of MLM’s have gotten shut down. I wouldn’t suggest you getting involved in an MLM. Network marketing is okay-ish, but be really careful about multi-level marketing schemes and MLM’s.

Legendary Marketer is a one level affiliate program. The cool thing about it is that you only get paid commissions on the members you bring in. Anything that those members upgrade to, you get commissions on it. There’s really a lot of power in affiliate marketing. Because something like this for example, I think that now he’s gone on to do eight figures – which is fantastic. But the way that he has it set up is super cool. I’ve never seen a program where you can just get a commission of $1000 or $2500 and really not putting in that much work.

He kind of is skirting that line of a make money online opportunity. I can’t really market it too much, because it’s currently not as compliant – the landing pages are not as compliant. I’d love to market it more, but it just – yeah, I just run the risk. But at the end of the day, the one level affiliate program is great. It produces a lot of income. I put a very little amount of effort into it, and I got a lot of sign ups. Then I decided basically it’s – I run the risk. So I needed to be more compliant. I think I had asked him about that, but not sure where that stands.

Sell your products and services on ClickFunnels. You can run built in affiliate programs. They’ve got this upgraded suite. It has backpack and God, whatever it is – the extra suite – I think it’s $297 a month currently? I don’t know by the time you listen to this, what it’s going to be at.

You should run an affiliate program, because affiliate sales are massive. In fact one of the things that Russell teaches, and now Dana Derricks teaches – who I met at Russell’s Mastermind Inner Circle – is the Dream 100 Strategy. Is getting affiliates to promote your stuff. It’s way cheaper, and way less expensive to get super affiliates to promote your stuff. If you could just get one super affiliate to promote whatever it is that you’re selling, it’s game over. I mean literally, it’s just game over.
Dream 100 Strategy is great. It’s kind of what I did to contact all these really well known marketers and business people. I guess I was instituting Dream 100 without knowing what Dream 100 is. If you don’t know what it is, go research Dream 100, you’ll find a ton of stuff about it on the internet. Dream 100 is powerful. There’s real power in affiliate marketing, that’s the point.

If you’re not leveraging affiliate marketing, you’ve got to find a way that you could actually leverage affiliate marketing. Doesn’t matter what you’re selling, literally. You can get an affiliate program in place really simply. Offer them 30 to 50%, maybe even more? Just for the ability to get in with these people. Give them half of your commissions, give them maybe more of that if you can.

I don’t know that many affiliates will do it at 30%, I think most are going to want at least half. That’s kind of the price you have to pay. Yes, affiliates will do it for less if there’s an established relationship, and you’ve got a proven track record in the offer and stuff like that. I’m not going to talk about all those things right now. I’m definitely going to talk about creating irresistible offers in an upcoming episode.

Right now, here’s what you should do. Find a way you can incorporate affiliate marketing into your current business. Whatever you’re selling, whatever product or service you’re selling – find a way to incorporate affiliate marketing into whatever you’re doing. Because there’s real power behind it, I assure you. Plus you could be dropping all sorts of great content on Facebook, other social media networks like Instagram and stuff. When you have an affiliate program on the ready – to be able to cross market whatever it is that you’re selling, it’s really powerful.

I think a lot of people don’t leverage social media enough. But there’s real power there, as long as you drop gold nuggets of value. That’s really it. There’s this guy, Akbar Sheikh – he’s also in Russell’s Inner Circle Mastermind. I met him in Boise. He’s great at this. He’s grown seven funnels into seven figures, and has – well so far as what he tells me – he has not paid for marketing. He’s dropped a lot of valuable content, and people have just wanted to work with him.

I find that super cool. There’s real power in social media, but you have to get visible. I think that’s the thing that a lot of us struggle with – is getting out there, and putting ourselves out there for blogging or getting on social media and posting great content. We struggle. Because most of us are self-conscious, including myself – getting over some of that, I think is the trick. Life is short – and if you don’t get over it, life’s going to get over it. At the end of the day if you want something badly enough, you’re just going to do it. If you don’t, then you’re not.

I challenge you today to get out there and find a way you can incorporate affiliate marketing into your current business. If you’re selling products or services, great – get on ClickFunnels, or find another way you can incorporate affiliate marketing. Get your lead salesperson to get out there and find affiliates. Use a Dream 100 strategy. There’s a lot of power in it.
Hopefully you found some value out of this episode. Please like and share and subscribe on iTunes, comment. I read all your comments. Thank you so much for joining me here, and I will see you guys next time.