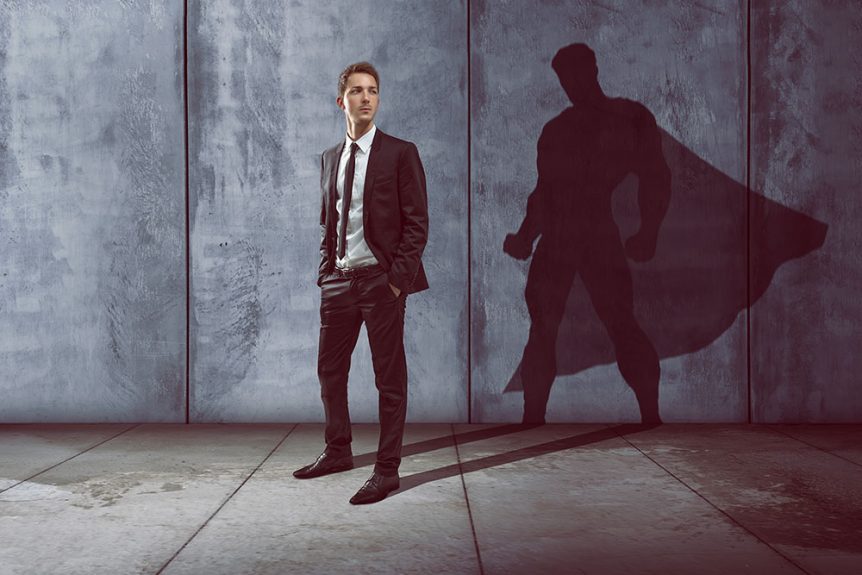 Leveling up usually is hard because there’s a lot of friction holding us back. That friction has to do with our neural pathways. The way that we think. When our mind thinks about something, it fires off these neurons across synapses in these neural networks. Then there’s these little chains and networks that are all linked together. Different thoughts firing off constitute different reactions, different emotions. All those kinds of things.

Leveling up in life really has to do with overriding almost who you are. Whether that means you’re interrupting the patterns that make you into the person that you are – or another method of doing that, leveling up is really difficult for most of the time. How do you go about actually leveling up in life?

Number one, the first way to do it is by surrounding yourself with the right people. You are the average of the five people you spend the most time with. You lay down with dogs, you come up with fleas. It’s so true. If you want to level up, the first way you can level up is to surround yourself with different people.

If you surround yourself with different people, something interesting happens. If you see people around you playing life at another level, if they are playing the game entirely different than you – you take notice. It’s not something that happens right away, but you eventually start to amend and change your behavior, your thoughts. What you think is possible in life, all those things.

Because you’re spending time with the right people, as opposed to the wrong people. The right people will inspire you and uplift you, whereas the wrong people will literally push you down. You’ll say, “Hey, I want to like achieve this and that in my life.” They’ll be like, “Pfft, don’t kid yourself. You don’t have the money or the connections or the skill set to do that.” How many times have most people heard other people telling them that they can’t do something because they weren’t smart enough, they weren’t connected enough, they didn’t have enough education, they didn’t have enough job experience?

Some of the founders of the biggest companies in the world literally dealt with these kinds of things for a long time, but it didn’t dissuade them. They pushed through. I’m not telling you to go out there and found the next Facebook or found the next Microsoft or Google or anything like that. I mean great if you are, great if you’re moving in that direction. But first and foremost, if you want to level up – you want to level up your business, you want to level up your life – surround yourself with the right people. Get around the right people. Surround yourself with good people. People that will inspire you.

When I was running my last business, and I had this business partner – who was just not a great person, that’s my opinion of him. I was around the wrong people. Because he was pretty much like the only person I was speaking to. Aside from that, there were like a few other people, but not very many – and not very many that were uplifting to me. I was just like – even though I was pushing forward and building this great business, I realized I was surrounded by the wrong people.

I went out there and I sought them out. It was just a really cool experience, a very surreal experience to be around those kinds of people. To be able to collaborate with those kinds of people. I don’t think that that was a mistake in my life. I think that if you are right now surrounded by the wrong people, and if you are – if things are not going the way that you want them to go, there’s a reason for that. There is a reason. It’s something in your gut is telling you to go in another direction.

Sometimes you have to listen to that. You cannot allow other people to diminish your spirit. This is one thing that I have dealt with for a lot of years. People telling me that I couldn’t do something or people not believing in me. I always wanted to prove people wrong. The point is really to be around good people. To be around positive people who are going to inspire and uplift you. That’s the first way to literally level up your life.

The second way to level up your life is to eliminate bad behavior. For me, for example – let’s date back to around circa 2011, 2012-ish. When I had made a lot of money the past, the prior like five or six years. I had just stopped paying attention. I started partying, I started spending a lot of money. I equated me spending money with my own happiness, and buying things for the people around me with my own happiness. That was my self-worth. I wanted to pay for everything so that people would be around me.

That alters your neurochemistry. I don’t care if you didn’t do it for a couple of weeks or a month. Six months it takes for all of the neurochemistry in your mind to get rid of it. So but the whole thing is like – we don’t notice that. Once we are accustomed to doing something, and we’re doing it all the time – like smoking a cigarette or drinking alcohol or whatever, smoking a cigar. It doesn’t matter – any of that stuff. What we don’t realize is how much it impacts our mind and our body and our spirit.

When you get away from those things, when you get away from toxins. After six months your mind becomes like a laser beam. Try it. Try it for a year. Try it for six months. At least a year. Try it for at least a year, and just change your behavior. It’s really hard for us, I think as human beings – because we want to escape. Because there are things underlying fundamental things in our minds, and in our hearts that we’re trying to deal with and cope with. We use substance as a crutch.

It’s so true. You have to treat your body like a temple. Worship it, as opposed to destroying it. You don’t realize you’re destroying it. The human body is very strong. It can take a lot of abuse. Millions of years of evolution in our DNA has created these bodies that can take a lot of abuse. But it can only take so much, and your mind is very susceptible to that abuse. You have to be very careful, and you have to be very wary of what you do.

Another way to level up is to track everything meticulously. What I have noticed is what I track grows. If I want to change my health, I track it. I track my weight every single morning. I’ve got this scale, I think it’s called the Yunmai or something like that? It has an app. It tells me every morning how much I weigh, how much body fat I have – and graphs it, plots it. I get to see all of it every single day.
The cool thing about tracking is you become conscious. When you don’t track, it’s easy to become unconscious. It’s easy to just ignore stuff. It’s kind of like when you’re overspending and you don’t want to look at your bank account or your credit card bills. You stop tracking it. When you stop tracking it, what happens? It falters. It gets out of control. You have to track what you want to grow.

Leveling up in life is really taking a look at the fundamentals of who you are. Because it all starts with you. You’re the entrepreneur, you’re the business owner. You are navigating the ship. Nobody else is. You can’t rely on somebody else to navigate, and you can’t expect somebody else to manage your own life. Your life – look at your life like a business, because it’s your life that’s operating the business.

I’m trying to make light of the subject, but it’s a very, very serious thing. Because you can’t level up. You just absolutely cannot level up in life continuing to do the same thing that you’re doing. There’s a saying that goes, “What brought you to the current level in life will not take you to the next level.” You have to change. You have to evolve. You have to grow and mature.

This is what I have to say for you guys this morning, dark and early here – extremely early here. But thanks so much for listening to me. Again, if you liked this podcast – please comment, subscribe, and definitely share it with your friends. Give it a thumbs up, whatever you can – and definitely on iTunes. I will speak to you guys next time.