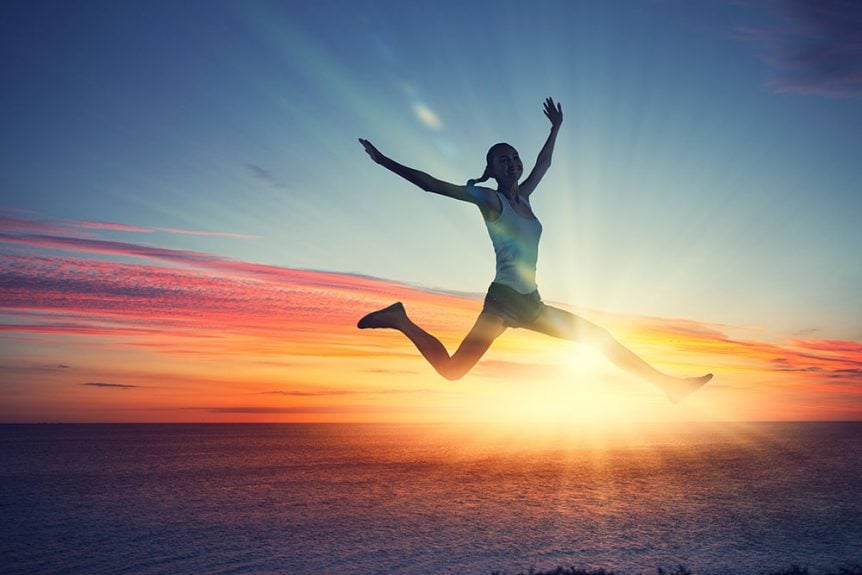 Hello and welcome to another episode of Business Secrets. My name is Robert Kanaat – founder of wanderlustworker.com, the premier online destination for all things inspirational and transformational.

Thank you so much for joining me here today. Today what I have to talk to you about is something uber important. Can literally transform your business, take it from zero to hero. Go from your six figures to seven figures, seven figures to eight figures. Literally marketers have been doing this non-stop recently. It’s not just recently, but it has it’s roots in the past, but it’s only been recently where it’s exploded on the scene.

I’m going to explain to you why it’s so powerful and how it can literally transform your business. Or even if you are not selling a tangible item – even if you’re just selling information, and you’re an information marketer. Selling a tangible free plus shipping item can transform the game for you. I’m telling you right now. There’s a reason why people like Russel Brunson and Dean Graziosi are simply crushing it with the free plus shipping model.

Now there have been several studies done, but I wanted to dive into why the psychology of this pricing is so important – and why as humans we are susceptible to this. We are susceptible to getting something for free. You might not be, but almost the entire population really is. I know that I’m a little bit resistant to it sometimes, but I am still drawn to something where it says – when it says, “free plus shipping.”

Let’s see why this is so important. Now to kind of like explain to you – I first discovered this from Russell, as Russell was doing these Facebook ads all over the place – and of course, Dean. But as Russell was doing these Facebook ads for a free book plus shipping, it really got me to start thinking about how this was so big? How this was so powerful?

I read a study by Dan Ariely, I believe it was. He did a study with Lindt Truffles and Hershey’s Kisses. He put it in – I believe it was a supermarket. What they did was – they placed a Lindt Truffle for 26 cents, and a Hershey’s Kiss for one cent. They tested how many of the participants actually took the Truffle versus the Kiss. Maybe it was in a controlled environment? I can’t remember.

There is real power in the word “free.” It’s just the fact that as consumers, we are resistant to buying something. The truth is that the average lead to opportunity link is roughly 84 days, and the average opportunity to closing that lead is about 18 days. This is really interesting. The average sales cycle length is about 102 days. The crazy thing is – from the time that somebody actually finds out about a product or service, to the time they actually buy it – it might not even be from you. But it just takes roughly that much time to get a prospect interested to buy something.

A lot of people think like they’re going to send out an email blast, and they’re going to get some sales. Well it doesn’t really work that way. You have to nurture your lead. You have to actually continuously follow up with them. You have to continuously send them an email sequence. I’ve talked about email sequences a little bit before, but I’ll probably dive into that further in an upcoming episode. My point is that it takes about six to eight touches for the lead to be sales ready.

The touches mean that you have to interact with them in some way for them to be ready for the sale. Obviously when it comes to email sequences, that means them getting actual emails from you. I’m a big proponent of sending out an email every single day. Now I’m getting way more into this now than I was before. I didn’t understand the power of this so much as I do today when I learned that Brendon Burchard has like 191 week email sequence. Some of the biggest marketers have these really, really long email sequences.

The reason why the free plus shipping is powerful, is because it brings down the resistance levels. Most people are not going to buy something that they don’t want. The fact is that people don’t want to buy what you have. You have to convince them. You do that by building an actual relationship with them. It all starts with the actual getting those people to become leads. You want to be able to effectively communicate with those people. The only way to really do that is if they become a lead. Then you can communicate to them directly in their inbox, and it’s a little bit easier to actually get in touch with them.

This is a really, really powerful thing. Free plus shipping – if you are not doing it today, it’s definitely something that you need to consider. You don’t need to ship everything out yourself. You can find companies that will print the books, and then you can find places where they will actually ship them out for you – drop ship them for you, whatever the case might be.

This is actually really, really powerful. What else is there about pricing that’s important? I wanted to dive into actual consumer psychology and consumer behavior. You know that people are resistant to buying things, because there’s just so much noise out there. That’s the reason why free plus shipping cuts through some of the noise. But I wanted to talk about a few other interesting pricing models.

Something that I discovered not that long ago is called “decoy pricing.” This was actually also described by the author of the other study. It’s really interesting, because The Economist – which is a magazine. Had a subscription model that was theeconomist.com subscription – which was a one year subscription to The Economist. It includes online access to all articles from The Economist since 1997. That was $59.

This is decoy pricing. Because let me tell you what happens when the middle option is actually taken out. theeconomist.com subscription. The one that got 16% of people that bought it when there were three options – got 68% of purchases. Because the price was significantly lower. The print plus web subscription got 32%. Obviously there is a significant decrease on the ROI. Because less people were choosing the more expensive option when you take the middle option out.

This is called decoy pricing. You’ll see this in movie theaters a lot, where they’ll offer something like a small size for $5. They’ll offer maybe a medium size for $8, and then they’ll offer a large size for maybe $9.50. You’re naturally going to go with the large size – because there’s more value, compared to the middle option. But if you take the middle option out and you have a $5 for a small and a $9.25 for a large – most people are going with the small, because of the price.

Price is very, very important. There’s big power in the word, “free.” Again, it takes a long, long time for people to actually buy from you. It’s not going to happen overnight. The only way to get those leads to come into your world, is to give them something for free. People love to receive things for free. I’m telling you right now – if you are not offering something for free, then you are literally doing yourself a disservice.

Now the reason why free plus shipping is so important, is because it gets people to raise their hands and say that they’re a buyer. Even if they’re only spending a small amount of money with you – they’ve raised their hands, and said that they’re a buyer. Because you also have their credit card now and their shipping address, and you can ship them stuff. That is absolutely fantastic.

You really need to identify who your buyers are by creating a free plus shipping offer. Find a way in your current existing business – if you are not doing this today, find a way to create a free plus shipping model that you can send to customers, to prospects. Find something complimentary. Write a book. Books are a terrific way to do this. But it doesn’t have to be a book, it can be anything.

One of the biggest free plus shipping models, it was some time ago. I think it was Perry Belcher and Ryan Deiss who did a credit card knife. It was a really, really simple credit card knife to their Survival Life Group – and they just crushed it with this, literally made millions of dollars with that offer.

This is something that you should definitely consider doing yourself. If you are not doing it right now, you need to strategize on how you can actually incorporate into this business. Because I think that it will make the difference of literally going from zero to hero. It’s night and day, getting all these prospects into your world – and then creating a relationship with them of course afterwards, and then being able to sell them other things.

Now the free plus shipping model also works when it’s the start of a sales funnel and you offer upsells in there. Literally the power of the word “free” opens you up to a whole new world of prospects. There are tons of prospects out there that you need to be reaching, and by using the power of the word “free,” you are getting into the trenches of their mind. It’s very hard to say, “no.”

I hope that you found this information really, really useful, really valuable. Again, if you enjoy this podcast – please like, subscribe, comment, share this with your friends. I’d greatly appreciate it. Definitely subscribe on iTunes. I will speak to you guys next time.