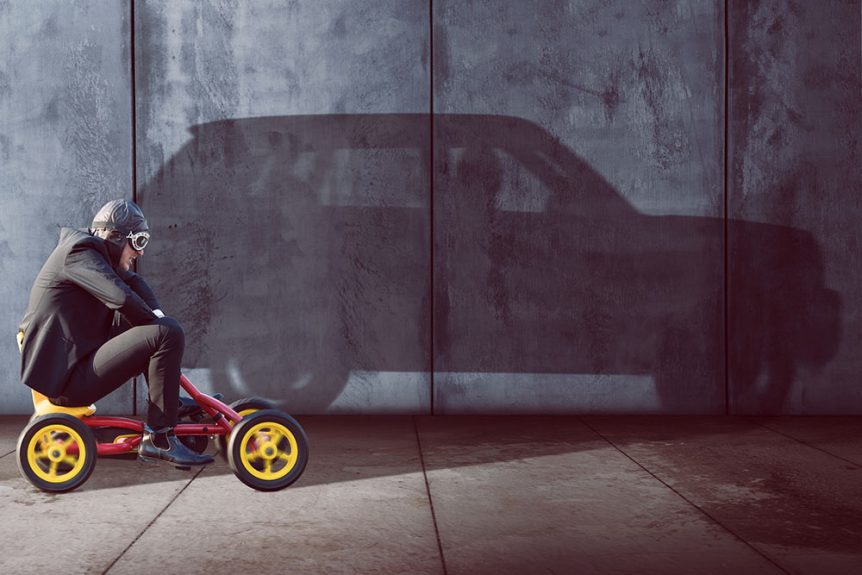 Hello and welcome to another episode of Business Secrets. My name is Robert Kanaat, founder of wanderlustworker.com, the premiere online destination for all things inspirational, personal development, goal setting, habits and all of that stuff. I wanted to thank you for joining me here today, and I’m really, really happy that you’re still listening to me. That means that you are getting some value out of this, and to me that’s the most important thing.

Today, what I wanted to talk to you guys about is modeling success. So how do you actually go out there and model success? So if you guys are fans of Tony Robbins, like I am – you’ll know that Tony Robbins often speaks about modeling success. So the best way to get successful is to go out there, find somebody who’s already successful, and go model that person, that company, that business – whatever it is, right?

So modelling success is probably one of the biggest so called hacks that you can take to actually get from zero to hero. No matter where you are, whether you’re six, seven, eight figures – scaling out, nine figures. Scaling out from where you are to where you want to be is a lot simpler when you can model success.

Now Russell Brunson calls this funnel hacking. He says that you should go out there and find the sales funnel that you kind of want to mimic, and go and hack it. That means basically just go out there and model it. So what he recommends is to find the actual sales funnel that works, that’s kind of like selling something similar along the lines of what you want to be selling. Go on there and buy everything, click on everything, and check all the up sells, the down sells – everything like that.

So modelling success is a very, very powerful way to get yourself to break out of whatever mold you’re in right now. So it’s pretty simple and pretty straightforward. Just that most people don’t actually go out there and do it. But I’ve found myself doing this from a very, very early age. I try to reverse engineer. You start with the end in mind, basically, right? So when you start with the end in mind and you work backwards – that works for anything. It works for goal setting, for example.

So modelling success is simple as that. You just start with the end in mind. So what is the end that you’re looking for, right? So are you looking to build an eight figure company, a nine figure company, a billion dollar company? You have to go out there and find that company and go and model their success. What are they doing? So obviously what you can see on the surface is only a very, very small representation of any business. So that doesn’t mean that you’ll be able to easily go out there and model a business that say has thousands of employees.

No. We’re not saying that. We’re just talking about kind of modelling the way that they present their sales and they do their marketing. Because this is important, because the sales and marketing engine fuels pretty much everything, right? It fuels the growth of a company. It allows them to get office space, to expand, hire more employees etc etc, right? So modelling the success of the company or the person that you’re looking for is really just that. It’s going out there–

You’ll know that in like a previous episode I talked a lot about going out there and actually doing email sequences and stuff like that, so that’s important. So you want to start with the end in mind, right? You want to go and subscribe to whoever it is that you think is really, really successful to their email list, and see how they’re sequencing works, right? Check out all the emails that they’re sending one after another, after another, after another. You model that success, right?

So when it comes to email sequencing, or when it comes to funnel hacking, or when it comes to goal setting – you can just model success by finding whatever or whoever it is that you’re trying to model after, and kind of reverse engineering that. I’ve done this a lot for example with SEO. With SEO – SEO is like a very, very confusing topic to a lot of people. But to me, as an engineer – as a software engineer, I am so into reverse engineering that I can go out there and literally find the content that’s ranking really, really well – and I can figure out exactly what those people are doing.

I could run it through different tests and analytic systems such as semrush.com, which gives a wealth of information – ahref’s, href’s. I can just check out all the reports that are coming back to me. Like who are the people linking to that? I can go look at the links, I can go look at the content from those links and stuff like that, and just reverse engineer it. I can see how many times they used a key word. I could check out their titles, I could check out their – how they structured the subheadings and stuff like that. How many images they have there. How long the content is. So you just start reverse engineering and reading and researching and doing all the stuff. You ultimately figure out what they’re doing to become successful.

Because Tony Robbins says that, “Success leaves clues.” That’s so true, because it does, right? I mean it has to leave clues because it’s right there for you to see. If something or someone is very successful, then they’re doing something in a certain way. It doesn’t mean that they are smarter or better at something. Maybe they are a little bit better based on experience. But the fact is that they just figured out the formula. You figure out the formula by testing, right?

So rather than going out there and incessantly testing things, why not just model the person or the company that’s really successful that you want to emulate? It’s so much easier than actually going out there and testing and testing and split testing and doing all these other things. When you know that somebody has it right, and you know they’re making a lot of money – then why not just go out there and figure out exactly what they’re doing? Subscribe to all their lists, buy all their products. Just really go down to the nitty gritty and do all of the research that you actually have to research to figure it out. Because that’s what’s important.

Again, if you have $5, you spend $1 on creating the product or the service, and $4 on marketing. Now not literally, right? Figuratively, kind of expanding that out. If you have $5000, you spend $1000 creating the product or the service, and $4000 marketing it. So that’s really, really important to understand. So if you go out there and you actually model somebody who’s successful, a company that’s successful – it’s so much easier. But keep that in the back of your mind that it really boils down to the marketing. Success in business, scaling to seven, eight, nine figures – ten figures, really boils down to sales and marketing.

If you have your sales and marketing done right, the rest of the stuff can sort itself out. But without that, right? How would you have the resources, the time, the money, the people to do anything else? You won’t. You will be living in scarcity, as opposed to abundancy. When you start living in scarcity, you begin to ask yourself certain questions, the wrong questions. The wrong questions that don’t actually fuel you to get you forward. So instead, focus on the sales and marketing. You have to actually go out there and model success, and the rest of the stuff – you can hire the right people. You can put the right teams in place. You can put the right systems in place. You can do all that stuff.

But if you don’t solve the sales and the marketing first and foremost– Now I’m not telling you to go out there and to make a sub-par product or service. I’m telling you to go out there and actually build and create something that’s of value. But really put your efforts into modeling the success of somebody or else or some other company. Then really throw yourself into the marketing of that product or service or information. Whatever it is, right?

So find whoever it is that you want to model, and go out there and model. Buy everything that they’re selling. Sign up to all their lists. Do all of that stuff. Actually spend the time reading and looking into what they’ve created, and how they’re marketing, and how they’re trying to persuade you. So you’ll find a lot of power in this. If there’s one thing that could kind of catapult you forward, it really is this. Because it is almost like a shortcut. It is almost like a cheat, right? It’s not really, but it kind of is.

So I hope that this helps you to go out there and really kind of figure out how to take your business the next level, and I hope that you got some value from this. Please, please, please subscribe, share, comment on this podcast on iTunes. I really appreciate it. So until next time, I will talk to you guys soon.