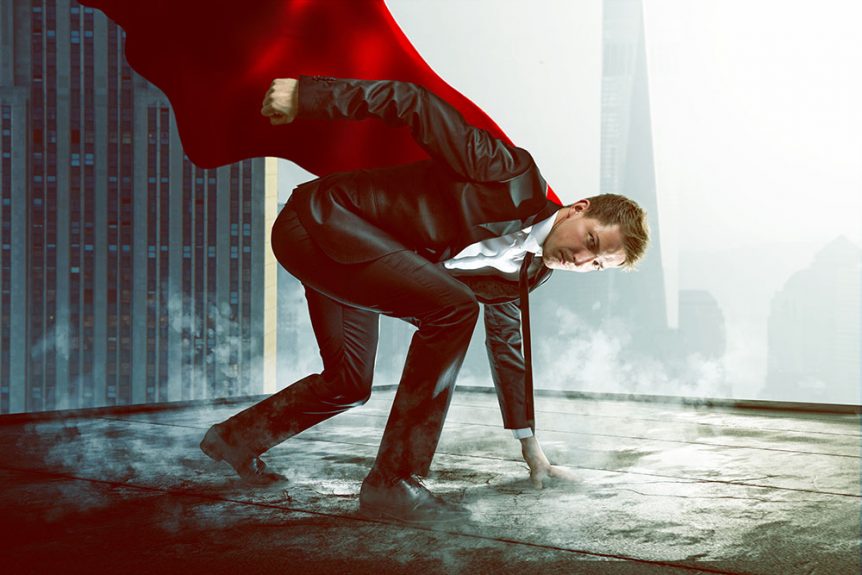 Hello and welcome to another episode of Business Secrets. My name is Robert Kanaat. Thank you so much for joining me here today. I am the founder of a website called wanderlustworker.com. It’s probably one of the most popular self-development and inspirational blogs out there in the world right now. I’m just grateful to be here with you right now. I’m grateful that you’re listening to me, and I hope that you’re getting a ton of value out of these short podcasts.

These podcasts are so great for me because I am a long form writer, right? So I think that’s kind of like what I am at the core, and a software engineer of course. But as a long form writer, I put a lot – I invest a lot of time into things like blogging and writing books. To be able to just get on a podcast and really kind of spill out what’s on my mind is so cool. The best part is that I found somebody who can transcribe these podcasts, and they actually will turn into blog posts. So there’s that, right?

Now in sales, that means that 80% of the sales is coming from 20% of the clients. So 20% of your customers are producing the 80% of the sales. Now that’s big, right? So that tells you that you have to pay more attention to that subset of clients. You have to figure out also how to find more clients like that. But the interesting thing is that this drills down even further, right? So within those 20% of clients, right – there’s another 80% of sales coming from 20%. So 4% of your clients are producing the bulk of your sales.

So that’s important because finding those clients is the key to really scaling out a business, right? So you have to build systems to find more people like that. You’ve got to drive the right traffic and re-target and do all this other stuff, which I’m going to talk about later in this podcast. But for now, understand the fact that 80% of your results are coming from 20% of your efforts.

Now that literally – they have done studies about this, and this literally applies like across the board – down to very, very finite and minute details. And so just realize that– Oh, and if you’re tracking your time, the great thing is that you can realize that – where your actual efforts are paying off, right? So like if you looked at your time in a day and you spent x amount of hours doing something like cold calling or following up on sales or whatever it is, right – that produce some results for you. Or building out sales funnels, another thing that we’re going to talk about later on. You realize that those efforts produced some big results for you, and you only spent a certain amount of time on it – you’ll kind of understand what this is, right?

So the Pareto Principle’s also called the 80/20 rule, and there’s a reason why it’s called the 80/20 rule. So this actually comes back to being very, very careful about how you spend your time and where you spend your time, right? Because there are small things that you do in the day that produce the biggest results, okay? So understand that you have to be able to identify where those efforts are, and then be able to scale that. So if you’re trying to scale your business to 7, 8,. 9 figures – whatever it is, right:? You have to identify where those efforts that are producing the biggest results are coming from basically, right?

So you have to figure out what you did or what you’re doing that is producing the biggest results. So that’s really, really important. The only way that you can do that is to be meticulous about your time, right? So coming back to yesterday’s episode, is to be really, really meticulous about where you spend your time. So the 80/20 rule is literally used by the top entrepreneurs in the world to scale, okay? They have to identify. They sit down and they identify where their efforts are paying off, and they put more focus on that. So we are talking about things that actually move the needle.

So figuring that out for everybody is a little bit different, right? So one way is definitely to be meticulous about your time. We talked about that. To manage your time properly. But it really just boils down to being acutely aware of what you’re doing, right? Figuring out where the best time that you’re investing is really paying off. So this is extremely important stuff. So if you want to build any type of business, you want to scale anything – you have to invest your time in the right places, right? You have to figure out like what efforts are doing–? What efforts are paying me the biggest dividends, right?

So that’s really, really important. So you have to sit down and kind of sort that out and figure out kind of where that’s coming from, to be able to scale that out further. Now I know that’s a little bit difficult sometimes when you kind of look back. Like if you sit down at the end of the day and think back like, “Hey, like what did I do all day today?” It’s kind of hard to think about everything you did, and that’s kind of – that’s also why it’s really important to take careful notes.

Within the week, if you do what I talked about in the last podcast episode about managing your time properly – if you do that within the week, then you can look at everything that you did, and then you can see where those efforts that you spent paid off the biggest rewards, right? So that’s pretty important. So you have to be a steward of your time again, and then figure out where you are investing the proper time.

But being aware of this principle is also something that’s pretty important. Because if you’re just aware that, “Hey, there are 20% of the things that I am doing in the day that are producing 80% of the results – like let me be aware of what that’s– Where that’s coming from and what impact that’s having on me.” So it’s simple awareness, will actually help you as well. So it’s not even a matter of like – hey, like you have to like sit down and track everything all the time, every single day.

No, you only have to do this until you actually figure out what’s moving the needle. Maybe it’s cold calling for you? Maybe it’s going out there and finding the right sales people who do the cold calling for you? Or maybe it’s a re-targeting, or maybe it’s building content that ultimately entices prospects to want to work with you. Whatever it is, right? Maybe it’s building out Facebook ads? Whatever that is, creating video tutorials on YouTube. I don’t know what it is, but you have to be able to identify, sit down and think about what that is – and put more effort into doing that.

So if you are scaling from zero to seven– Basically from six to seven figures, or like if you’re going from zero to six – things are going to be a little bit different for you. But I’m talking about really scaling a business to seven, eight and nine figures. So I’m taking about a six figure business, scaling to seven figures. Or a seven figure business scaling to eight figures. Only way to do that is by following the Pareto Principle. Because you have to figure out where the biggest results are coming from, and invest more time there.

So I think that this is a really, really important topic. I still remember like when I first found out about the Pareto Principle, I didn’t really believe it until I actually started tracking down like where money was coming from, right? So when I started tracking that down, I realized like, “Oh wow, like this is actually right. This is actually legit.” When I started looking carefully at my time, and where I was investing it and what it was paying off – I realized that this is so true.

So this applies pretty much across the board to everything. So don’t just think that it applies to just sales or money coming in. This applies to everything. For example, like working out. 80% of your results from working out are going to come from 20% of the efforts. That’s the efforts at the end, where you feel like you can’t go on. So it’s at that point where the muscle is strained the most – that’s where the muscle builds, right?

So it’s at that very, very moment. It’s at the end. When you feel like you can’t push any further. It’s that little 20%, by doing an extra couple of reps – that’s where the biggest gains are that are – biggest gains are coming from. So think about that the next moment you sit down, and you really take a look at your work – and you wake up and figure out like, “Hey, what do I want to do today,” right? “Where am I going to invest my time that’s going to pay off the biggest dividends?”

I think that’s super important, no matter where you are in business – because it’s easy for us to get side-tracked. But once we’re aware of things, once we’re conscious of things – there’s a little shift that goes on in the mind, right? You become more aware of it, you start to track it, you begin to build it. Anything that you track can build, okay? So I’m a huge proponent of tracking things.

So hopefully that helps you guys out. Again, this is Robert Kanaat with Business Secrets. Please go on iTunes and like and share and comment – and I hope that you subscribe, and I hope that you stick around for a long time. If you have comments, please go to wanderlustworker.com. Click on the “contact” tab. You’ll find my email address there. Drop me a note, drop me a message. Tell me what you think of these podcast episodes. Let me know what else you want, you guys kind of want to hear. So until next time, I will talk to you guys soon.