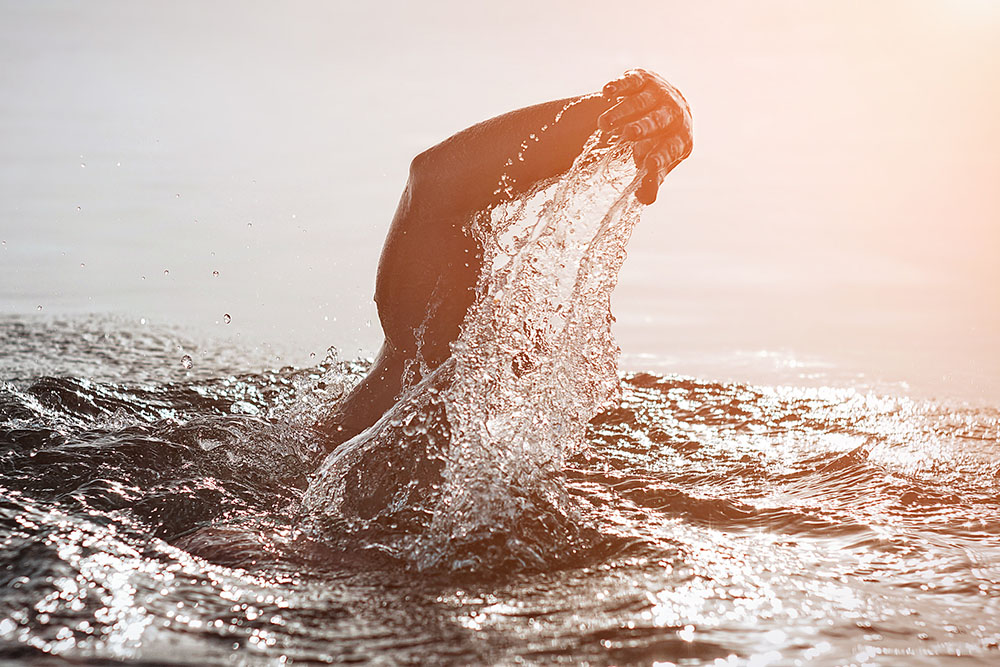 “Strength does not come from winning. Your struggles develop your strengths. When you go through hardships and decide not to surrender, that is strength.” — Arnold Schwarzenegger

Are you good at what you do? No. Scratch that. Are you great at what you do? This questions holds so much importance if you care about success by any measure. You see, here’s the thing. No matter what industry or niche you’re in, no matter what line of work, succeeding at the highest levels means that you have to be the best at what you do. Mind you, not just good. The best.  So many people hope and wish for a good outcome in life that they fail to pay attention to the little things. The truth is that they cut corners, take shortcuts and put in the minimal amount of effort expecting maximum results.

Well, news flash. It doesn’t work that way. You can’t expect to be the best at what you do if you can’t hold yourself accountable. Little things add up over time. And by cutting one corner, you’re not doing someone else a disservice. You’re actually doing yourself a disservice. Because, at the end of the day, you’re going to suffer. You might come away with some short-term gains. But there’s no way that it’s going to sustain you for the long term. So why bother? Why do the least and expect the most when true success expects the direct inverse.

Yes. You have to do the most amount of work with the least initial return. The problem is that most people aren’t willing to put in the work. Most people aren’t willing to do the most amount of work on the frontend. Especially when they get little returns. But in almost any endeavor, to become the best, it takes time. It won’t happen overnight. Nor will it happen quickly. But if you’re serious about reaching dizzying heights in your career, and in turn reaping the rewards of what that entails, then there are strategies you can employ right now to help you get there.

Why Do You Want To Be The Best?

Before understanding what it takes to be the best at something, you have to honestly ask yourself this question. Why do you want to be the best? What’s the reason? No, I’m not talking about those superficial reasons. Mansions and hypercars and private jets don’t suffice. You can’t expect real results when you focus on thing-related goals. Instead, you need to understand the real reason that’s driving you. And, no, it can’t just be to prove someone wrong. Sure, that could be a byproduct. But it can’t be the reason why you’re striving for excellence.

Look, no matter what you want in life, there has to be a solid underlying reason why you must attain that thing. Notice I said, must. Not should. Because, any way you look at it, achieving epic results is going to take some serious effort. It’s going to take every fiber of your being. So if you think that having a lukewarm reason for why you want something will suffice, then think again. It just won’t work. Go back into your own past. When you really wanted something. And I mean, really wanted it so bad that it hurt right down to your core. Didn’t you do what it took to get it?

Of course you did. And that’s precisely what it takes. The problem is that if you want to be the best at something, like being the best salesperson or the best husband or the best boss, it’s going to take all of you. And it’s going to take reaching for excellence for prolonged periods. Think in terms of years and decades as opposed to weeks and months. Yes, that long. Now that doesn’t mean you can’t get good at something rather quickly. You can. But to achieve real mastery, we’re talking a minimum of 10,000 hours and up invested in that endeavor.

How To Become The Best

I could likely dive into hundreds of little things that you can do to be the best. But when it comes down to it, there are really only 8 primary strategies that you need to wield to truly reach the pinnacle of your career. Will it happen overnight? Definitely not. It will take time. Keep in mind that whatever strategies you employ, it can’t just be for the short term. You won’t get results quickly. Remember that excellence takes time. But if you put in the work and you stay persistent, eventually not only will you be great at what you do, you have the potential to be the best.

1. Surround yourself with the right people

You can’t expect greatness when you’re surrounded by losers. If you have people who are holding you back, questioning  you, or making you feel bad for wanting to do big things in your life, it’s time to kick them to the curb. Find a new group of people. Go to masterminds and network with the best of the best. That’s what it takes at the end of the day. Get in the right room with the right people. Not only will that elevate your state of mind. It will literally put you in the middle of greatness, inspiring you and pushing you to reach that next level and onward.

2. Get in alignment with who you are and what you believe in

So many people simply aren’t aligned with who they are and what they believe in. They pursue some occupation thinking that it will help to provide for them into the future. While something might pay the bills in the short term, what you’re really sacrificing in the long term is so much more. Instead, get in real alignment with who you are and what you believe in. Then, go out there and do the thing that you’re passionate about. Don’t just do a job because everyone else around you thinks it’s the best thing to do. Go pursue your dreams. It shouldn’t feel like work at the end of the day. You should wake up excited day in and day out. If you’re not, then something is off. Don’t kid yourself about it.

3. Find something bigger than you as a driving force

At the end of the day, money or things are not going to fulfill you. There will always be another thing to attain. This is called Shiny Object Syndrome. We’re all running on this Hedonic Treadmill and it’s hard to get off. Don’t get sucked into it. Don’t give up your soul just to go attain things. Find something bigger than you. A sense of purpose. Something that will fulfill you at the end of the day. Money won’t do that. It never can and it never has. Contribution is the key. Add value. Give to others and help them in whatever way you can.

4. Always provide 10 times the value for what someone pays you in any capacity

People at the pinnacle of success give serious value. In fact, the more success a person has, the more indicative of the value they’ve given to the world. And the most successful people in the world who’ve attained the highest levels of wealth, have given the most value in exchange. The problem is that most people don’t think this way. They don’t think about giving value. Instead, they think about taking value, always eyeing what they can get from an exchange. That won’t help you reach the top of any field or accomplish any meaningful goals whatsoever.

5. Be Tenacious And Relentless In Your Pursuit

You’re going to fail in life. You’re going to fall flat on your face in business. It’s not being melodramatic. It’s just the truth. If you plan for things to be rosy and a walk in the park, you’re going to be seriously let down. But it’s not about failure. It’s not about how many times you fall. Rather, it’s about how many times you get up after you fall. An old Japanese proverb states the following. “Fall down 7 times. Stand up 8.” All it takes is just one home run to knock it out of the park. After that, the failures won’t even matter.

6. Build An All-Star Team Of Professionals

No one ever became the best on their own. In history, no person ever created monumental success by relying solely on themselves. You have to find others who will help you in any endeavor. You can’t simply try to do everything yourself. This includes things like outsourcing and bringing on people to your team such as accountants and lawyers and fitness experts and coaches. Whatever the need might call for, you need to get those people around you and do it immediately. Don’t be shy or afraid to pay for what someone is worth. It makes a world of difference.

7. Be Meticulous And Detailed In Your Approach

True success requires a meticulous nature. It means dotting your i’s and crossing your t’s. You have to be detail-oriented. You can’t simply let things slip through the cracks. It makes a difference in the long run. You might not think it does in the interim, but I assure you that it does. And, if you’re not detailed enough on your own, find someone who can be detailed for you and hire that person. You simply can’t build a big business or achieve any measure of success by ignoring the little things that eventually add up over time.

The Secret To Real Success Is Discipline

Anyone who wants to be great at something needs discipline. Plain and simple. Without that as an underlying tenet, you can kiss your chances goodbye in any endeavor. If you’ve gone through the pain and heartache and upset of not being able to achieve something monumental in your life, and you’re tired of giving up and failing, then my heart goes out to you. But I also know that when you develop true discipline, the world can literally become your oyster. Nothing can stop a discipline person from being the best or achieving the highest levels of success. It’s only a matter of time.

No matter what anyone says around you. No matter how much they make fun of you or call you out for dreaming too big, with the right amount of discipline, anything is possible. Literally anything. Don’t let anyone else get in your way. Don’t allow anyone else to tell you that your dreams are ludicrous or that you should give up your hopes and “play it safe.” Never give up on your hopes and your dreams. Never allow people to dissuade you from reaching the top of any profession or field.