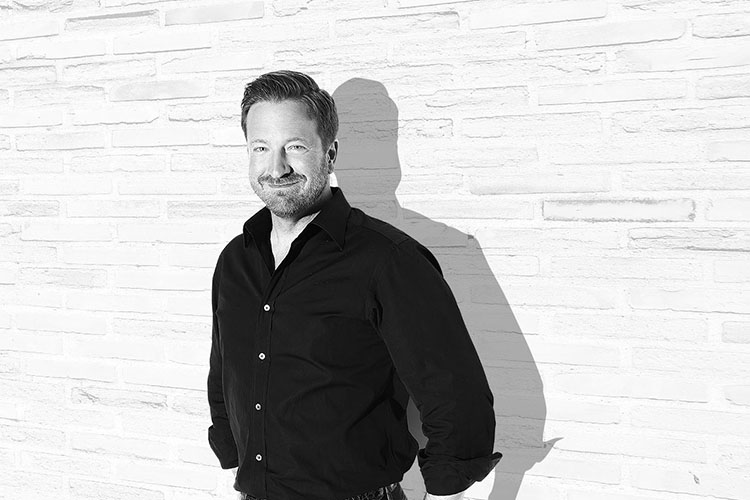 On May 7, 2003, the Federal Trade Commission dropped off an 11-pound stack of paper at Frank Kern’s house. Kern, engrossed in a conversation in his driveway on a cordless phone, was closing on a property at the time.

He assumed the papers were related to the real estate transaction, or perhaps the investment account he had recently opened at Morgan Stanley. He had no inkling the United States government was suing him, but that’s exactly what they were doing — FTC vs. Frank Kern.

And Kern’s life — newly married with a 9-month old daughter — was instantly flipped upside down. His assets were frozen and he lost it. Long before he became one of the leading business coaches in the world, Kern’s old life as the godfather of internet marketing led to a sudden and almost cataclysmic financial collapse.

To this day, Kern cringes when he tells the story. During a two-hour conversation I could hear just how much that situation still stung. At that moment in his life, time stood still. A torrent of fear mixed with anxiety, percolated like a steaming cup, overflowing with untethered stress, and replete with questionable what-if scenarios encircling his mind.

Kern’s website effectively said that he had made a $100,000 dollars and that you could too. The FTC took big issue with what amounted to an unsubstantiated income claim, which you simply cannot do. Kern was in the FTC crosshairs because of his early and meteoric rise in his marketing pursuits. He had made a fairly obscene amount of money early on. The FTC took every last dime he had in the bank as a settlement and forced Kern to promise never to do that again.

While Kern did survive that situation to go on to becoming one of the world’s most sought-after business coaches, that particular situation shaped him. It was a primary and painful inflection point in his life. He responded with massive amounts of action, springing into a life-or-death pursuit of his goals.

The importance of business coaching.

Kern’s journey included his involvement in some of the biggest and most profitable product launches in history. From working with John Reese on his million-dollar-earning-day traffic secrets course, to launching Annihilation Method with Neil Strauss, or helping to create the wildly-popular StomperNet, Kern has had his hand in a variety of dealings.

He’s also launched Mass Control, one of the most successful digital products and still selling to this date, which has easily grossed more tha $10 million worldwide. Through this ultra-successful past, Kern discovered a thing or two about building high-converting offers and sales funnels filled with slick-copy-laced email sequences.

While many consider Kern the godfather of internet marketing, he’s turned to business coaching as a conduit to profit that doesn’t require working with multiple personalities and affiliates, as is the case in product launches.

But another thing dawned on him. Kern realized that his skill set and experience in marketing and sales could quite literally revolutionize and transform the bottom line and quality of any existing business. For that reason, he took the plunge into business coaching.

Today, Kern is considered the top personal and business development coach in the world behind Tony Robbins. He earns upwards of a million dollars in any given month from revenue and royalties solely from his coaching (not to mention his digital product sales), and he’s sought after by celebrities and Fortune 500 executives who rely on his knowledge to help transform their businesses.

Kern breaks down business and marketing into manageable, bite-sized chunks that anyone can understand and digest. He is a smart, savvy marketer with an inherent understanding of business processes, how to building converting offers and the deep intricacies of buyer psychology.

He is a wizard with words, able to sway any crowd to purchase whatever it is that he’s peddling. By being an all-around relatable guy, he appeals to the masses with precision. It’s impressive to hear him speak to an audience, no matter what its size.

According to Kern, his processes are all replicable. In fact, he only believes in replicable processes that don’t require an element of surprise in business. In his eyes, that element of surprise takes the pure conversion analytics and metrics out of marketing. For example, he’s not a firm believer in areas like SEO, but rather understands the true nature of building and scaling a high-converting offer.

Here are five reasons why businesses need a coach.

1. A good coach helps position you to the right audience.

Business coaches can help to position your company, your products and your services to the right audience, which is crucial.

The truth is that you need a very specific customer in mind, with a specific age, preferences, location, mindset, hobbies and so on. The better you know your customer, the better you can market to that person. If you don’t know your target demographic that well, then you’re wasting your time and your money.

2. Framing your company in the right way.

Business coaches like Kern know that framing is a huge key component in selling. But most businesses don’t know the first thing about framing the right way to the right audience. It’s not just about targeting and marketing to the right individual; it’s also about framing your offers in such a way that people know what to expect.

For example, in today’s internet climate, websites are the digital faces of businesses. Consumers look to the website for a hint on what to expect from the business. This is the perfect opportunity for framing. It’s not just the aesthetics here that matters, but also the copy and the strategic implementation of sales funnels, lead magnets and more.

3. Help you to properly bond with your prospects.

Business coaches like Kern, who command up to $100,000 for a retainer plus royalties on sales, know specifically how to bond with prospects. Over decades of exhaustive experience and practice, Kern has been one of the best rapport-building individuals who can quickly relate to the average consumer.

That’s not a skill that’s easily developed. It comes after excessive practice and testing different scenarios and watching the results. However, the better you can bond with your prospects through a “warming” email sequence after they’ve entered your sales funnel, the easier you can sell things on autopilot.

Kern’s primary method for making money online is through education-based marketing systems. He’s a firm believer in the fact that if you first form the bond with the consumer, and you help them to achieve some value before you ever sell them something, and give them some results in advance, they’re going to be huge proponents of whatever it is that you try to sell.

However, building education-based marketing systems involves deep and firsthand knowledge in the proper tactics and strategies that work today. It includes getting a lay of the land and understanding the prospect, and then, and only then, designing free education that delivers massive value around whatever it is that you’re trying to eventually sell them. There’s definitely a right way to do this and a wrong way to do this.

#5 — Selling on autopilot and increasing conversions

Businesses coaches can help you sell on autopilot without having a massive sales team to do all the selling. If you simply set yourself up as an authority, create the right sales funnel with the right type of education and warming sequences, selling on autopilot is easy to do.

You have to consider that your prospects have a problem and they come to you for a solution. Once you know how to make small little tweaks to the selling process, you can increase conversions by a large margin, not just by getting more leads, but by extracting more money out of your existing customers. It takes precision, ninja marketing to do this.