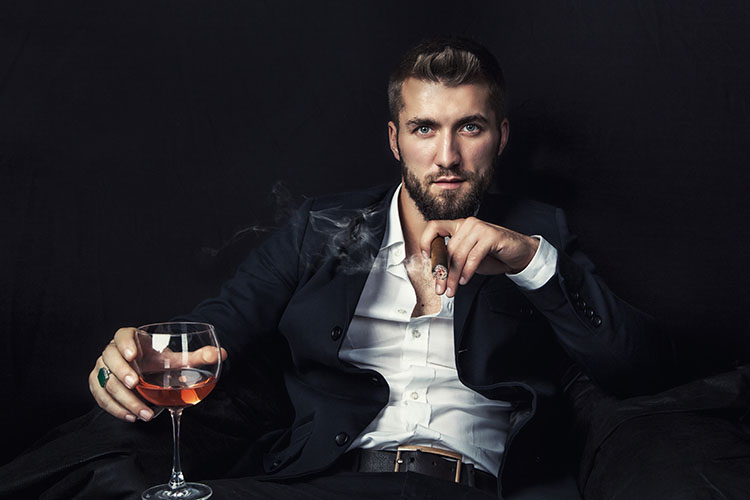 “We like things to manifest right away, and they may not. Many times, we’re just planting a seed and we don’t know exactly how it is going to come to fruition. It’s hard for us to realize that what we see in front of us might not be the end of the story.” — Sharon Salzberg

We are all interconnected. On an atomic and sub-atomic level, our energy and the fundamental building-blocks of our matter are all intertwined. Our atoms connect to the atoms in the air, which then connect to other organic matter, humans, animals, plants, trees and everything else.

While the complexities of life after billions of years of evolution have created a diverse set of organisms here on earth, we still all stem from the same, single source, which can be traced back not only to the very beginnings of the earth’s existence, but also to the start of the universe itself, and time as we now know it today.

It’s that single source of energy and the random mutations after countless iterations in the tree of evolution that have created the unique beings that we are today. We are all different in small ways. Yet, some of us are different in very big ways. Not just in our physical appearances, but in our mental, emotional and spiritual states.

With all of this differentiation comes a wide-ranging approach to one common theme that binds us all: money. Money, in fact, is simply a story. It’s the most successful story that humanity has ever created. Beyond the invention of language, which enabled communication, money has enabled commerce, and has moved us beyond merely bartering for, and exchanging goods and services as we once solely did ages ago.

Simply put, money is just a story that someone invented and that took hold. It was decided, that some particular shape of coin, or inlaid metallic object, and piece of paper was worth more than the material it represented. This started out as a thought in someone’s mind. That thought is now commonplace. We now expect that a piece of paper with a certain number on it, with a specific color and other identifying elements, is worth something more than the paper it’s printed on.

Can you imagine telling that to a person thousands of years ago? They would have laughed at you. But that thought took hold and it became a story. It was a story that was told and retold by countless others across hundreds and hundreds of years during modern civilization before it became a self-evident truth.

The thoughts in our minds, which pass as energy across synapses in our neurons, help to move us towards or away from any one objective or outcome. What we think, we actually become. Money, in effect, is simply a thought. It springs to life from the energy in our minds.

However, I know the general frame of mind here is that you can’t manifest money into your life by using the Law of Attraction. Yet, over and over again, people use this precise technique to help them move towards greater financial prosperity. You’ve likely even heard of people “willing” themselves into winning the lottery and receiving other types of windfalls.

We can easily manifest money into our lives, or anything else for that matter, by expecting it to come to pass. Wishing and hoping doesn’t work. The Law of Attraction is founded on an expectation of a specific outcome. It revolves around the potential positive or negative energy that a given thought takes in your mind. When you expect the worst to happen, it often happens. When you expect the opposite, that often occurs as well.

This isn’t mumbo jumbo or some pseudoscience; this is real and exact. There is a precise way to manifest virtually any amount of money into your life over time using the Law of Attraction as long as you don’t waver from your approach and your expectation of that outcome. As long as you don’t get discouraged and give up on that expected outcome, it will eventually come to pass.

Yet, things might take longer than you expect for them to occur, and that’s quite alright. Not everything will happen within the timeframe that we decide for them to happen. In fact, it’s often far-removed from that. But as long as we don’t waver in our expectations and don’t falter in our persistence, they always come to pass. Always.

Manifesting Money Into Your Life

However, beyond the mere expectation of money to arrive, there are other ways to go about actually manifesting your so-called windfall of cash. Just keep in mind that you can’t waver in your expectation. While bad things might happen to you, as long as you hold that expectation high enough, it will come to pass over time.

#1 — Know That It Will Eventually Happen

The first method for manifesting money into your life is by knowing that it will happen. You quite literally cannot anticipate it to occur if you don’t know, wholeheartedly, that it will come to pass. You need to know it and you need to own that you know it. Regardless of whatever else is going in your life, knowing that something will eventually happen is an incredibly powerful way for manifesting things.

Now, don’t get me wrong. If you’re flat broke right now and you’re trying to manifest $1,000 to pay your rent this month, you can’t expect it to happen. The reason is because fear-based thoughts are consuming your mind. And since like attracts like, you’ll end up attracting more and more negativity than you will a positive outcome.

Most people live in this negative realm, so it’s considerably difficult to manifest money, or anything else for that matter, when this is the case. However, when you know that something will happen, your faith helps you to transcend that fear. This won’t work in the short term. The Law of Attraction takes considerable energy produced over an elongated period. Not days or weeks. Think months and years.

#2 — Plan Around Your Expected Outcome

Everything in life — all that surrounds us and we deem as material or real — is in fact simply abstract and a fabrication of our minds. Our reality isn’t base reality. Seriously. There’s only a 1 in billions chance that what you’re experiencing right now is in fact real.

Looking at matter and energy on a quantum level, where something can be in two locations at the same time, you can extrapolate the fact that our reality isn’t base reality. Couple that with the advancement of technologies over the past 4 or 5 decades, and you can simply imagine that life can be one big simulation.

Whether or not you believe that is immaterial. What’s important to note about that is that anything can be manifested into your life, including money, relationships and specific situations, as long as the energy is directed towards a particular end. And, to help that energy along, you need to plan around your expected outcome.

For example, if you’re looking to create more income or manifest a big payday, you need to plan around that expectation. Imagine when someone tells you that they’re coming to visit and they’ll be staying at your house in the guest bedroom. You plan your life in accordance with that expected outcome. You prepare the bedroom, clean the house, wash the sheets, and so on.

Similarly, if you’re expecting to have more money arrive into your life, you have to plan for that occasion. Go tour open houses in your dream neighborhood. Go test drive your dream car. Start planning that dream vacation online that you’ve always been wanting to take. Plan it. When you plan it, it becomes more real and slowly manifests into your life.

#3 — Envision It Coming To Pass

Another way that you can manifest money into your life by using the Law of Attraction is by actually envisioning it coming to pass. The deeper you’re able to envision it, the more likely you’ll be to see things through. Oftentimes, we can’t envision something incredible happening in our lives because we try not to set ourselves up for disappointment, thus we impose self-limitations that stifle us from achieving our dreams.

While planning can help you to expect your outcome, if you can’t actually see it coming to pass in your mind, there’s no way it’s going to occur. If you can consider that everything in your life, whether or not you want it or not, was once a figment of your imagination, you’ll realize that you hold the power to turn your dreams into reality. This is real and its exact and it’s specifically how some of the most famous people in the world achieved success.

Jim Carey is infamous now for having done this specific thing in his life. In 1985 through 87, Carrey would drive up onto Mulholland Drive in Los Angeles, looking at houses, and he would imagine all of these things in his. He would imagine the big house, the cars, respect from directors, more opportunities than he knew what to do with, and so on. Keep in mind, at the time he was flat broke.

However, Carrey isn’t the only famous person to do this. Many actors and famous people have manifested money and all their other dreams by simply adhering to these Law of Attraction principles. It’s quite possibly one of the most powerful ways that you can achieve all of your financial dreams.